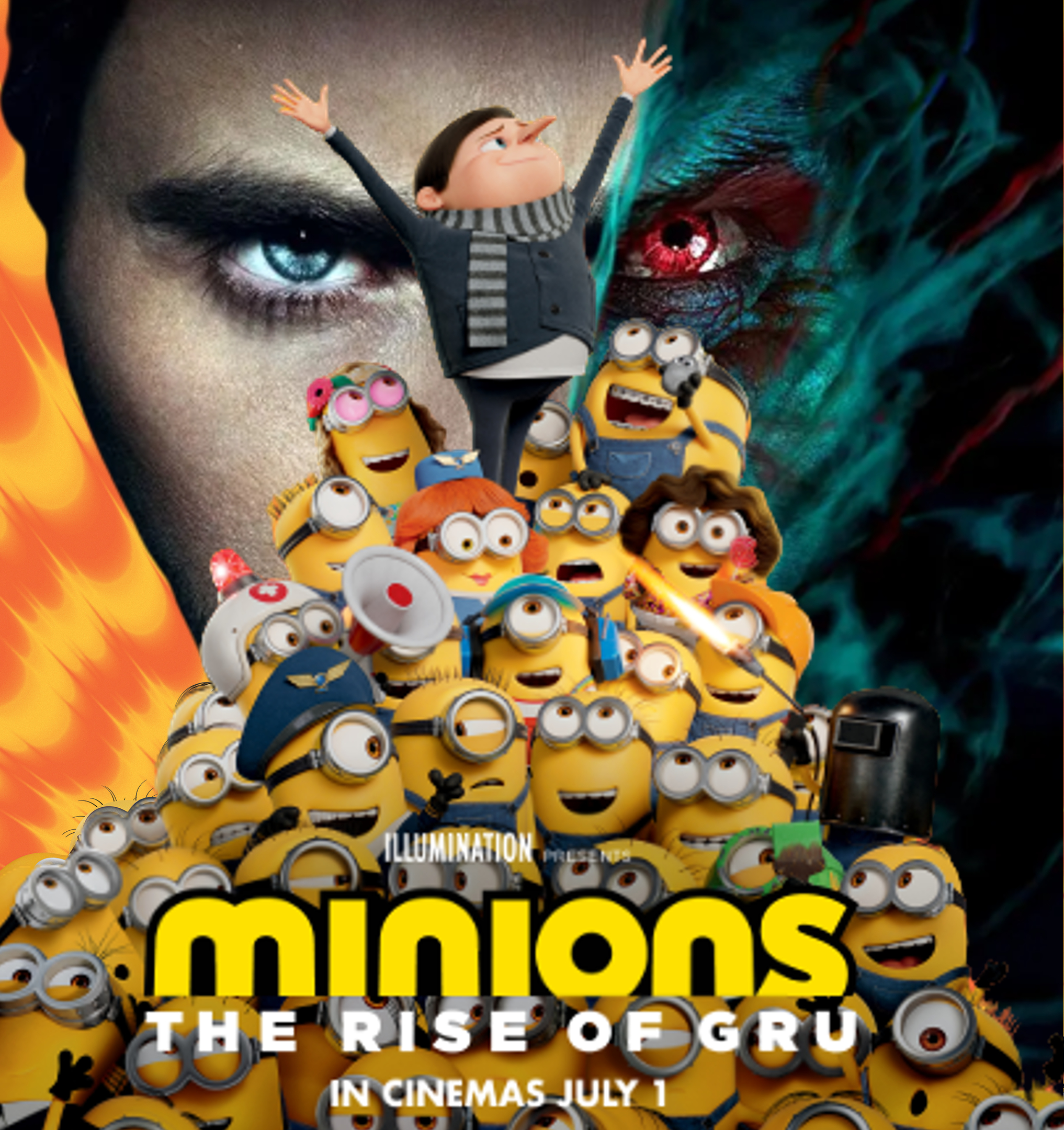 Tom Eugene Robbins is an American novelist who, by all accounts, had an unremarkable life outside of his relative fame. He wrote some pieces and some novels, is said to have done LSD with a fellow author, and the only time his work has entered my own life is the one time I read his quote “the French say that the best part of an affair is going up the stairs.” This was the quote going round my head whilst I was watching the 2022 kids film ‘Minions: The Rise Of Gru.’

And it won’t surprise you to know that it is, in fact, a serviceable kids film by a studio who have been churning out serviceable kids films for years. It has that loud, almost-too-annoying-to-be-ironically-enjoyable brand of Minion comedy, an almost fetishistic desire to show the bussys of the protagonists, and the film seemed to play the “it’s not offensive if we make light stereotypes of EVERY demographic” card, but that was all expected. It’s a Minions film. The fun part was the walk up the stairs to the screen more than the film itself.

This is the second time in a year that many of us would’ve seen a film we wouldn’t normally see due to memes. ‘Morbius’ is an objectively terrible piece of filmmaking, but Sony re-released it because of the popularity of online posts; sure the re-release flopped, but both films show that online posts can make hundreds of thousands of 16-25 year olds see a film outside their usual demographic. And if I can see that, you can bet the legions of film studios who chase every single trend have seen it too.

In the coming years we will see a wave of film marketing campaigns aimed at making a film thousands have spent years working on look as “memeable” as possible, and us Gen Z students are pebbles on the seafront wall. We need to learn how to enjoy these types of films responsibility, i.e. sharing the TikToks, maybe seeing it on streaming services or at York Student Cinema when it comes to those, but never ever paying full price for a cinema ticket. That’s just giving a film studio culture that will literally do anything to the art of cinema for a few quid what it wants.

If you do want to see the film Minions: The Rise Of Gru, do go and see it, you probably won’t regret it if you’re into that kind of jazz. But if you’re only going because of what you saw on TikTok and Twitter, save your money for something else. Because chances are, the best part of the film will be the walk up the stairs.