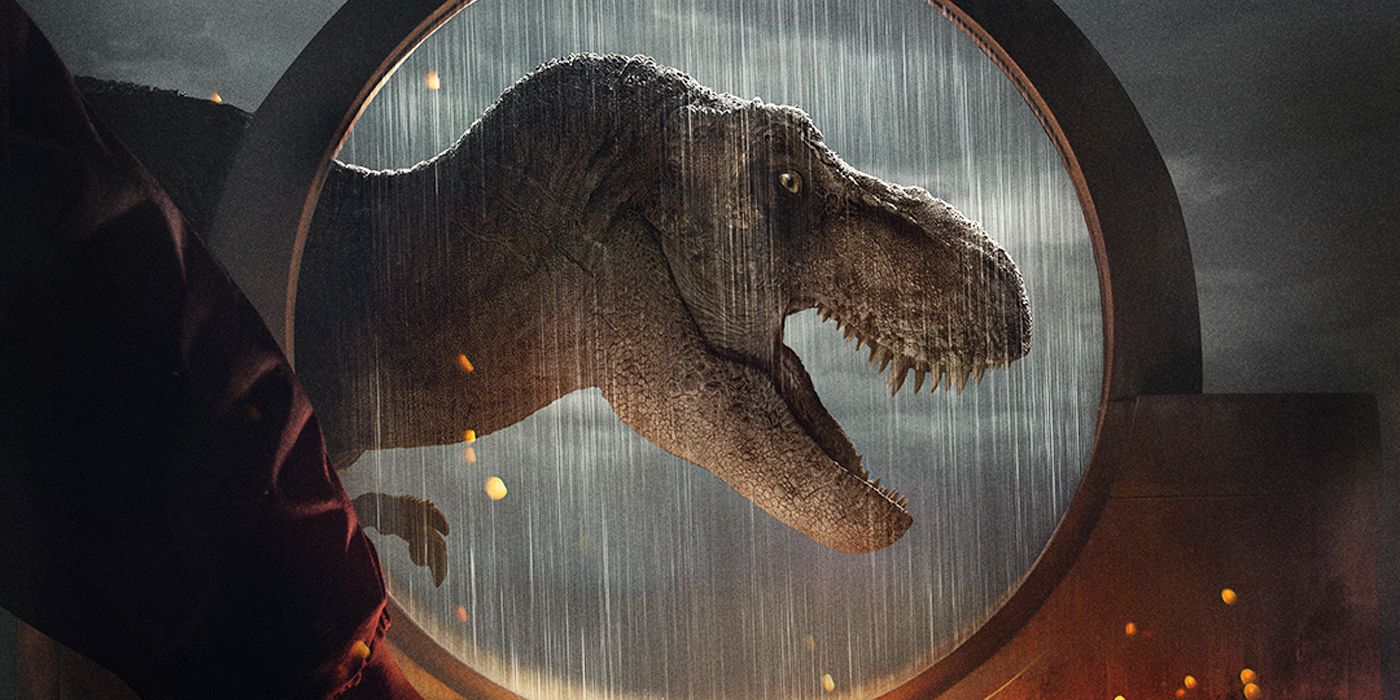 This month saw a ground-breaking sequel to a much beloved 20th century film grace movie theatres across the world, brewing tears of nostalgia and roars of excitement amongst every critic who witnessed its long awaited return. And no… that blockbuster triumph was not Jurassic World Dominion.

Colin Trevorrow’s long awaited finale to the Jurassic Park franchise is no critically acclaimed ‘Top Gun: Maverick’, however that’s not to say that Jurassic World: Dominion isn’t also an enjoyable watch. An abundance of dinosaurs, nostalgic music and a well-paired meshing of old and new dino experts manages to salvage the film from the messy plot and confused premise that should have killed it.

Jurassic World: Dominion opens to an planet overrun by dinosaurs and sees Owen (Chris Pratt) and Claire (Bryce Dallas Howard) racing to save their adopted daughter/vastly sought after clone Maisie (Isabella Sermon) after she is kidnapped by Biosyn, a company trying to disrupt the world’s already teetering food supply. Jurassic Park scientists Alan (Sam Neil), Ellie (Laura Dern) and Ian (Jeff Goldblum) are dragged back into the prehistoric mix as well, aiming to reveal these nefarious deeds to the rest of the world.

Oh and the main creature being manipulated into disrupting crops and destroying the civilised world; not the abundance of deadly dinosaurs already wandering the planet… but an artificial swarm of genetically modified locusts.

The movie’s opening moments anticipate quite a refreshing and intriguing premise. Watching dinosaurs wander the planet, confused and out of place in the modern civilisation that has consumed them is hugely fascinating and exciting. Yet, despite such a prime environment for wondrous and dramatic interactions between humans and dinosaurs, the film shortly gets lost in a mismatch of foreign escapades, black market hijinks, a tech billionaire gone bad, apocalyptic end of the world metaphors, some predictable Godzilla vs Kong moments and a bland confusion of action genres.

To manufacture villainous destructive insects when there is already a world brimming with organic tension between dino and man feels like an incredibly poor choice, and a betrayal of the magic that Jurassic Park’s initial debut once relied on. Following this, villain Lewis Dodgson feels lost for motive and the editing in some scenes appears rushed, or at least exists as an attempt at hiding poor CGI. Even the acting amongst these iconic actors feels subpar, with every character boasting at least one poorly written or poorly delivered line.

However, despite poorly made or unfocused creative choices, there is enough nostalgia to keep fans and families in their seats.

The energy in this film is inescapable. There are certainly enough elements of electric action and tingly tension to keep audiences engaged and on edge. An abundant variety of both friendly and terrifying dinosaurs is spattered throughout the film, and while they don’t appear to be a main plot device, another encounter with the beasts of the Jurassic franchise will make any fans’ hearts race. At the very least seeing Blue with baby Beta is an ‘awe-worthy’ moment for any theatre crowd.

Pratt, Howard and Sermon still do relatively well as family leads, and new cast members DeWanda Wise and Mamousdou Athie are sure to become fan favourites despite underused screen time. However, it’s the return of the original trio – Neil, Dern and Goldblum – that will be remembered fondly by every viewer. One specific moment where camera pans, the Jurassic theme surges and the legacies and newbies come face to face is sure to make every longtime Jurassic Park fan shed a tear.

And without a doubt, Jeff Goldblum remains the brightest star in the Jurassic sky. His wit and perfect comedic timing once again shine and no scene of his, at the very least, is boring. The fact that he is absent for a majority of the story is this film’s real crime!!

Reflective thematic conversations, thoughtful pairings (including Ellie with Claire and Owen with Alan), and loving call backs all build a nostalgic atmosphere of adoring fan service and reminiscences. Sure this may not work for every viewer, but the cheers and tears it creates are enough to ensure a cinema trip to this film is worthwhile. Plus seeing dinosaurs on a big screen is always cool!

And these dynamic dinos really save the film. In particular, it’s the closing light-soaked shots of dinosaurs simply existing on earth – running amongst horses, swimming with whales, plodding across the plains of Africa alongside elephants – that are able to bring back the original wonder and magic that first blossomed in Jurassic Park almost thirty years ago. It’s just a shame viewers need to wait two and a half hours to witness it.

While this is not the epic ending fans and critics may have hoped for, it is mildly satisfying and hits most of the right notes of nostalgia to leave fans, old and new, cheering, crying or, at the very least, humming that iconic theme song as they exit the theatre.

Don’t expect perfection, and be ready for more locusts than any viewer would expect to see in a movie marketed around dinosaurs. But enjoy the mildly interesting ride. Bask in the dinosaurs, smile at the fun filled mashup of old and new casts, laugh along with Goldblum’s wit, and appreciate one final cinematic echoing of John Williams’s mystical original theme.

Because even in subpar movies – life finds a way.