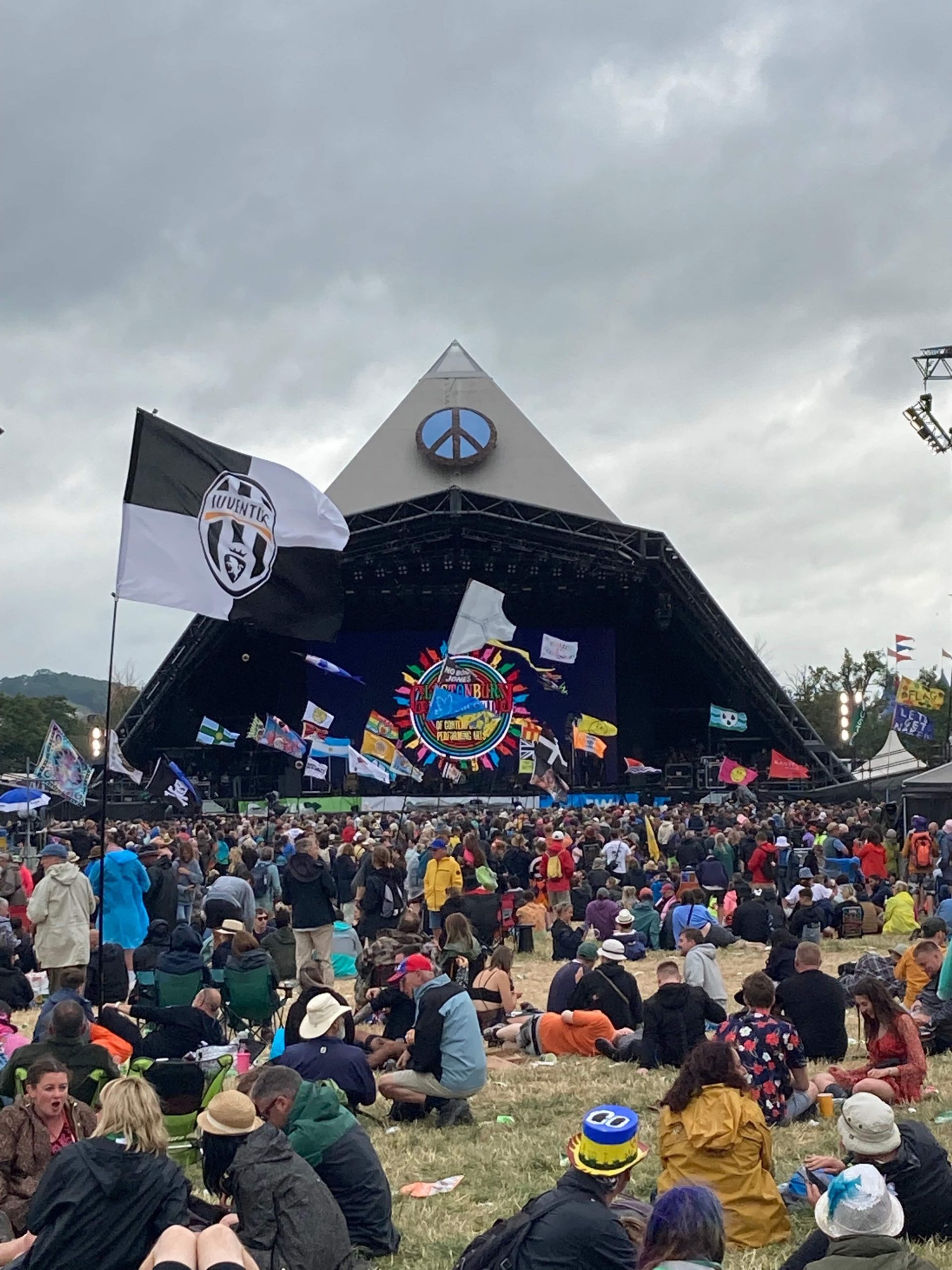 The first Glastonbury Festival since 2019, still effectively the event’s 50th anniversary, was descended upon by attendees with an overdue thirst for music. Crowds swarmed across Worthy Farm with their usual brazen approach to cleanliness for a five-day express train of artistic oddities, all circling a magnificent trio of Pyramid Stage headliners.

Considering this historical performance from Glastonbury’s youngest ever headliner, it would be easy for Billie Eilish’s set to be peppered with condescension from those present. Yet to Billie, age is an afterthought. Few headliners electrify a festival crowd with such intensity, energy and ghoulish wonder. The stage is scarcely lit and decorated minimally – throughout, Billie is only ever accompanied by brother Finneas and drummer Andrew Marshall. Theatrically opening with ‘Bury a Friend’, Billie prowls the stage like a John Carpenter villain. Between songs she is amicably charming, in severe contrast to the heaviness of her lyrics about power imbalance, emotional abuse and betrayal. Closer ‘Happier than Ever’ has the Pyramid Stage almost ablaze with a pyromaniacal firework display forming an appropriate accompaniment to the song’s incendiary build.

Four times the age of the previous night’s headliner yet dismissive of his dotage, Paul McCartney’s enormous 38-song Saturday night performance was perhaps one of the 80-year old’s finest three hours. Accompanied by an experienced band, the octogenarian’s passion for his craft results in some of Glastonbury’s greatest singalongs. ‘Hey Jude’ echoes the festival grounds long after the performance’s conclusion, while special guests Dave Grohl and Bruce Springsteen – the latter’s rendition of ‘Glory Days’ adding to the list of crowd-sung masterpieces – added additional flair to proceedings. Between songs, Macca biographically narrates stories from his time as a Beatle. As he does so, a stunned crowd takes the time to reconfigure their vocal cords for the seemingly never-ending conveyor belt of anthems tumbling from the Pyramid Stage.

Come Sunday night the baton is handed to Kendrick Lamar. The Pulitzer Prize winning Compton rapper’s stage show is minimal. Accompanied by two groups of dancers – one male and dressed in all white, the other female and dressed in all red – Kendrick never allows overly ambitious stagecraft to obscure his lyrical and technical chops. Balletic theatrics are present, but most of this headline slot is dedicated to demonstrating the already phenomenal discography of one of the more inspired Glastonbury headliner choices in recent memory. Progressing largely chronologically, the show is divided into album segments. This gives Kendrick the opportunity to showcase his depth – the violent intensity of ‘The Blacker the Berry’ is in balance with the explosively joyous ‘i’. The set’s final moment sees the rapper, all in white and with a crown of thorns atop his head, deliver his track ‘saviour’ – in equal parts agitational and confessional – as he protests the overruling of Roe V. Wade, something protested also by Billie Eilish, Olivia Rodrigo and others at this year’s festival.

As the mud subsides for another year, talk already turns to who will headline the hallowed grounds of Glastonbury Festival 2023. Whatever the outcome, we can only hope the quality of this year’s performances are repeated.