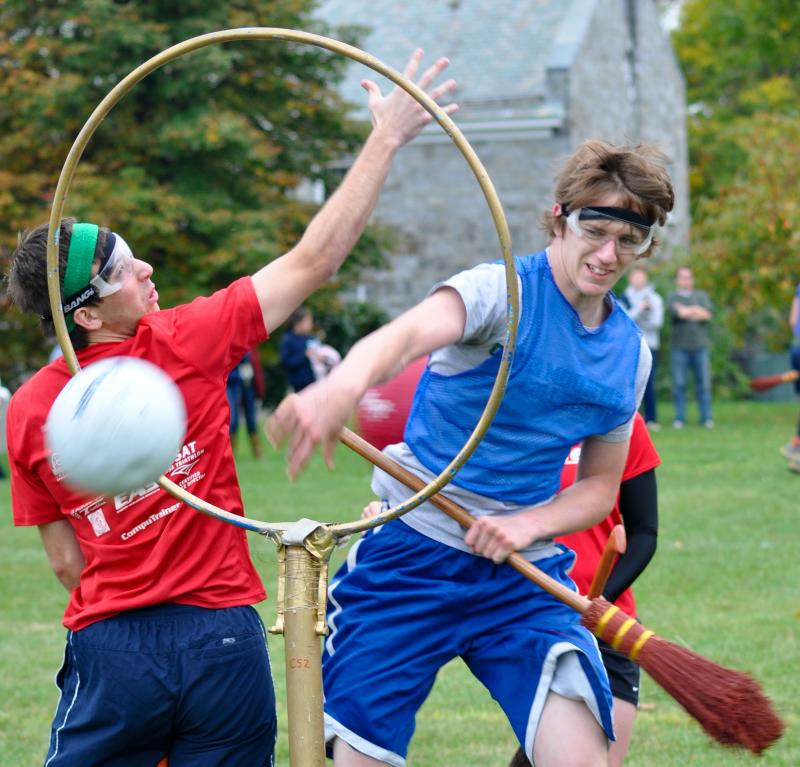 Since leaping from book pages into real life, the sport of Quidditch has spread around the world to become a phenomenon.

The ‘Harry Potter’ game was first brought into the real world 16 years ago in the USA. Since then, it has grown to be played around the world and developed popular continental and worldwide tournaments.

Changes had to be made to allow non-wizards to play; volleyballs and dodgeballs replaced quaffles and bludgers, regular PVC pipe took the place of flying broomsticks, and the scoring system was changed to make the game a sport rather than a plot device.

However, one element stayed the same; quidditch is a mixed-gender sport.

Quidditch is one of the most high-profile mixed-gender team sports around, even as a niche sport. There are a number of rules that aim to make the sport’s mixed-gender setup possible, including limiting tackles to one arm.

The gender rule is simple; for a team of seven, a maximum of four of them can identify as the same gender, whether that is male, female or non-binary.

This is a sport where full gender inclusivity, including non-binary inclusion, is written in the rulebook rather than being an afterthought.

Hopefully this shows a trend of sports created this century being designed to be inclusive, creating sporting communities as diverse and welcoming as Quidditch.

After that, it’s up to the traditional sports to improve their inclusivity or get left behind.