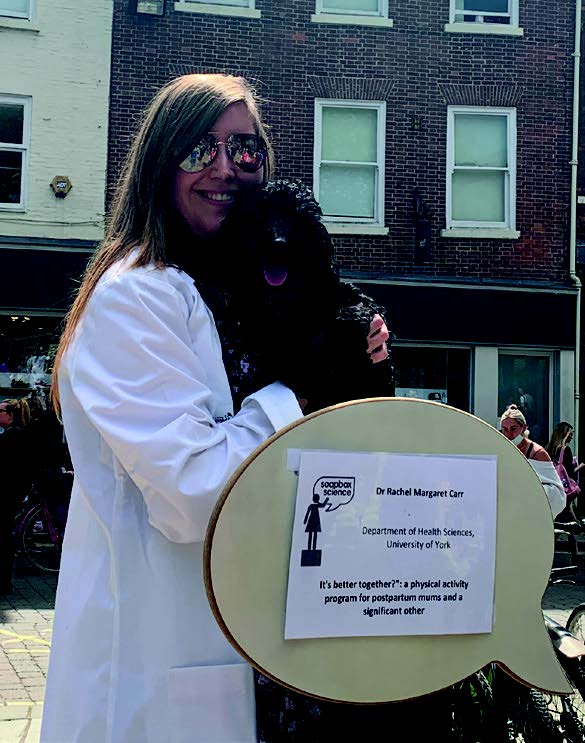 After decades of change regarding discrimination laws and positive selection, has the experience of studying male-dominated subjects improved for women at the University of York?

But are times changing? To find out, York Vision spoke to students studying STEM subjects at the University of York. We
spoke about their experiences, the challenges they have faced due to their gender, their thoughts on positive selection, as well as discussing their personal role models. All names and identifying details have been changed.

What is the most challenging part of your degree?

Charlotte (Computer Science first year): “Being a woman, I feel like I sort of reflect all women, that people are already doubting my ability to code and that if I struggle that it will reconfirm it to them and myself”.

Esther (Chemistry masters): “Chemistry can be cliquey, it can feel elitist and it can be tough not seeing yourself represented. I haven’t met anyone who looks like me, talks like me and dresses like me, which, for quite a while in first year, made me think I was the problem and in the wrong subject”.

Have you been treated differently based on your gender?

Lara (Theoretical Physics second year): “Not in a negative way. My sixth form was very male dominated and I was offered work experience in a scheme to encourage more young females to study STEM subjects, which was very positive.”

Ava (Mathematics and Statistics first year): “I’ve actually had a lot of encouragement growing up to pursue maths. I feel like, as a girl at school, I had something to prove by studying maths and I got more encouragement than my male peers. Is that fair? Maybe not? But it fueled me with love for this subject”.

Maisy (Biology third year): “My course is really women heavy actually, maybe 60-70% of the course are women? I don’t think we’re treated any differently to men but I think there’s maybe quite a difference in choice of careers and expectations about what’s going to happen when we leave Uni”.

What role models do you aspire to?

Katie (Maths third year): “I’ve followed the work of Dr Hannah Fry for years and I can genuinely say she has shown me that the job I want does exist and there’s nothing stopping me”.

Alex (Electronic Engineering second year) : “Of course there are female role models everywhere, you only need to look, but we can still idolise men without it being super anti-feminst. One of my personal idols is Turing, not a woman but still, staggeringly brilliant for approaching a problem so uniquely”.

Women across all STEM subjects have been credited with many scientific breakthroughs. We are all taught about Marie Curie at school but how about Katherine Johnson (a mathematician key to calculating the safety of space
flights) or Barbara McClintock (a geneticist who is the only woman ever to independently win a Nobel prize for Medicine)?

Interviewing women across so many different subjects has not left me with a conclusive view. Although there is a shift in the presentation of STEM subjects, and an increase of the number of womenwho are opting for these subjects, there is still a need for change.

Key to this is that there is more freedom for women to speak out and make change, both at our university and across the globe. Stereotypes are shifting and things are changing.