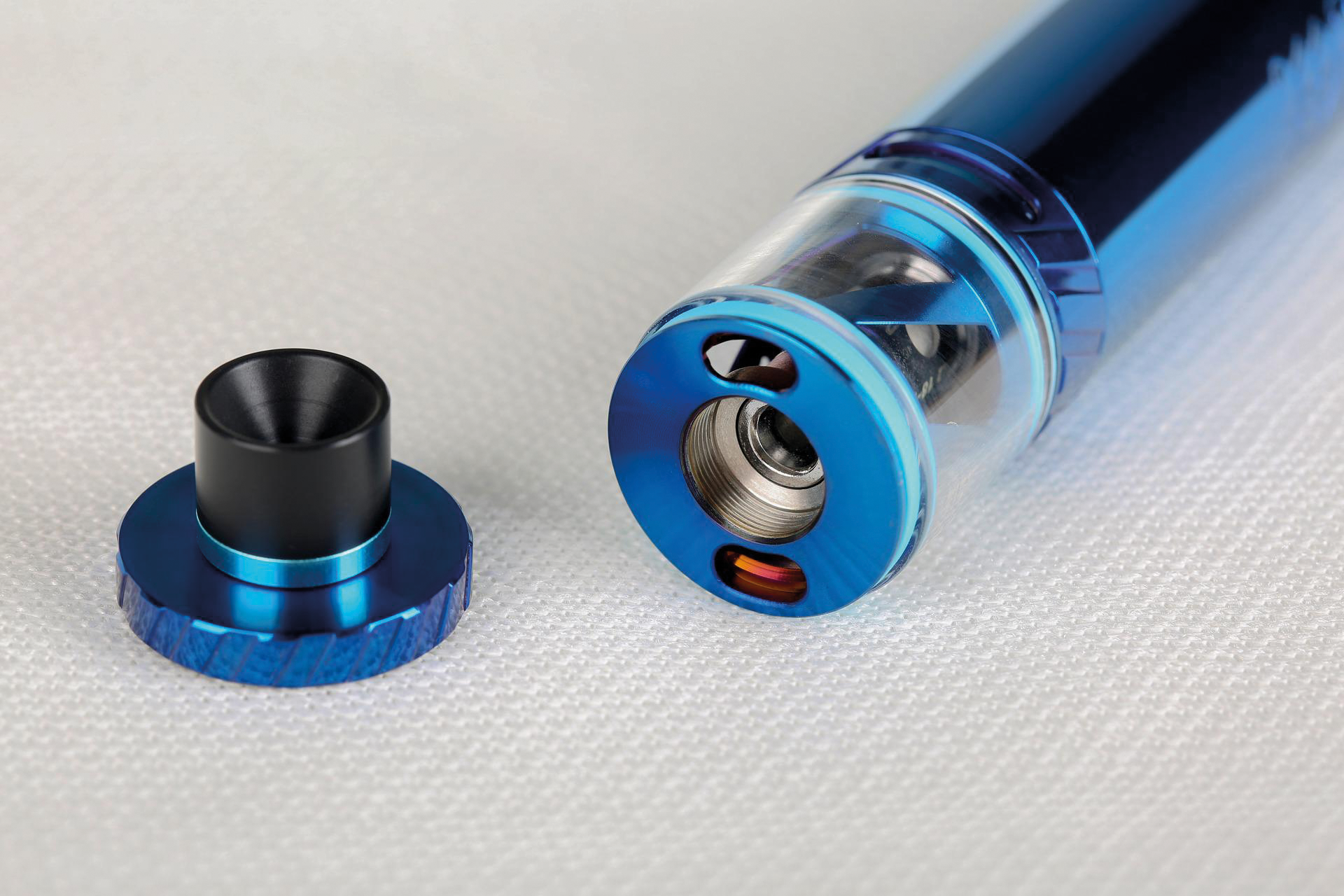 In recent years, we have seen an increase in people taking up vaping e-cigarettes and vapes such as elf bars, with the number of e-cigarette users increasing to over 3.6 million last year. There are still a lot of unknowns around the science of vaping and its overall effects but let’s explore what we do know.

In a standard elf bar, there are roughly twenty milligrams of nicotine. This is equivalent to between 48 to 50 cigarettes.

As most of you know nicotine is highly addictive, making you crave another hit. This is because upon inhaling nicotine the hormone epinephrine, which we have receptors for in our brain, are stimulated releasing dopamine. Dopamine is a chemical that, in a lack of better words, makes us happy. The hormone beta-endorphin is also produced which inhibits pain. However, nicotine is both a stimulant and depressant, meaning after the high you feel low and want to feel another high,. This can lead to nicotine dependence.

Nicotine has further implications. Research suggests that nicotine can increase the chances of developing gum disease, dry mouth, tooth decay and early tooth loss. It can also cause bad breath. So why have we seen an increase in use? It does not come as a surprise to anyone that life can be stressful, and one of the common reasons people smoke is as a stress reliever/coping mechanism. Vapes do the same thing. The rise in popularity can be attributed not only to their ease of use but their price and taste.

Unlike a cigarette, elf bars use a self-heating system meaning you have no need for a lighter or extra gadgets. Since there is no fire in use it means you can use them in more locations than cigarettes. Elf bars also come in a range of flavours from blue raspberry to lychee, meaning that they have a much more pleasant taste than cigarettes. They are also much cheaper than cigarettes. You can get a pack of 20 cigarettes for £10 whereas you can get one elf bar for £4. One elf bar has roughly 600 puffs and because of this you’d think they’d last a lot longer, however, that’s where one of the big problems comes in.

Due to the tendency to think they’re healthier than cigarettes, easy to access, and there isn’t as much of a stigma as cigarettes, people tend to get through them quicker. This means that you can actually be doing a lot more damage with an elf bar than a cigarette, as by you having a single cigarette you can sometimes be tricked into feeling satisfied as you can see it being used and can count how many you’ve had. With a vape bar, you easily lose track of how many puffs and thus don’t realise how much you’ve had.

There are some benefits by comparison. There are mainly four ingredients in e-liquids, most of them being a form of alcohol, making them “safe” for consumption. Cigarettes are full of harmful substances such as tar, arsenic and carbon monoxide. So by comparison what you’re putting into your body is better. Vaping can also be an effective technique to reduce how much you smoke and potentially quit overall.