One might be forgiven for condemning the charity shop as a dim, slightly odd-smelling space, typically housing clothes that once belonged to one’s distant Aunt Ethel; the general lingering of a musk antiquity about the air. However, take a stroll into York city centre, and you will find a splendour of 21st century charities, defying the dust-coated stereotypes to their very end.
Ten minutes into town, and you unlock a minefield of charity gems. With over a dozen in the city centre alone, it is time we explored these havens and the cause of what I like to term ‘the charity boom.’
With many donations containing not so démodé high-street buys for fractions of the original price, is it any wonder that the fashion-enthralled youth have flocked to the charity doors in search of bargains? It presents an ideal exchange – low cost, largely top-quality clothing and, in the name of charity, it is a divine mixture.
The vintage revival could be part of the reason why we have fallen back in love with charity shops. That and the fact that charity shop clothing doesn’t burn a hole in our pockets! The virtuous nature of charity shop chic could play a part in it as well, of course.
Not only have York’s students formed admiration for these organisations, but we have become their major consumer.
So, if charity shops are now brimming with eager-eyed students, surely this can only be beneficial for our towns? We needn’t imagine that Sir Philip Green will be put out of business by students turning to the odd second-hand bargain. What, perhaps, is probable is a marginal and occasional turn from high-street retail. The rallying youth seem to have stimulated both sales and donations, and brought charities into a new light. It begs the question, no doubt, whether or not our local small businesses are failing to stay afloat – hence the abundance of charities filling vacant shop space. Of course, this space is better filled than lying destitute with flyer-ridden windows and decaying ‘final sale’ signs.
It seems that the charity shop has been given a fresh lease of life. If one can have the mixture of vintage wonders, low-cost and high quality pieces, and all whilst giving to charity, then I do not think it improper to talk of the modern charity shop as a great economic and philanthropic institution. 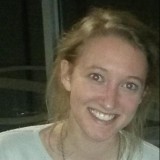