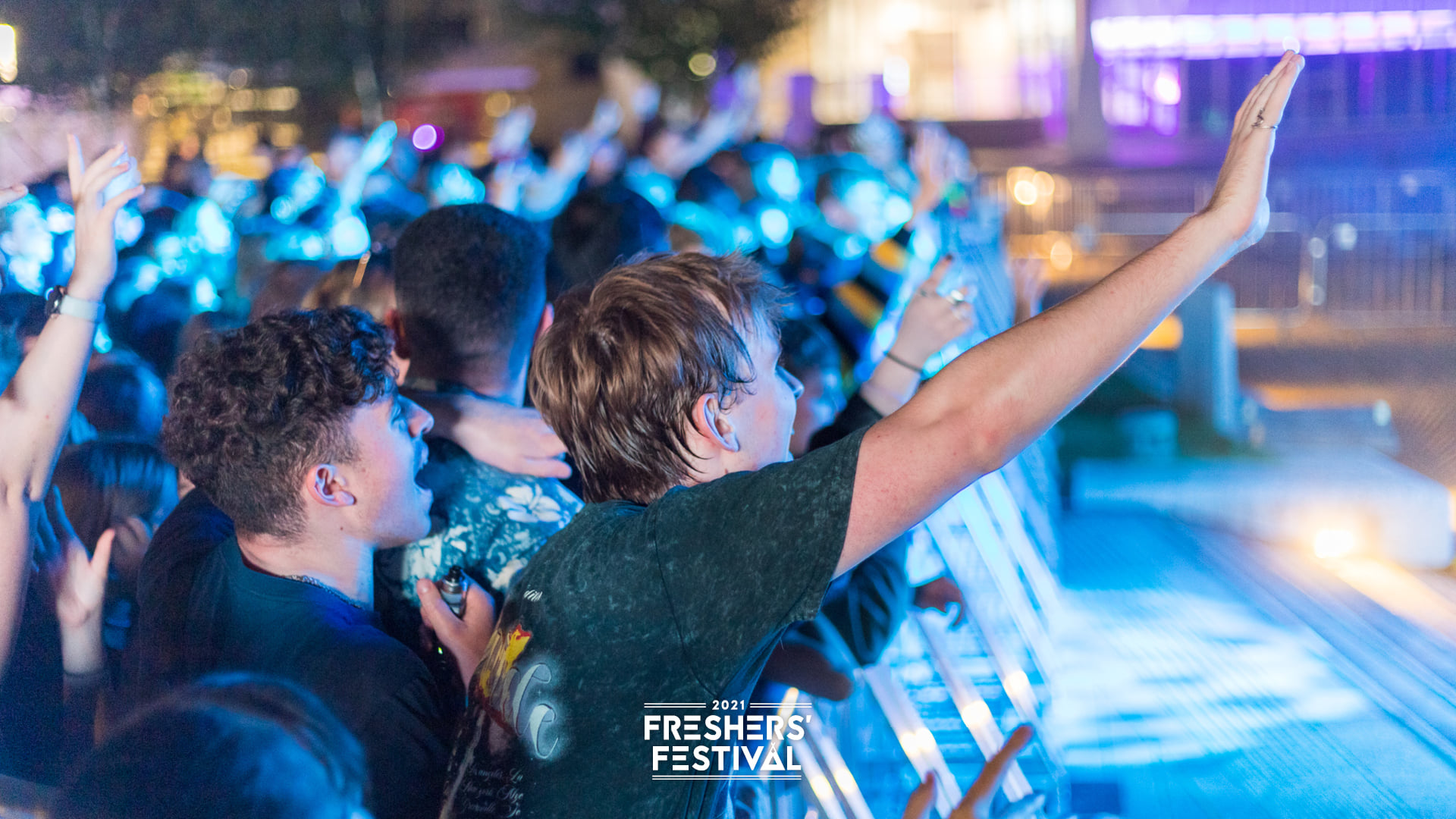 As we walked into Greg’s Place for this year’s long-awaited Freshers’ Festival we were met with the sight of giant daffodils.

No, not the plant. Instead, we were warmly greeted by adult men, on stilts, dressed as flowers. This will not be our only interaction with stilts in the night.

The main stage loomed large at the front of Greg’s Place, and throughout the night was occupied by Where’s Slater, Urv Mistry, Fuse ODG, Digital Farm Animals, and Kelli Leigh. For us, Fuse ODG was the clear highlight. He had the crowd finger-gunning (sigh) and moshing to their hearts’ content, and, in a standout moment, brought two York students onto the stage to dance along to ‘Million Pound Girl’, one of his more famous songs.

But look, to put it simply, we are third years. We’re full of the cynical attitude that comes with almost two years of university spent in lockdown. We weren’t really expecting a lot from an evening spent at an event targeted to those in the heady delight of their first week of University. So you know that when we turned to each other during Fuse ODG, a classic Freshers’ Event performance (where everyone knew only one song, the aforementioned ‘Million Pound Girl’), and shouted ‘This is actually kind of class?’, something was up. We were actually loving it. Everyone seemed to be having a genuinely good time. People were jumping in the air and singing lyrics back at the performers. It was infectious.

If the DJs and Pop on the main stage weren’t your kind of thing then you only needed to wander into Vanbrugh, where BandSoc, URY and TechSoc were occupying the stage. A great chance for freshers to learn a little bit about York’s student music scene. We watched ‘Lowlife’, who proved a band can be formed, rehearse, and perform in under 48 hours and still entertain the shit out of an audience. It wasn’t just indie and rock on the student stage though: we got to see Afiahachi turn Vanbrugh into a garage venue. You can always trust York’s societies to put on a good night!

Of course the event wasn’t without its flaws. The silent disco inside Central Hall stayed quiet throughout and the VK bar failed to capture enthusiasm. The main issue though was that which plagues all festivals: queues. Every bar had a queue that stretched so far it made you not want a drink. The glitter station and food trucks were the same. This was one festival reality we could have done without. YUSU could’ve and should’ve anticipated that there would be an incredibly high demand for drinks at a Festival-themed event. Populating the square with some more bars would’ve been an easy fix to a serious issue.

Looking at the past headliners of Freshers’ Festival, names like Charlie XCX, Professor Green, and The Pigeon Detectives stand out as a much higher calibre on paper than this year’s offering. It’s a shame that York can’t attract the big names in the same way it used to. I fear that until it does, Freshers’ Festival will stay something people turn up cynical to. We hope this might convince you to approach it with a little less apprehension if you ever fancy it, fresher or not.

We’ll leave you with this. It’s up to you to decide whether it was taken in Ibiza or Heslington.