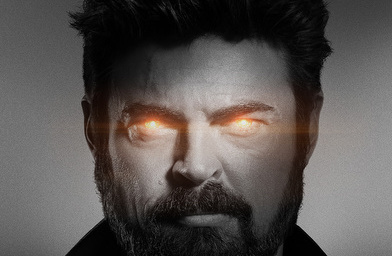 You’d be forgiven for thinking that this season couldn’t get any more extreme or graphic given what’s happened in the first five episodes, but alas, if you thought that, how very wrong you were.

It’s very difficult to talk about this episode, not least because of the incredibly vulgar content, but also because of the list of things Prime Video has specified I don’t reveal until the episode releases. There’s so much happening in the episode that it might just be the best episode yet. And not just of S3, but of any season.

From cutting satire that begins right from the get-go of the episode, taking the piss out of one of the most cringeworthy moments of the pandemic to absolutely outrageous sexual activity that no one could have predicted would ever be seen on screen.

Episode six of The Boys is ridiculous and outlandish far more so than the show has ever been before. But there’s much more to it than all the gratuitous violence and sex. One scene involving Homelander talking to himself in a mirror displays remarkable acting from Antony Starr but also spectacular editing as it cuts between the two versions of Homelander immaculately with the scene never feeling confusing, merely very hard-hitting.

As well as all the sexual exploits of Herogasm, this episode also features a remarkable fight scene- between who I can’t reveal- but what I will say is that it’s one we’ve all been waiting to see for a very long time. It’s so epic and glorious to watch that the whole episode feels very much like a season finale. Thankfully we do still have another two episodes to go but I’m very intrigued to see where the show goes next.

It feels like this season has been constantly building and building and now it’s reached a crescendo where it’s hard for it to go any further. I’m sure the final two episodes will prove me wrong but episode six is quite possibly one of the greatest episodes of TV in a very long time. Make sure to watch this one so you can see for yourself just how extreme it is- although it might be a good idea to watch it alone.

New episodes of The Boys are available each Friday following, culminating in an epic season finale on 8th July.