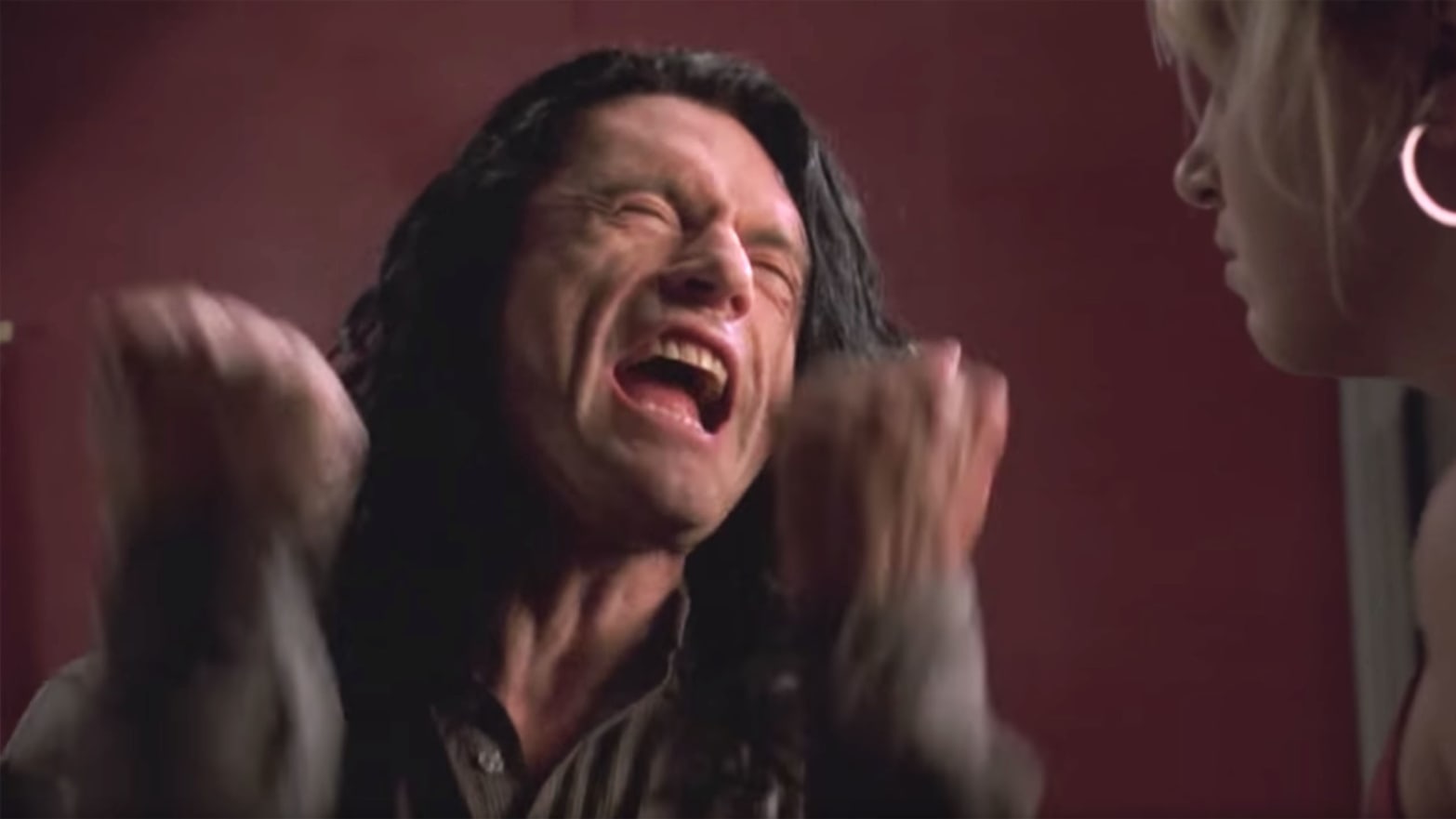 The idea that a film can be so bad that it’s good is unusual. Surely, a film that someone would regard as so bad it’s good, is simply, good.

To be honest, there is nothing better than sitting in a room full of people and proudly boasting about how much you love a film that everyone hates.

Well, for me there isn’t anyway.

However, a middle ground can be found in this intangible genre of terribly wonderful films – here is an attempt to share the misunderstood masterpieces of days gone by, and hopefully shed some light on numerous neglected novelties.

Beginning this list with the sequel to Saturday Night Fever, titled Staying Alive (1983), is perhaps foolish. I know any respect for my suggestions and my general dignity is now gone. But I’m sticking to it.

Travolta’s return as the dashing and camp Tony Manero is generally regarded as a disaster; with the tagline: “the fever still burns”, it is generally agreed that everything about this film makes people feel physically ill.

Directed by none other than Sylvester Stallone, taken in complete jest, this is a genuinely fun film to watch with company also happy to embrace the cheese.

I am really struggling to decipher whether Snakes on a Plane (2006) is bad, but amazing to watch – or, if it is just a great film.

This action thriller directed by David R Ellis features snakes, a plane, and Samuel L. Jackson- what more could you want? All in all, I view this film as a love letter to the “silly action” genre, sealed with a hiss. If you’re bored, watch it.

End of the world disaster movies usually succeed in gaining bad reviews. 2004 sci-fi The Day After Tomorrow directed by Roland Emmerich is no exception.

In all fairness, the reaction to this one wasn’t entirely negative, with some embracing the cliched dialogue and silly set-pieces.

I firmly stand by this film, and for many reasons: the tornado scene is epic, the Statue of Liberty submerged in snow is spectacular, and the film deserves endless acclaim for creating a set piece with killer wolves on a boat. Oh, and there’s Jake Gyllenhaal.

All of that aside, placing climate change as the focus of a disaster movie is as forward thinking, progressive and pioneering as anything made in the 21st century.

With a rotten tomatoes score of 54% it is fair to say that Mamma Mia (2008) is viewed negatively amongst the critical community.

However, outside this critical world of cynical stances is an immense
following of adoring fans; with its cringey dialogue, and excessive cheese the film is genuinely loved by a lot of people.

The sing-a-long soundtrack is one of the few things going for this film, but it is definitely worth it.

Personally, I think placing ex Bond actors in musicals is a wonderful idea. Pierce Brosnan is a solid choice for Mamma Mia, although, I would’ve preferred Roger more.

Ex Bonds seeming out of place is a nice follow on to another film, which is so bizarre that you have to see it to believe it- Zardoz.

Sean Connery’s role as the red diaper wearing protagonist in what is
possibly the most unusual film of all time.

Everything about it is a mess: unusual sexual themes, giant levitating stone heads and fruity utopian societies all feature, no doubt cooked up at an LSD fuelled party in the 70s, Connery swaps his Bond image for bondage.

All of these elements combine to create what is the most oddly entertaining and comic film. Upon finishing the film, I am sure you will reach for that horribly over-used and abused superlative: masterpiece.

Adding to the list, is Tim Burton’s Ed Wood, a film which shows the life of one of the most fascinating sci-fi/horror directors to ever grace the American movie scene.

His persistent attempts to capture Hollywood ‘B-movie’ magic usually ended in failure, culminating in a ‘Golden Turkey Award’ in 1980 for worst director of all time.

Yet, when watching his films, it is impossible not to be taken by the charm of a man absolutely dedicated to his craft; Bride of the Monster is the crème de la crème of contrived monster flicks.

Bela Lugosi brawling an octopus in a puddle of water is genuinely funny, but after a while becomes quite sad, and viewing Tim Burton’s film prior to embracing Wood’s montage of monster mash is definitely the recommended route.

Ultimately his films are a reflection of someone fulfilling their dreams and allowing no one to stop him from doing so.

Films of this sort are social, there is nothing better to watch than a stupid movie, embracing its flaws as part of it’s charm.

One film so mysterious, so misunderstood and so effortlessly enchanting is
Tommy Wiseau’s The Room.

A combination of thing’s not to do when creating a movie, Wiseau has built a fan base of fanatic followers. The Room seems to top the list of this type, and it’s possible that nothing else ever will.

It is genuinely terribly, yet, people love it. Why? I have absolutely no idea.

I apologise for the terrible puns throughout this. I suppose they’re so bad, that actually, they’re really good.

One thought on “Films That Are So Bad, They’re Good”