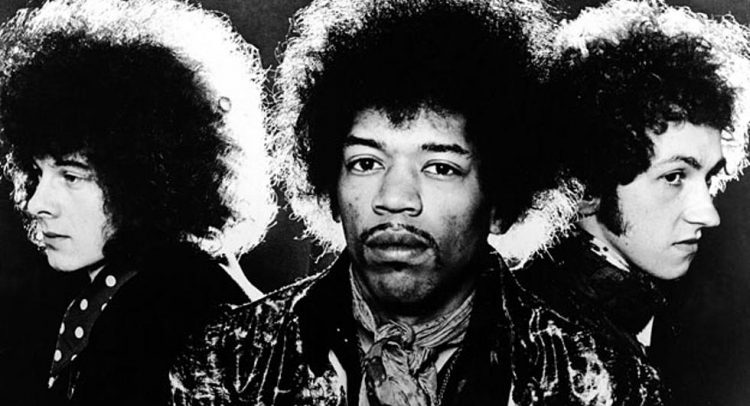 Saturday 18th September marks the 50th anniversary of the untimely death of legendary guitarist, Jimi Hendrix, who died of a drug overdose at his apartment in the London borough of Kensington, aged just 27.

Hailed by many as the greatest guitarist of all time, Hendrix’s effortless guitar virtuosity, as well as his distinctive experiments with distortion and feedback, puts him on a pedestal that few other guitarists can knock. Before Hendrix had set fire to his guitar on stage at the Monterey Pop Festival in June 1967, or performed his self-mutilated rendition of ‘Star Spangled Banner’ at Woodstock in 1969, he was right here at the University of York. At around 1am on 19th February 1967, The Jimi Hendrix Experience played an hour-long gig at the university. Allegedly, the band also performed their own rendition of Bob Dylan’s classic, ‘Like a Rolling Stone’. Even to this day, Hendrix’s legacy is immortalised in the venue where he performed, Hendrix Hall in Derwent College.

Displaying such a spectacular stage presence, Hendrix inevitably overshadowed his fellow band members – bass guitarist, Noel Redding, and drummer, Mitch Mitchell. But Redding and Mitchell were both virtuoso musicians in their own right; they formed a musical core from which Hendrix could improvise. The tense chemistry between these three phenomenal musicians truly made The Experience a formidable unit. In honour of Hendrix’s life, and his immeasurable musical legacy, here are four exceptional songs that distil the incredible talents of The Jimi Hendrix Experience:

With short and simple guitar figures, woven together by Mitchell’s snappy drum fills, ‘Fire’ moves at a feverish pace. Redding’s backing vocal of ‘Let me stand next to your fire’ propels the song’s infectious chorus, whilst he hammers away up the fretboard of his bass. Meanwhile, Hendrix throws in subtle guitar flourishes, leading up to a swerving guitar solo. A flaring psychedelic rock cut with plenty of radio pop potential.

Mitch Mitchell’s moment to shine comes here. Wearing his jazz influences on his sleeve, he lays down an intricate groove in waltz time that shuffles along relentlessly, with parallel bass and guitar lines stamped onto it. Seemingly a sombre ode to music, Hendrix croons, ‘Music sweet music, I wish I could caress’, and even coos along with the rising guitar bends that weep in the ascent up to his jaw-dropping solo.

‘Castles Made of Sand’

Probably Hendrix’s most personal venture into lyricism. The recurring metaphor of collapsing sandcastles speaks volumes about life’s fragility and finality. Bookended by a motif of metallic-sounding chords that jump all over the fretboard, the song is underscored by an expressive guitar riff that compliments Hendrix’s narrative vocal perfectly. Mitchell and Redding are more restrained, yet still provide a solid rhythm section, worthy of supporting Hendrix’s winding reverse guitar leads.

By far the most psychedelic choice on the list, this is The Experience at their most weird and wonderful. The simple two-note C#-to-Eb intro, is soon accompanied by blues fills and chords, before the most magnificent jam bursts free. Noel Redding’s walking basslines frantically shift up and down scales, as Hendrix’s guitar riffs sing skyward, panning dizzily from left to right. As the music quietens, footsteps and strange ambient sounds fill the void, before Mitchell launches through washed-out drum fills that drown out the rest of the band. A colourful voyage of genius musical chemistry and dynamics.

One thought on “Remembering Jimi Hendrix 50 Years On, In 4 Exceptional Tracks”