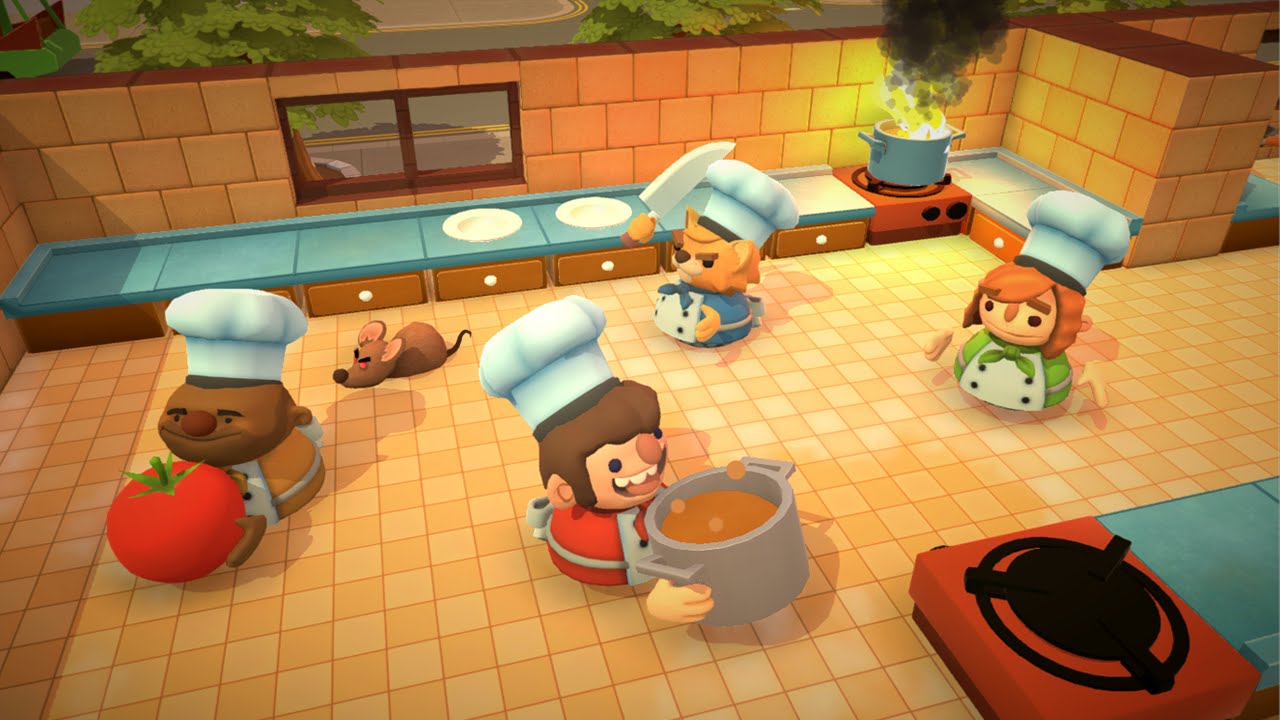 There is no such thing as quality gaming time with your flatmates. You are either playing against each other, or alongside each other.  The latter of these options, in my humble opinion, is much, much, worse. These games do not even have to be extreme, with one such example being ‘Overcooked’.

‘Overcooked’ is a simple game that reminds you of the sort of games you played on the Nintendo Wii when you were 10 years old. With bright colours and simple actions, your pure rage comes as a surprise as you stare at your player – a cat in a Chefs Hat.

The goal is to send off as many food orders as possible, which is seemingly easy enough as there are limited steps and food orders; it is only chopping, frying and boiling, and then putting it all together on a plate.

Perhaps the easiest way to explain this is delving into the wisdoms of old idioms: too many chefs ruin the broth. To achieve the highest points in the game, you ideally need all four players involved, which in turn brings forth a multitude of problems. The biggest one being, you have to rely on your co-players to do their job.

Arguments broke out in my first-year house over it, and linger over us to this day. I foolishly decided to play with it on the X-Box with my 11 year old sister as well, and I would not call it sibling bonding in the slightest – I just got immensely annoyed. With the tasks being so simple in theory, you forget that actually completing them under time pressure is hard.

I admit that I have made it sound like a bad game. It is in fact the direct opposite; yes, there is an element of frustration, but it does not fail to entertain. The game itself is nice to look at and satisfying when actually completed. It is a game you can play with anyone due to the very basic controls.

I can only recommend this game, especially if you are about to live with new people to help ‘break the ice’ and provide evening entertainment. Just remember to take deep breaths and count to 10.

Image provided by IGN on Youtube.com