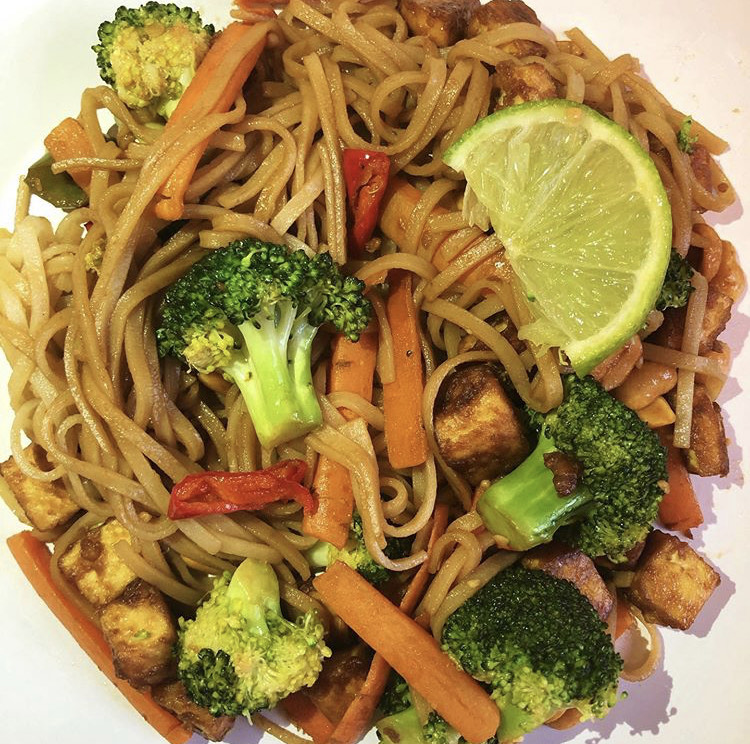 An essential component to many Thai street-food vendors, pad Thai is widely celebrated for its vibrant colours and refreshing notes.

In a worldwide online poll released by CNN Travel in 2017 consisting of around 35,000 people, Thai cuisine ranked among the “World’s 50 Best Foods”. Thailand triumphed with a total of 7 dishes appearing on the poll, more than any other regional cuisine, with pad Thai being voted as 5th best food in the world.

According to Thai chef, Mom Luang Sirichalerm Svasti, (more commonly known as McDang), the popularity of Thai food is due to the “intricacy; attention to detail; [and] texture…as well as good flavour”. Over time, the flavour developed, and was inspired by Indian culinary tradition, with the use of spices and varying plants for medicinal purposes stemming from that region. Introduced by the Portuguese and by the Spanish in c.17th century, the chilli pepper forms the basis of many Thai dishes, which perhaps substantiates the taste of Thai cuisine as a European and Asian fusion.

Despite its acclamation as the national dish of Thailand, the dish is not inherently Thai in its origins. The original name, Kway Teow Phat Thai, is quintessentially Chinese, with “Kway Teow” translating as the Chinese word for “rice noodles”, whilst “phat Thai” means “Thai-Style”. Indeed, the Chinese culinary influence is clear, yet it remains a dish which heavily integrates fundamental Thai flavours, such as chilli and fish sauce.

Pad Thai has distinctively grown from political roots. In 1932, the monarchy of Thailand was brought to an end, catalysed by the influence of Plaek Phibunsongkhram, (often referred to as Phibun), who later became Thai Prime Minister in 1938. Having overthrown the stronghold of the absolute powers, Phibun’s main objective was to unite the diverse regions and create an overall national identity for Thailand, known then as Siam.

In 1939, Phibun developed 12 cultural mandates, with the 1st mandate, issued 24 June, being the most prospicient: the renaming of Siam to Thailand. Various other mandates were released on the subject of manners and dress codes which the Thai population should obey in order to follow what Phibun viewed to be a Thai identity. Such rules witnessed the birth and subsequent nationalisation of pad Thai.

Where the traditional recipe relies upon the incorporation of a fish element, whether that be prawns, shrimps or fish sauce, the recipe I have developed based on this dish excludes any form of meat, making it suitable for vegetarians and vegans.