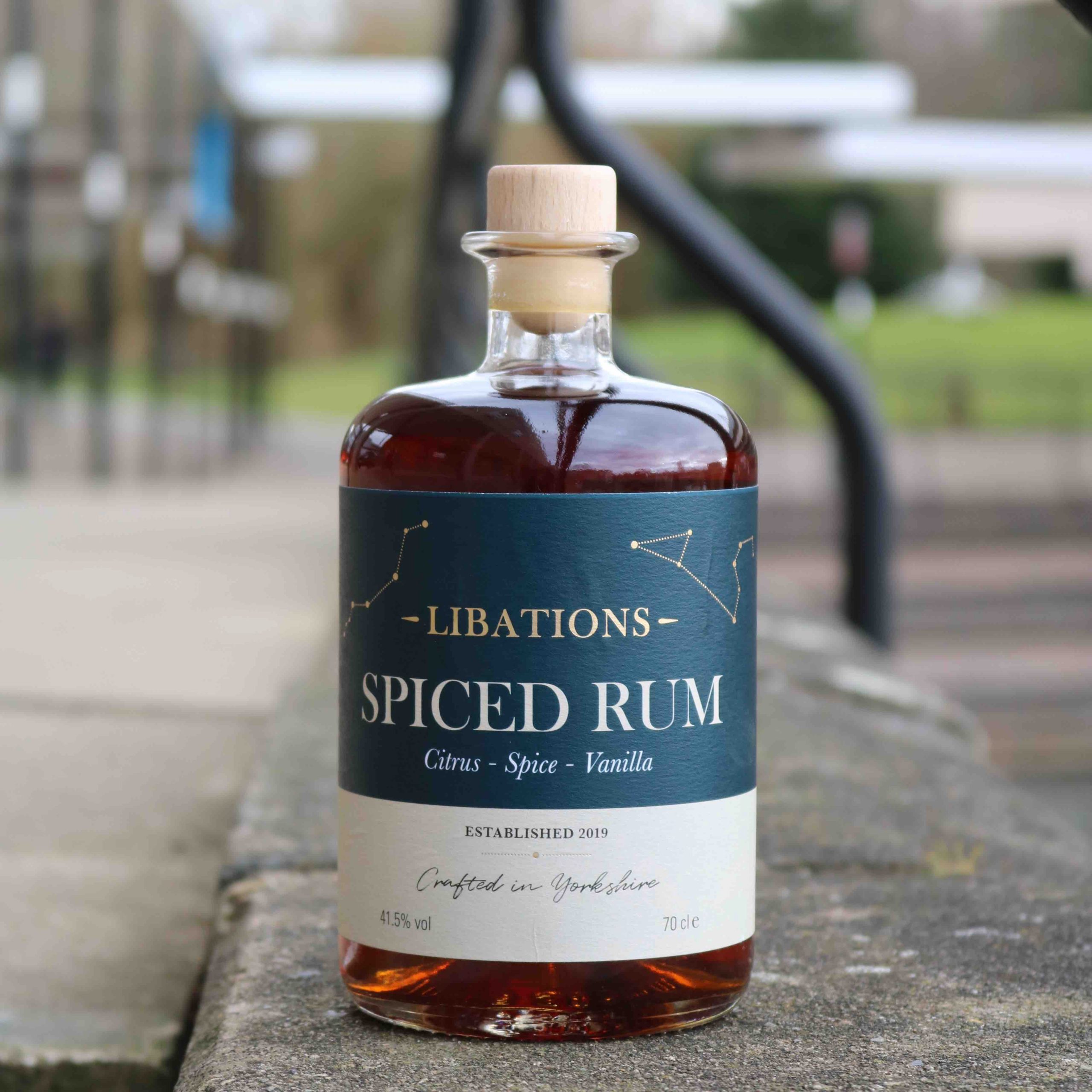 Libations Rum is nothing if not brave – the first Yorkshire-based rum distillery, they aim to be as ‘kind as possible to the planet’ alongside developing an interesting, delicious spirit.

It certainly achieves this – smooth, fragrant and yet startlingly distinctive with fruity and aromatic notes. It blends Yorkshire honey and heather with Madagascan vanilla, cinnamon and cloves, seeming to bring the exotic into the very normal – the warm and vibrant into the muggy and slightly grey.

Yet while I could write an essay on the depth of flavor for Libations Rum, its sustainable practices and even the advantages of aging the rum in a cooler environment (hardly a connoisseur of rum, I have found the true use of an English degree’s research task), you might wonder why a student newspaper would write on high class liquor. One bottle alone costs £35, or £40 if you want it delivered to you. To put that in context, you could buy two Domino’s pizzas, six Revs shot sticks, or 35-40 trips on the 66.

So why would you ever buy a high quality rum rather than a litre of Bacardi Spiced for half the price?

I would argue that there is no need for the rather in that sentence. Of course it’s not feasible to do a pres on Libations – even Constantine netball only stretches to Absolut.

I certainly felt overwhelmed reviewing such a distinct brand. Further from varying my taste when Stones prices allow it, I had never really been drawn to rum – I was, however, eager to roam (increasingly meanderingly) on new alcoholic plains.

But this set me thinking – why is it that we only associate these alcohols only with going out, where quantity is inevitably favoured over quality? Many students, when they go out for a casual drink, will happily spend more on a nicer gin or wine. So why not rum? And why do we only save it for these occasions?

I was expecting to write this article through a mix of quotes from their website and nonsensical descriptions lifted from rum tasting websites. I was stunned, therefore to immediately notice the difference between Libations and its cheaper counterparts.

It was indeed fragrant, almost nutty, and it slid across the tongue in a way that was almost chocolaty – and even I cringe as I write this – ‘smooth’.

With the recent popularization of ‘self-care’, I would argue that Libations Rum can hold a new place within student life. Of course we cannot afford to splash out on expensive alcohol on a regular basis, but for your housemate’s next birthday, why don’t you all club together and fund a bottle of something special?

Because the best thing about these is that they last – you don’t pour yourself a triple on a Wednesday night, but mix a single with some ginger ale, perhaps, or a can of coke as you wind down in front of Netflix after a hard day of lectures. Or you treat your housemates as you gossip about your housemates, or Emma from downstairs’ dodgy new boyfriend?

Because why should we follow along with the stereotype of the heavy-drinking student? Why shouldn’t we be able to claim a right to taste, and not have to shrink back from the tongue shriveling bite of cheap vodka or wine?