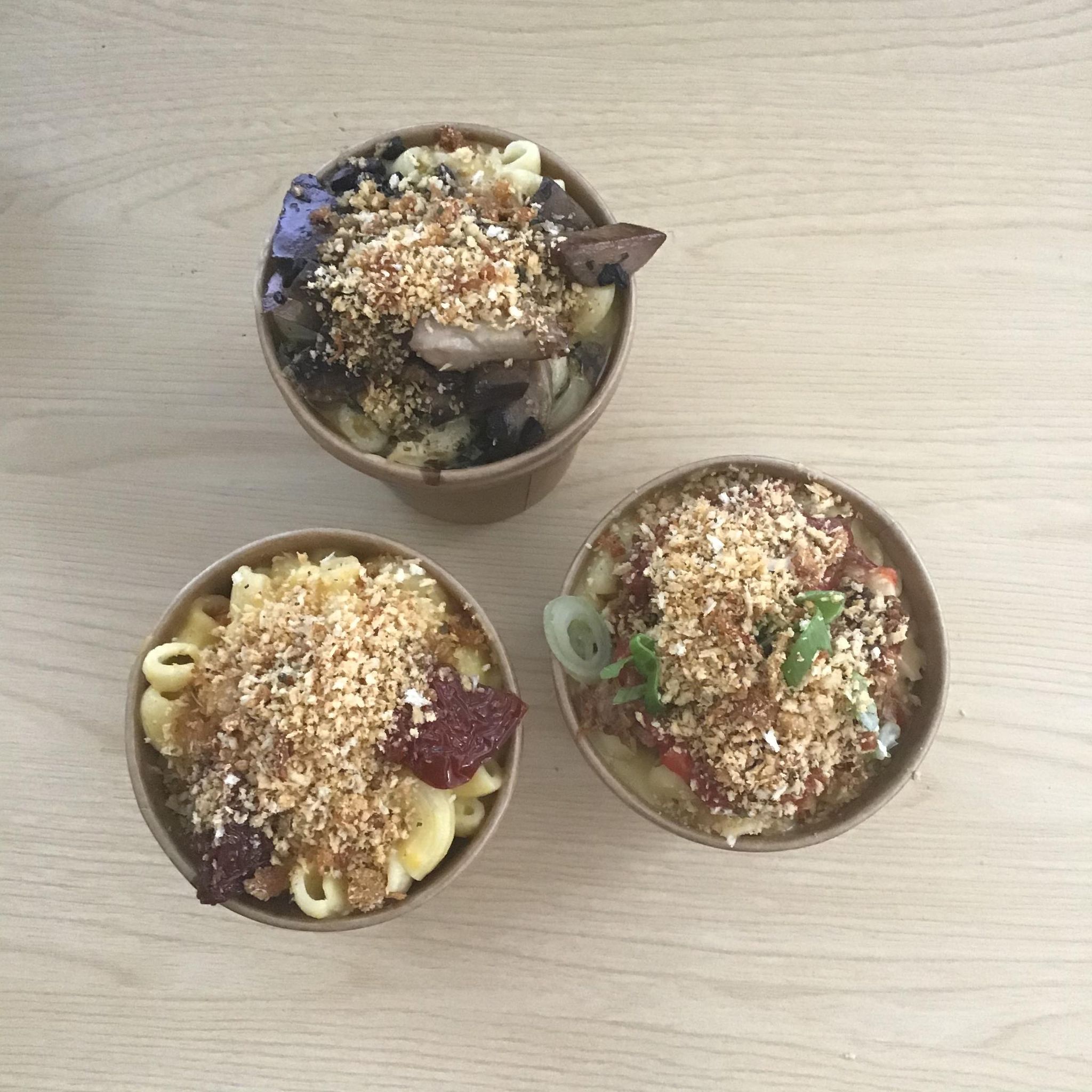 Since my recent return to York (yes, it was over a month ago now, but I will continue to call it ‘recent’) I noticed – with a great deal of excitement – that a new food outlet had opened on campus: the ‘Mac Shack’. The real reason for my excitement was because mac and cheese is probably one of my favourite dishes, as it is just generally the best comfort food.

I took a long time to get around to trying it, but here are my thoughts. The van itself is very cute, and being next to the new ‘pop up park’ is in a very nice location. It didn’t take too long for our mac and cheese (I went with a friend) to be ready, and the prices were very reasonable. Between us we decided to try the vegan one (butternut squash and sun blush tomato), the pulled pork one (with sriracha and spring onions), and the truffled wild mushroom one. I started with the vegan one, which was definitely comforting and wholesome – and also definitely seemed healthier than the others – but unfortunately I found that the sauce tasted a bit bland and slightly sweet; it definitely didn’t have the expected mac and cheese flavour. Of course, I was perfectly aware that it was vegan, so was not expecting cheese in it, but I have tried vegan versions in the past which do manage to replicate the cheesy flavour, so I had high expectations.

I then tasted the mushroom one. This started off promisingly: it had a lot of flavours going on with a definite truffle kick. However, once you got past the toppings the flavour seemed to die down; interestingly the strongest flavour present in the rest of the mac and cheese was pesto (which was not in fact advertised on the menu). My friend had similar complaints about the pulled pork – which was delicious, don’t get me wrong: sweet and salty and smoky; but there wasn’t enough of it. Beyond the toppings any distinct flavour seemed to disappear; overall it was all mac and no cheese.

Despite this, I’d say I’m generally a fan of the Mac Shack. The prices are honestly not bad, especially for the portion sizes, and if you’re ever on campus and in need of some cheap comfort food, it’s a pretty good shout. Just maybe buy some extra cheese from Nisa.