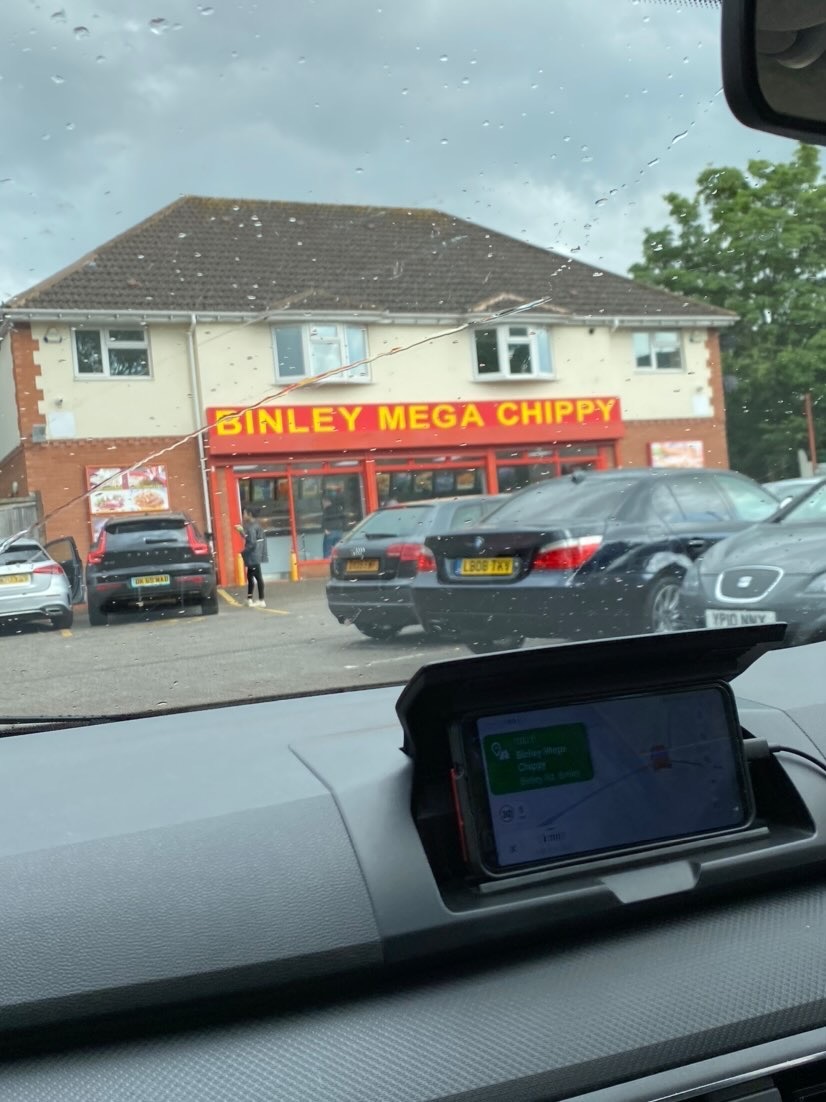 Thousands of customers have flocked to the takeaway from all over the country. Customers, The Sun has reported, have travelled from as far as Australia to the West Midlands takeaway; many it seems all too eager to get a ‘Morbius Meal’ – a generous portion of fish and chips, mushy peas, and a can of coke for only £4.99. But why? Why has this relatively, if we are honest, unremarkable chip shop gained so much traction?

The power of TikTok

TikTok, it seems, is the first, and probably main answer. After all, the pilgrims only flocked after seeing admiring videos originating from the short-form media content app. From a few posts by anonymous appreciators, the account, welovebinleymegachippy suddenly sprung up, dedicated to exclusively giving the chip shop the attention it deserved. A catchy jingle, created using tiktok’s autogenerated singing feature by an anonymous user, then started going viral as a sound. So far it has been used on over 10k tiktoks, appearing on almost everybody’s personalised for-you-pages.

Owner, Kamal Gandhi, when interviewed by The Sun, said he had ‘no idea’ why people were suddenly so obsessed with his shop, but said it was ‘amazing’, citing that ‘profits have gone up by thirty percent’ since Friday when one tiktok post first went viral.

Emily, who visited the infamous chip shop said it was a ‘detour’ for her and her boyfriend to go see it, saying that she ‘[blames] tiktok entirely’ for her decision to go.

Asking her why she thought the place has gone viral, she said ‘the jingle is one part of it’, and the fact that ‘it is seen as funny to go there.’

She said it mainly seemed to be a trend, much like all the others that have swept up tiktok users in the past, especially over lockdown. For instance, the ‘this is your sign to…’ trend, where users would post about an activity or place with the caption ‘this is your sign to…’ – taking advantage of the random algorithm to recommend new, usually funny things to viewers.

However, generally she said ‘I don’t understand why people would travel hours to go there.’ She suggested that it seemed a bit extreme for people to be going all the way from Scotland, and even further outside the UK, just to get a photo outside it and to buy a relatively standard portion of fish and chips they could easily get from elsewhere closer to home.

The power of the humble chip shop

Perhaps, then there is more going on here than just a tiktok trend. In an article for The New Yorker, Maria Konnikova asks the question of what makes stories go viral? This may help us understand the reason for Binley Mega Chippy’s sudden success. She says this question of what makes something memorable and persuasive dates back to 350 B.C. with Aristotle saying it seemed to be due to ‘three principles: ethos, pathos and logos.’ By this, he means that there should be an ethical, emotional and/or logical appeal to a piece of content, whether book, speech, or now, a film, article, or tiktok.

Maybe then, the reason for Binley Mega Chippy hitting the headlines is due to it triggering one of these things, most likely, an emotional response (pathos). This makes sense as, after all, there is something instantly uplifting about the bright, almost nostalgic red and yellow fish and chip shop sign and storefront; we have all been to a fish and chip shop like Binley Mega Chippy, we have all had a sort of collective experience in visiting our local British chip shop for a takeaway. The strong emotional and exciting response that seems to motivate people to travel miles to see the place seems to come down then to a sort of nostalgia and admiration for something unapologetically British and comforting.

Despite this potentially deeper reason for the rather unexpected boom in business for the Coventry chip shop, it seems likely that, as with most things that go viral on tiktok, it will only remain relevant for so long. Much like the viral coffee trend that occupied millions during 2020, visits and photo-ops at Binley Mega Chippy are probably at their peak. After all, positive emotional responses are generally quite short-lived. But, who knows, time, along with Kamal Gandhi’s sales reports, will be our only way of knowing this for certain.

One thought on “Binley Mega Chippy: A Strange Phenomena?”