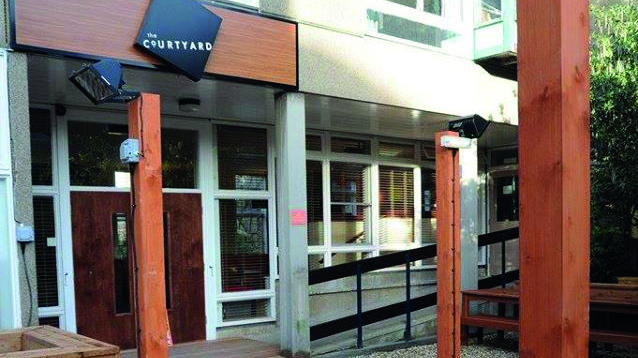 Since its launch ten years ago, Courtyard has consistently been the ultimate in York’s bars.

Serving their now infamous mix of loaded fries, nachos, and pitchers, one year after opening, they prompted the Vision headline: “College Bars Can’t Compare to Courtyard”.

However, the University’s first YUSU bar has since closed for “a major program of repair”, promising to be back open by October 29. And yet here I still sit, in mid-November Spring Lane Building rather than teaching my sorrows to swim to Courtyard’s sorely missed noughties soundtrack.

Celebrating their anniversary with no signs of reopening before the end of term, the bar seems in crisis – with other bars strongly encouraging employees to take time off work to make way for CY staff unable to fulfill their contracted hours, it becomes increasingly likely that we will have to find more permanent alternatives.

Where to go, then? Mixing Campus East’s characteristic mix of cynicism and realization that they cannot live up to Derwent, Glasshouse’s slogan “because it’s too far to go to Courtyard” has never rung so true. Indeed, with 2-4-1 cocktails (I would personally recommend the Dark and Stormy, perfectly summing up characters like myself of a mysterious, tumultuous nature) and weekly entertainment of pub quizzes and live music, it provides a tempting proposition despite the trek. However, even with the aid of these cocktails, both food and atmosphere struggle to live up to CY’s high standards.

This is the truth with almost all campus bars. With YUSU now running Glasshouse, Lounge, D-Bar, the Kitchen and V-Bar alongside the original Courtyard, cheap drinks and good food are available in almost all. However, as the hub and centre of seemingly all activity across the campus, bustling Courtyard remains sorely missed.

Nine years on, and the message remains the same: other college bars simply cannot compare to Courtyard.