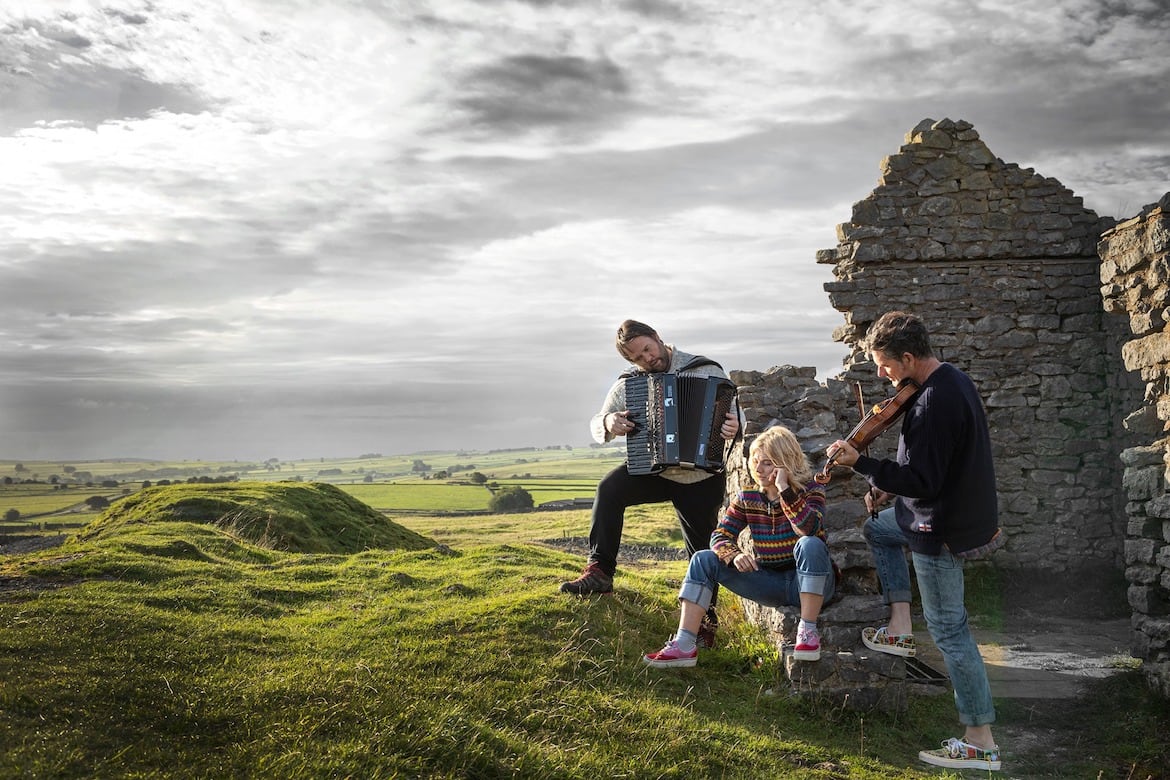 Jessie Summerhayes is a poet and spoken word artist, whose creative meditations encompass histories, human relationships, and the natural world around us.

Vision Books had the pleasure of sitting down with her (virtually) to get to know her and her work. We explored the whispers of myths and folktales, Jessie’s favourite poets, and how lockdown became the starting point for her creative output.

Vision Books: The natural world is central to your poetry. What role does nature play in your life and in the messages of your work?

Jessie Summerhayes: Poems for me aren’t really conscious productions – I might have an idea of what I want to write about, but it won’t be a message as such; usually it’ll be a fragment of a story, or two lines running around my head. It is only when I look back at my poems that I notice the recurring themes: the sea and the land; the sky; the trees; and the paper plates and coffee cups littered all through them. Maybe these are the messages?

I borrow images from the natural world around me almost impulsively because, for me, it has always been a constant – something that defines me just as much as anything else. The constancy of nature is probably also what makes it a point of contact for my poetry – it seems to breathe a connection with history. The natural world seems like the continuing presence of the past, a constant that can carry feelings within it  – it’s almost a connection with forgotten people and their myths and folktales. Sometimes I find myself mirroring the forgotten whispers of tales that may never have been.

VB: Your collaborations with The Ciderhouse Rebellion beautifully weave together music and spoken word. What role does sound and music play in your poetry? And how has growing up around music influenced your work and the person you are today?

JS: My Dad’s a violinist, my Mum a pianist – so music has been pretty unavoidable really, and has just always been there as part of my life. I love writing, telling stories that seem to me to be whispered by the land around us, and giving them a louder voice – and so, reading these folk style poems aloud, this voice is just amplified further.

This feeling is intensified by the addition of the musical improvisation, another voice weaving its way through the narrative, enriching and expanding the tale that is being told. It feels like a moment of channelling ancient echoes that none of us quite understand, in a way that is equally an expression of our own unconscious preoccupations.

VB: As well as being a poet and spoken word artist, you’re also studying English Literature here at York! Could you talk a bit about your literary influences?

JS: Well, my Grandma read W.B Yeats, amongst other Poets, to me instead of bedtime stories – so I guess that’s where my interest in, and love of, poetry comes from. Yeats is still a favourite of mine, and I would say his work has a significant influence on how I define poetry. Of course there are other, somewhat more recent discoveries, whose poems I love, and constitute some kind of influence: Sylvia Plath, Robert Frost, John Clare, P.B Shelley, Keats of course (thank you A-level English Literature), Garcia Lorca, Seamus Heaney (particularly his North collection), Gabriela Mistral, Frank O’Hara, William Carlos Williams … the list goes on.

My poetry seems to fall into two categories: poems that creep into my mind from the facts of daily life, and poems that grow from a sense of history and ancient stories. For the latter, I would say that really my influences come from the various retellings of folk stories – medieval based narratives have always captured my imagination, from the very first chapter of The Hobbit my Dad read to me, to the endless Norse myth based fantasy novels I read for myself as a child. Recently, Paul Kingsnorth’s ‘The Wake’, written in a shadow language that is somewhere between modern and old English, has been particularly inspiring. Folklore seems to me to be a form of social history, which interests me a great deal. It’s a whisper of the hopes and fears of what has come before, and so anything using those old imaginings resonates with me.

VB: What impact has lockdown had on your creativity?

JS: I didn’t know I was a poet until lockdown. Then, all of a sudden, everything stopped, leaving me with a lot of spare time – time which turned itself into poetry. My Dad and Murray, The Ciderhouse Rebellion, were attempting this project to record an album over the landline telephone (since they couldn’t meet up), creating improvisations together in real time with a hugely confusing set up – they achieved it, but with a lot of experimentation.

It is from that experimentation that my first poem for rúnian, my first poetry collection and also spoken word and music album, arrived. I wrote a narrative poem to be read over the music, they somehow attached me to the landline set up, and we recorded – no planning, just the conversation between my words and their music. Somehow, it worked! Once I had started writing, I couldn’t, and can’t, stop – the space to be myself that lockdown forced on me has totally altered my own self-perception.

VB: Since the pandemic began, you’ve used digital platforms to share your work. Has this been challenging for you? Has it offered new and creative ways to perform and write?

JS: Sharing my writing and performance online requires an awful lot of input, which is tiresome – it isn’t that I don’t have enough poems to post (I write all the time, so have plenty), it is just engaging with the dreaded algorithm that’s a bit wearing.

I was lucky enough to perform a spoken word piece at the Beardy Folk Festival last autumn, which went ahead with the appropriate social distancing regulations in place, and from that I can say with certainty that, as wonderful as the digital platforms can be, they can never compare with a moment of real and human connection through performance.