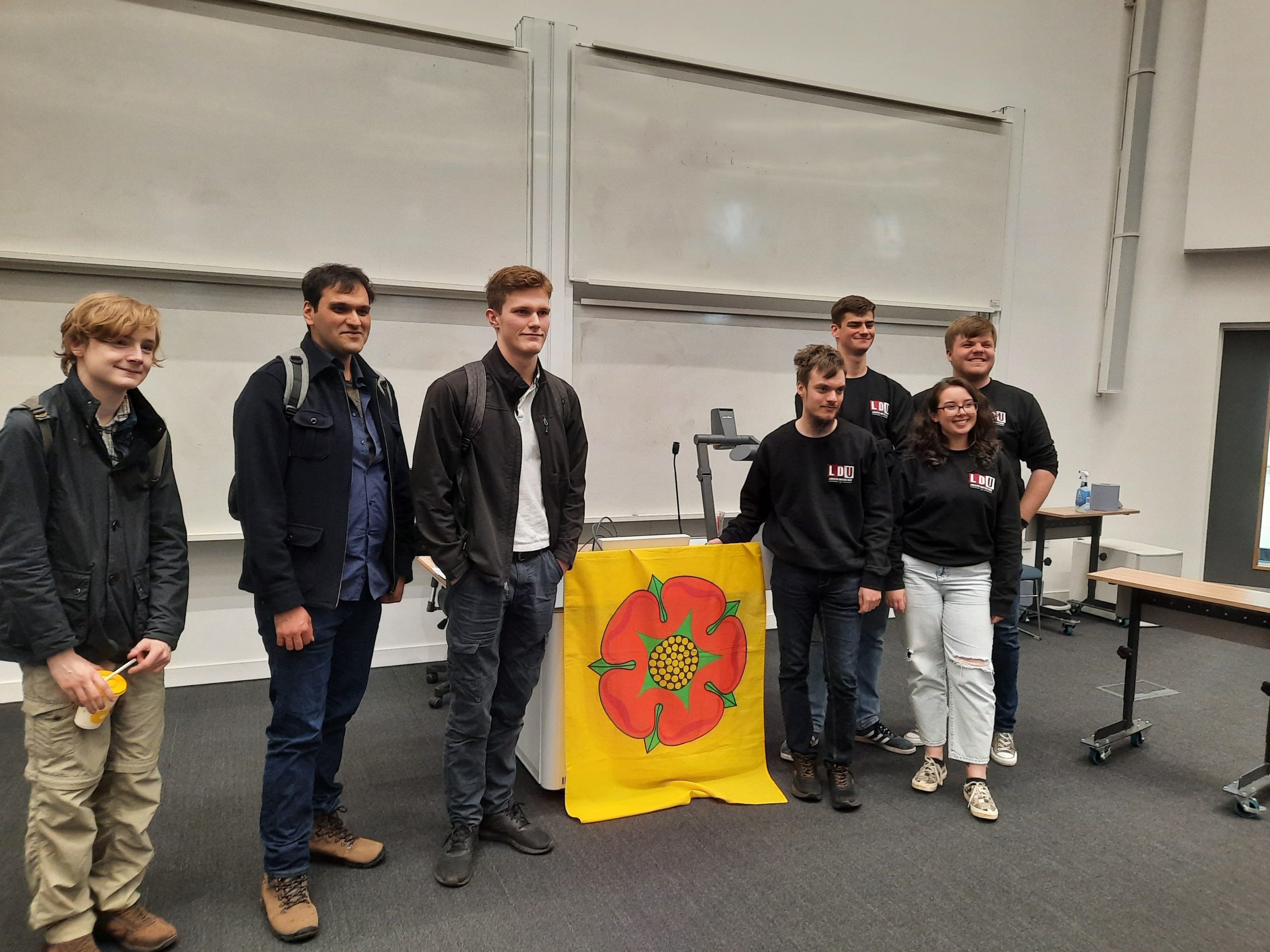 Away from the sports centre, the York and Lancaster debate team came head to head as two large teams on the northern circuit, tensions were high. This debate is in British parliamentary style, meaning that there are four teams, Opening Government, Opening Opposition, Closing Government and Closing Opposition. The aim is to put forward the best arguments and provide the best deconstructions of the opposing teams arguments.

Even though at this time in the tournament Lancaster had been declared the overall winner, for debate team member Fin it was all about bringing their ‘A-game, and doing damage limitation’.

The first motion had the teams debating whether there should be a financial incentive to lead a healthier lifestyle. York had a strong opening argument in favour of the motion, highlighting the importance of the welfare state, and the government’s responsibility to give everyone the opportunity to lead a healthier lifestyle. However Lancaster came back fighting, with the advantage of having the crowd behind them.

As the second half of the debate began, it was still anyone’s game. In spite of a strong closing argument from York, Lancaster was victorious in this round. The second round’s motion imagined planets based on the universities and towns of Lancaster and York, known as Lancastearth and Yorkshus. The motion read “In the event of first contact between these planets’ inhabitants, this house believes that it is in the interest of Lancastearth to preemptively attack the Yorkiens.”

This debate ultimately came to be based in different theories of international relations. With the Lancaster Government defending a pre-emptive strike on the grounds that it would prevent Lancastearth from being on the receiving end of colonial exploitation. While the York Opposition side responded with arguments about the positives of free trade between the two planets as a way of building prosperity.

The quality of debate was very high for the second round with lots of cross bench interaction and strong arguments from all teams, however the Lancaster team ended up winning each round.