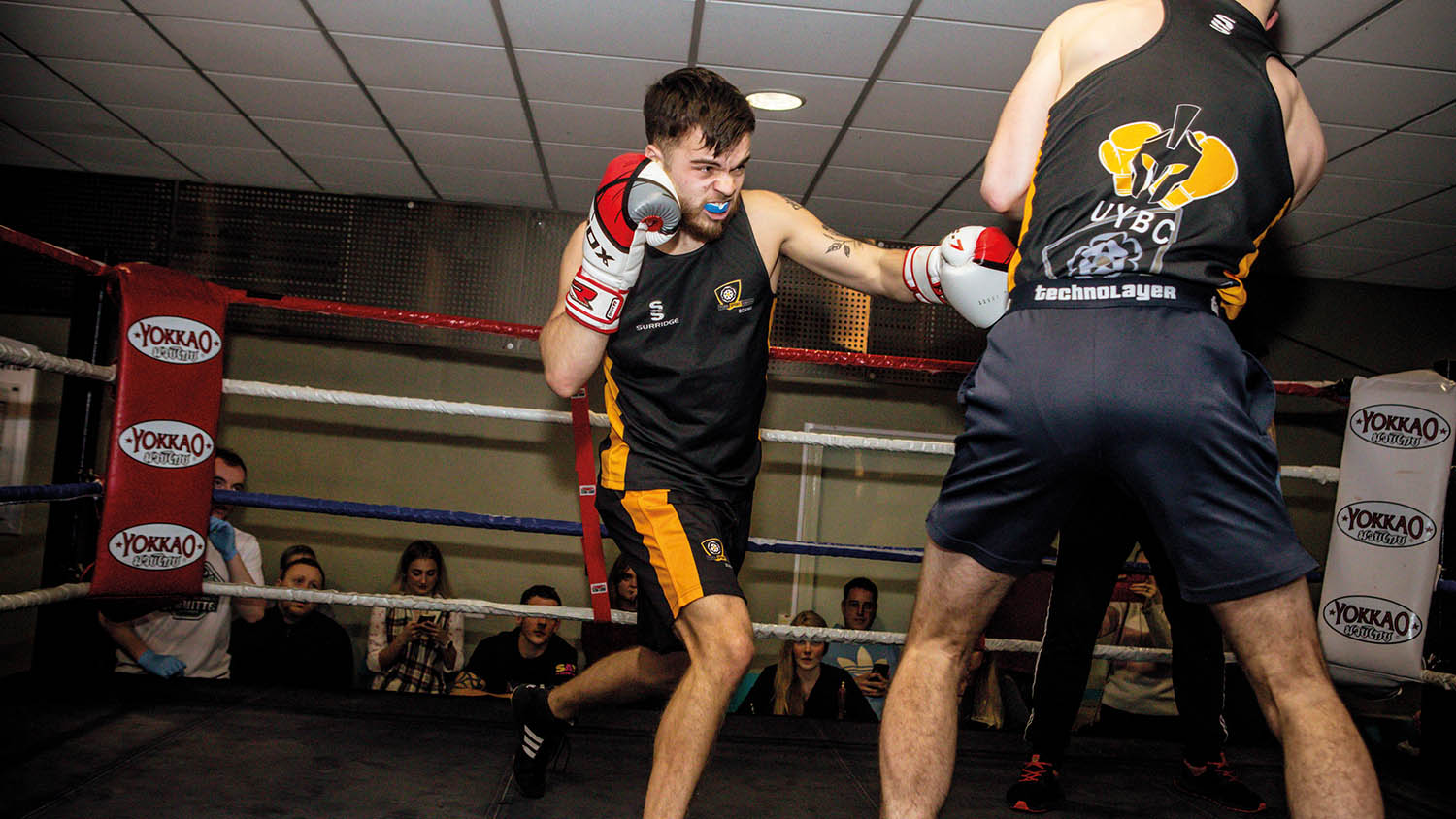 It has been two years since the University of York Boxing Club’s Fight Night has hit campus, and it is to make its return this Saturday at the Roger Kirk Centre.

Charlie Ridgeway will be fighting in the penultimate fight of the night, but told York Vision about some of the other fights he’ll be looking forward to on Saturday.

“Em [Hogan] and Karina [Kalinkina] should be a great fight because they’re both very experienced.

“Karina has had a few fights and Em hasn’t but she’s been boxing for years, so this should be good, their skill is just great.”

Communications Officer Chloe Crawford agreed this would be one to watch, saying: “Just watching them train, they’re both very dedicated and skillful fighters.

“I just think they’ll be such a good fight to watch and they’ve both got very similar fighting styles as well, it’s like watching them fight in a mirror.”

Charlie also told Vision: “Seungyoon [Lee] and Euan [Clague] should be a really good fight just because of their two different styles. Seungyoon’s a southpaw as well which is always exciting to see.”

The final fight of the night sees former coach Nak Khan take on current coach Hywel Cooper in an exhibition fight, and both Charlie and Chloe told Vision it was one that they were looking forward to.

Charlie said: “I think the one I’m most excited for might be Nak and Hywel just because it’s the two coaches and two really good fighters, which is what you want to look forward to.”