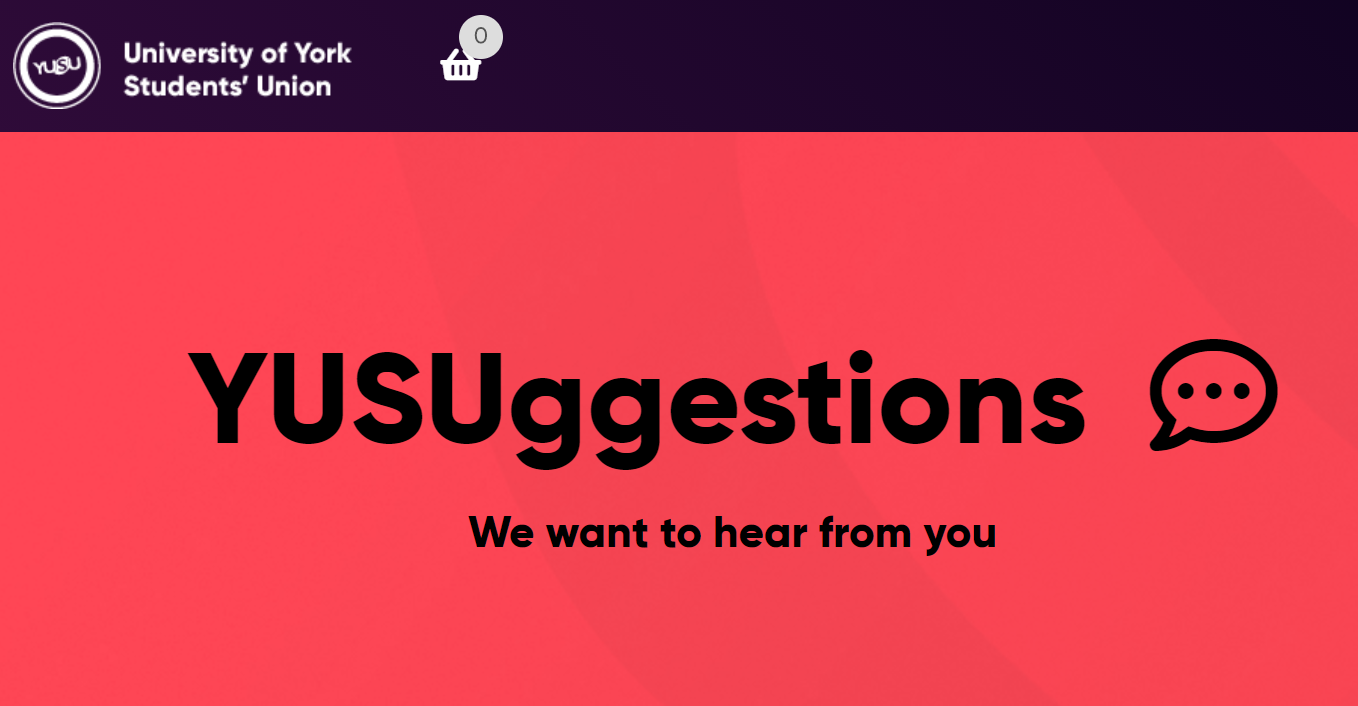 In a bid to win confidence with students and to maintain trust through transparency, YUSU are announcing a complete shift in practice with regards to YUSU policy and accountability by overhauling the policy process, separating policy and accountability by introducing a new paid YUSU role, and introducing an “Ideas Forum” to discuss and pass policy proposals.

YUSU President Patrick O’Donnell has said that he’s very happy to announce “the roll out of our new streamlined ideas process”, and has claimed that “it’s now easier than ever before for students to ask questions, make suggestions and work with the elected officer team across our Union to achieve change in our University and across our City.”

The overhaul in how students interact with YUSU practice has brought in significant changes to two of YUSU’s by-laws, some of which formalise the previously mentioned structures, but some other changes to officer accountability have also been introduced including doubling the time allowed for investigations into motions of No Confidence and introducing a 5% quorum on such motions.

The change in policy process has previously been put into motion with the YUSUggestions page at yusu.org/suggestions allowing any student to make comments or ask questions to YUSU that O’Donnell has described as “easier and quicker to use than ever before”, with sabbs providing feedback and updates on people’s suggestions.

Before now, only 20 suggestions from 13 individuals have been made through the site over the five months it has been active each with an automated response and most with a response from a sabb, but with the former process of submitting an idea to the Policy & Review Group on the way out, this will be the only front facing way for students to create change within the Union.

Those interested in YUSU policy may welcome the changes on one hand, as the regular termly policy process hasn’t been consistently in place since former YUSU President Alex Urquhart had a vote of no confidence submitted against him for suspending the policy process in 2018, and no policy coordinator appears to have managed to sustain three proposal periods in a year since.

Replacing the Policy & Review Group is the Ideas Forum, which is serves the same function of deciding whether or not ideas should become policy and fulfilling consultation and development in that aim, but with a vastly different membership.

As opposed to the four appointed members of the PRG, the Ideas Forum consists of the sabbs, part-time officers, the GSA President, two college Presidents (one from Hes East and one from Hes West), and representatives from the York Sport Union Committee, the Academic Leadership Team, and Activities representatives chosen by Societies and Media Committees.

However, the job of managing policy may now become easier as the new unpaid role of Accountability and Scrutiny chair is introduced to separate issues of accountability and transparency from policy as they were previously both under the purview of the Policy Coordinator.

The volunteer position (which is open for nominations now if you’re interested) has a variety of duties including holding termly open meetings with YUSU Officers, chairing the AGM, approving election rules, and chairing what is being called the Accountability and Scrutiny Panel, which is a body of four randomly selected students who convene to investigate into motions of No Confidence and Censure.

Alongside this position are various amendments made to different accountability processes including the doubling of how long a vote of no confidence investigation may take place from seven working days to fourteen and allowing extensions of investigation deadlines, specifically requiring a quorum of 5% – meaning at least 5% of YUSU members must vote in order for the VoNC to be valid, and rather oddly, removing the necessity for questions being put towards YUSU officers “in a friendly environment”.

Furthermore, YUSU aim to employ a student-staff member to support the administration side of the policy and accountability at YUSU, including helping to operate the delivery of YUSUggestions, accountability processes and the new Ideas Forum, once they have the financial means to do so.

The report that inspired the changes highlights a series of problems, but the presented changes not necessarily fulfilling every requirement.

An immediate focus is thrown onto how the process previously worked, stating that “the reality over the last few years has been the same small group of students (PTOs, sabbs, student media leaders) using the policy process to “get things done”, but the new Ideas Forum guarantees that PTOs and sabbs (as well as student media leaders to a lesser extent) are all guaranteed a position of influence over policy that they never previously held.

Furthermore, the report uses some quantative methodology by asking students questions such as “Do you think the Policy Coordinator should become a paid role?” which with a 78% vote in favour helped to support the conclusion that “the Policy Coordinator/Chair of the Policy Forum should be paid”, but the reality is that only 23 students responded to provide data.

That means that the recommendation has been carried forward with less than 0.1% of the student population making any notion of favourable support.

President O’Donnell noted that “our updates to the accountability process ensure that we can have full confidence in the activities of our elected officers and that all of our operations remain open and accessible to all”.