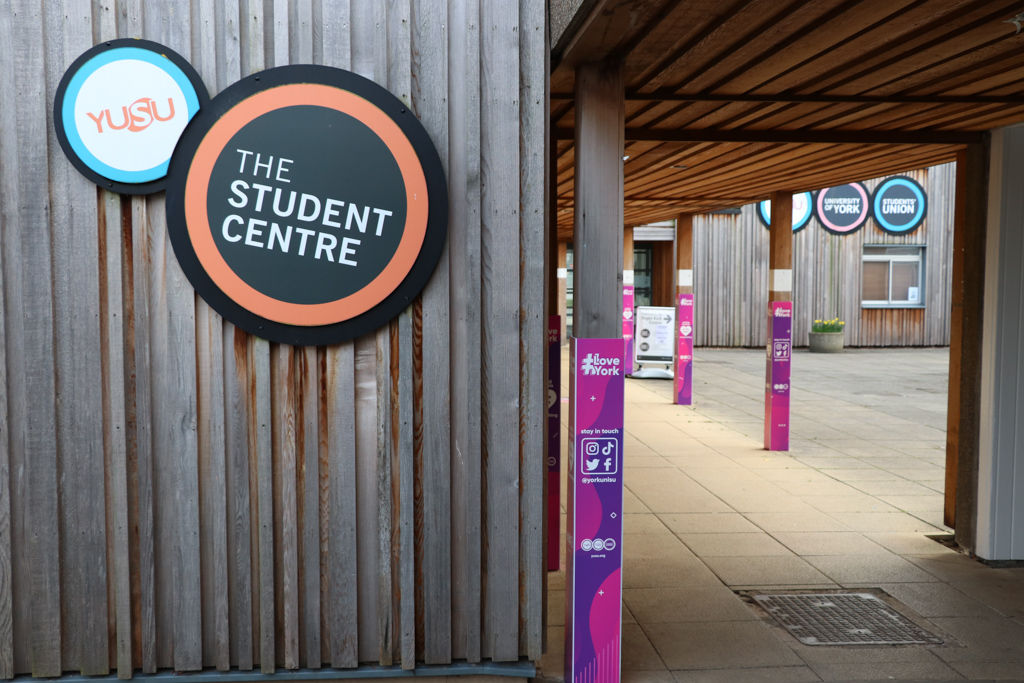 Speaking to York Vision, Kelly said: “They had the most generous offer to sports clubs, societies, and college committees.

“Without that financial backing, student groups would suffer substantially and other providers weren’t able to match that.

“York Parties were the only provider that could offer us access to four different large capacity venues throughout the week.

“No other provider could give us access to Salvos or Revs … they are pretty popular venues that were specifically identified in our consultation.

“York Parties were the only organisation that could really offer an innovative new concept for Thursdays, which we’ll be working with a new venue on (after the closure of Fibbers).”

When challenged by Vision on whether the decision to sign a new contract with York Parties fits with her promises during her campaign to work more with student events and promoters, Kelly said: “There will be opportunities for students to lead events with York Parties, but we need the assurance that we are going to have that investment back into YUSU group activity as we rely quite heavily on that.

“We need those assurances about health and safety as well, so by working with York Parties we can guarantee those things, but also give opportunities to students alongside that.

“So for me, it’s kind of a win-win situation, allowing students to get involved and give feedback on what they want to see from their nights, but also making sure that things are done professionally and with an organisation that we can trust.”

On student safety at club nights, Kelly said that York Parties had a “particular focus on implementing easy to access reporting tools” and “a range of improvements to their customer service processes.

“No other provider offered these reporting tools or a process of reporting feedback for students.

“We had concerns about some issues with other providers that included health and safety, data regulation, licensing, lack of investment into the city and investment into student activity, and lack of creativity and variety.”

Vision also asked Kelly about the online criticism of the decision to award a two-year contract to York Parties, which means that the next Sabb team would not be able to take a different decision for their year.

Kelly said that this “allows YUSU to plan ahead, especially financially.

“Two years is quite a good timeframe, because it does allow for the potential to plan ahead, but it’s not too long so that we can change providers if we would prefer to work with somebody else in a couple years’ time.”

Vision asked Kelly whether she understood the frustration that many students were feeling with the decision, and she said: “I do understand why people are frustrated.

“What I find especially frustrating is that we have tried to make it absolutely clear why we’ve chosen to go with York Parties.

“No other provider can ensure safety to such a high level alongside investment back into student activity and a variety of nights.

“I’ve done this consultation, and I will actually be releasing the data from that. So you’ll be able to see that on the website.

“It did come through that there were some students that did want change, but what’s especially good about York Parties is that they do tick all the boxes.

“We kind of are having a new sort of offering that I’m really excited about, like the range of new reporting tools and customer service processes.”

Some students have taken to anonymous social media pages to express their frustration, and Kelly said that: “What I found especially disappointing is that I’ve been targeted on these anonymous pages, but very, very few people have actually messaged me or emailed me personally with questions about the contract or with their concerns.

“So I’d just like to invite people to engage with me personally if they would like to chat.”

More broadly, in response to the criticism that has been directed towards her on these pages since the contract was signed, Kelly said that “some of the information is flat out untrue.

“You know, my manifesto is publicly available on the YUSU website, you can see what I promised and I didn’t promise some of these things that have been posted on Yorfess.”

One promise that Kelly made during her YUSU Election campaign was that enough Freshers’ Week tickets would be available for all year groups, not just first years.

When asked whether this would be possible with this new contract, she said: “we will be announcing some very exciting information about this soon [so] I can’t comment too much”.

Despite YUSU’s decision to offer the contract for Official Club Nights to York Parties, Kelly claimed that YUSU “will be promoting complementary and alternative events, at independent venues in town like The Crescent which really complement the standard weekly offer”.

Kelly talked about YUSU’s decision-making process for the awarding of this contract and said: “We announced that we were putting the contracts out to tender and providers were invited to express an interest to pitch to us.

“We had four providers that came and pitched, to me, Patrick [O’Donnell] , Franki [Riley], and a YUSU staff member who was there in an advisory role.

“The decision was then made as a Sabb team, based on four key criteria, which were rooted in the data from the consultation.

“Those four areas were: firstly, the welfare of students at club nights, including accessibility provision, secondly, social consciousness and values, including professionalism, trust, and integrity.

“Third was students’ value for money and the creativity of the offer catering for as many students as possible, and fourth was investment back into student activity, financially and via opportunities.

“It was those four key areas that we were looking at and we have offered to give in-person feedback to those that were unsuccessful.

“York Parties went above and beyond in all four areas of scoring, exceeding minimum expectations.”

Further details of club nights for next year are expected to be announced in the next few weeks.

YUSU say that they are ensuring that they have covered and organised all groups’ needs, such as those of colleges for Freshers’ Week, before making an announcement.