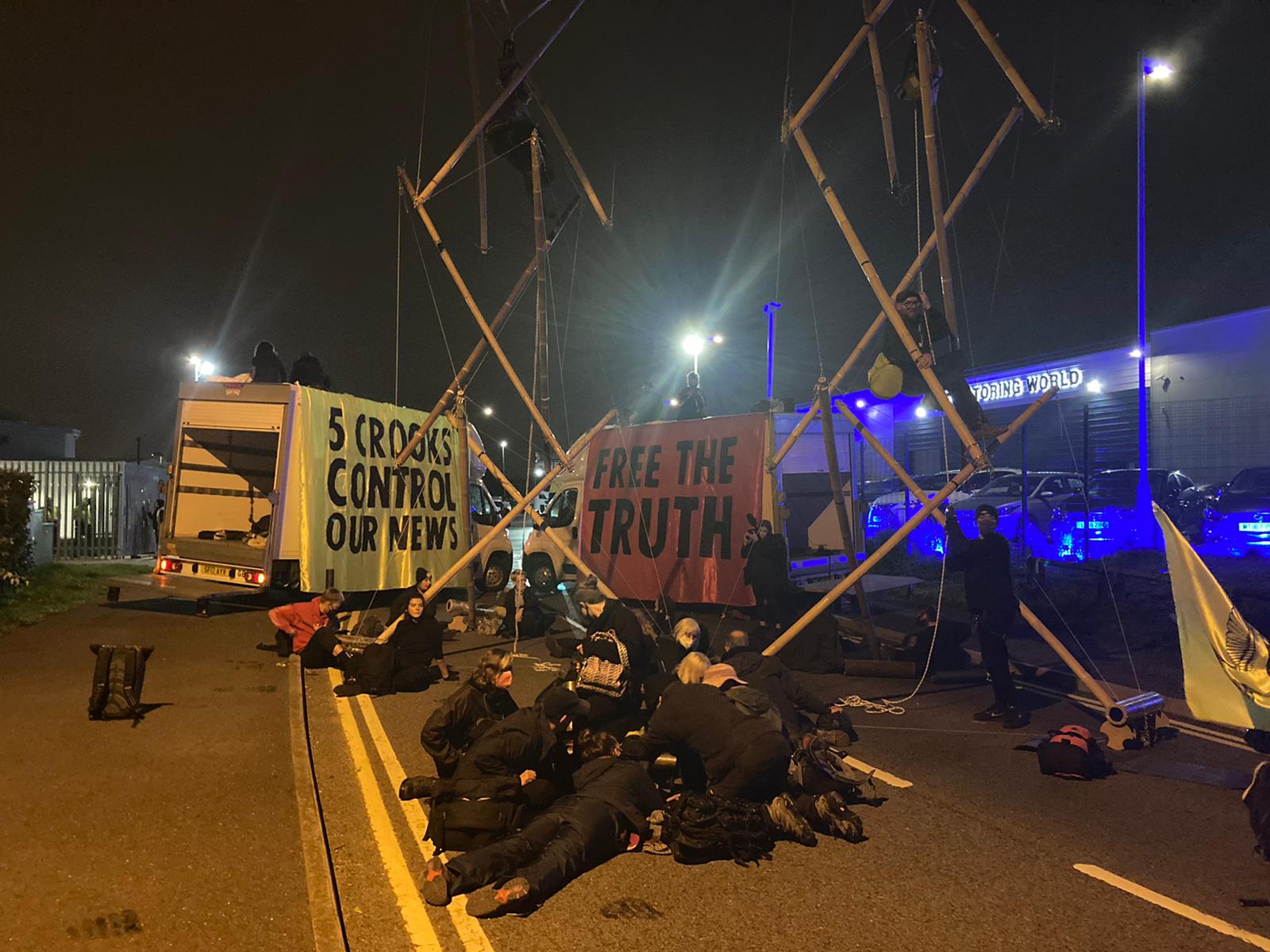 Two University of York students were arrested after the York branch joined the Extinction Rebellion (XR) protests at NewsCorp on Saturday, claiming the newspapers have failed to report on climate change.

The NewsCorp print presses are responsible for Murdoch-owned titles including The Times, The Sun as well as other newspapers like The Daily Mail and the London Evening Standard.

77 ‘rebels’ were charged as the organisation protested multiple printing presses across the UK.

In a statement from their Instagram page on Friday night, Extinction Rebellion York said: “Northern rebels, alongside rebels down south are using disruption to expose the failure of these corporations to accurately report on the climate & ecological emergency, and their consistent manipulation of the truth to suit their own personal and political agendas”.

The protest used vehicles and lock-ons (where rebels make it difficult for others to remove them from a certain place), with the intention of preventing newspapers from reaching newsstands this morning.

Printing of these newspapers was transferred to other sites.

The Prime Minister has branded the protests “completely unacceptable”, with Home Secretary Priti Patel, tweeting that the protests are an “attack on our free press, society and democracy”.

Extinction Rebellion have also faced criticism for stopping the print of articles, including an exclusive in The Sun by Sir David Attenborough on the climate crisis, and an environmental investigation by ex-Vision editor Helena Horton for The Telegraph.