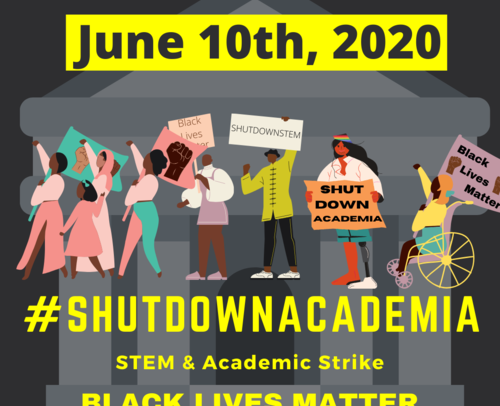 Academics at the University of York have announced plans to suspend academic activities as part of a demonstration against racism.

The planned cancellations, which will take place tomorrow on the 10th of June, were announced by Professor Kieran Gibson – Head of the University of York’s Physics Department – in an email to all physics department staff and students today. In the email, Professor Gibson announced the cancellation of various events, saying that this was “to allow time for us all to reflect on the challenges we face in our community to ensure true equality for all.”

The cancelled events include the Departmental Colloquium and Staff-Student Committee. Both events have been postponed and will be rescheduled although their new dates have not yet been announced.

It is not yet clear whether other departments or individuals at the University of York also intend to strike, however this strike is part of a wider international protest which is going viral using the hashtags #ShutDownAcademia, #ShutDownSTEM, and #Strike4BlackLives. Although the strike’s organisers, Particles for Justice, have encouraged as many people as possible to get involved, they have clarified that the strike “is aimed at the broad research community who is not directly participating in ending the global pandemic, COVID-19.” The organisers have also offered their “sincerest gratitude” to those who will be working on a Coronavirus vaccine on the day of the strike instead of participating.

For those who are intending to participate in strike action, the website shutdownstem.com has suggested that strikers should use the day either to define a plan to hep eradicate anti-Black racism in academia and STEM or to use the opportunity to educate themselves about racism, particularly racism in academia. Their website offers several lists of resources categorised according to each individual’s purpose and level of education. These include lists for those who are “still new to discussions about race” as well as those who are “looking for resources about anti-Black racism specifically in academia” and those who are looking for self-care resources.

This strike is one of the first official protests by members of the University of York following a series of protests triggered by the death of George Floyd on 25th May 2020. The killing of George Floyd, which was referred to by YUSU as a “murder” in an email from 5th June, has sparked protests and demonstrations around the world and has already led to the disbanding of the Minneapolis Police Department, whose former officer Derek Chauvin knelt on Floyd’s neck for almost nine minutes until Floyd’s death. Chauvin has since been arrested and charged with murder, but protests are still ongoing.

Strike organisers Particles for Justice have said that the strike is not about “calling for more diversity and inclusion talks and seminars [or] asking people to sit through another training about implicit bias.” They are calling for real, permanent change and the commitment of every member of the academic community to take “actions that will change the material circumstances of how Black lives are lived [and underpin] the belief that Black Lives Matter.”