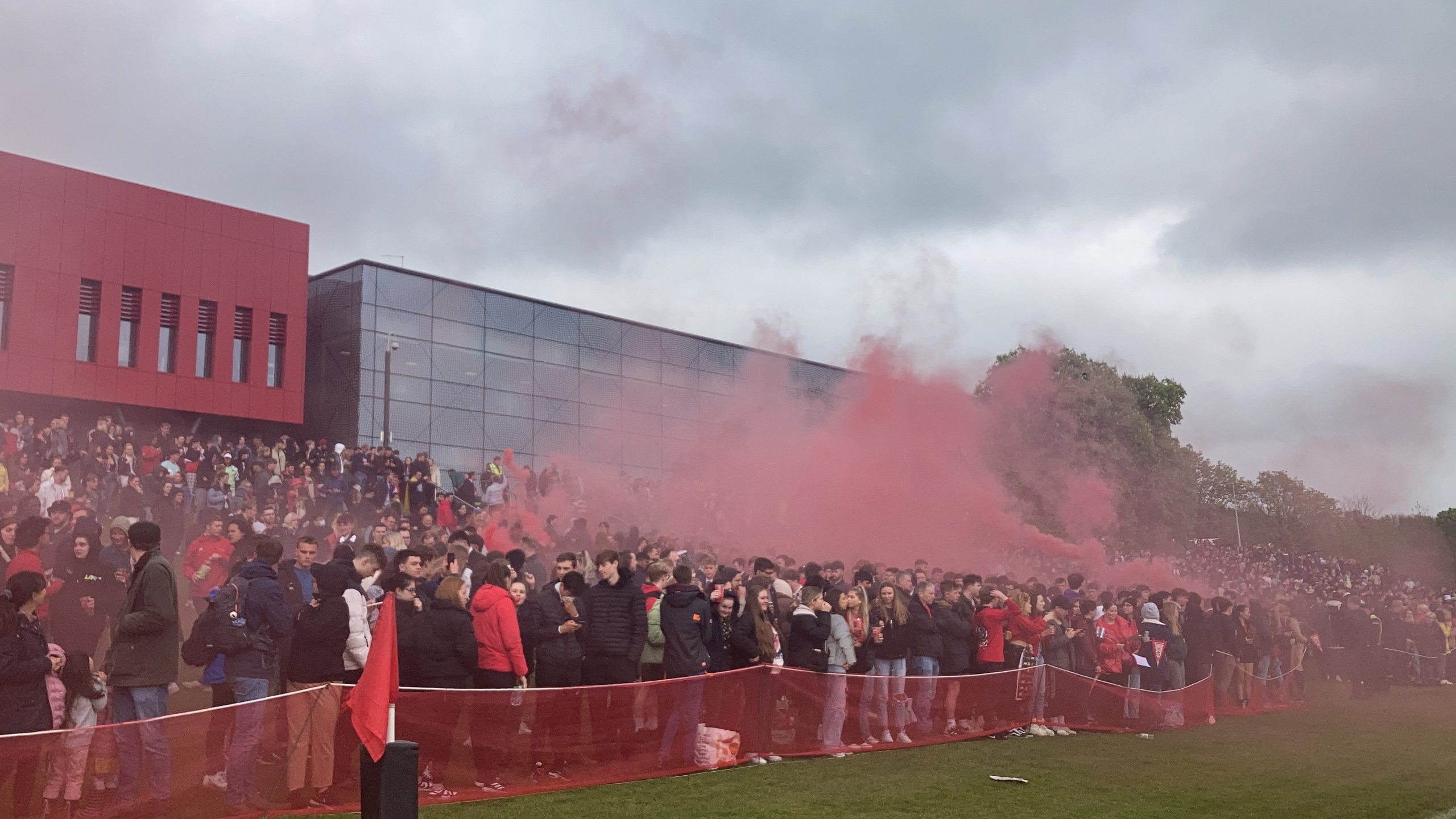 Occurring at this year’s away Roses tournament, racism towards York player Dylan Jinmi has gone mostly undisclosed by the University.

Playing during the men’s firsts Rugby match at 4pm on Roses Sunday, Jinmi was the victim of racist targeting from Lancaster fans.

Witnessed by the Vision team attending the game, along with Dylan’s own team mates, the racism seen at Roses has remained undisclosed by the University and York Sports Union.

Vision interviewed Dylan on the discrimination he received and the University’s lack of support in the aftermath.

Stating that he “received a lock of heckling from Lancaster fans which [he] ignored”, Dylan initially described his feelings towards the racial discrimination.

Emphasising that whilst he has experienced abuse at previous games, experiencing racism at the high-profile Roses tournament came as a shock as Dylan described it as such a “large event”.

After being approached by the York coach and two teammates, Dylan was made aware that not only had his team witnessed several Lancaster fans call him racial slurs, but that the referee at the game was asked to take action and refused.

Dylan informed Vision that “York Sport Union were aware at the time but I was never contacted by them” following the racism incident.

Jinmi only received communication from York a week later following complaints issued by the player’s family.

Vision was also told that despite relaying the names of his teammates that had also witnessed Jinmi be the target of racist harassment, he has still not received news on any investigation.

Dylan has also never received an official apology from Lancaster University for the harassment he experienced.

Vision asked Dylan to disclose the process of trying to access support from the University of York.

Stating that “both [his] mum and grandparents sent off emails to York the week after the incident”, Dylan reiterated that it was only after family intervention that he received contact from the University.

Dylan told Vision that he “told the University the names of two of [his] teammates that had heard fans say slurs” in the hopes of providing more lines of enquiry.

Vision were informed however that “it took two weeks for York to tell [Dylan] they would follow up” on the racism incident despite complaints from family.

Dylan ensures Vision that he has had no communication from the University since despite being informed that he would be updated on the investigation.

Fraser Strand, player no.6 during the Roses 3XV tournament on Saturday 30th March, also reiterated that the team has not heard from the University and are unaware of any developments in the investigation.

However, a University Spokesperson informed Vision that the issue has not been reported to the University’s Conduct and Respect team despite Dylan’s communication and complaints from family.

When asked about the slurs used by Lancaster fans against the player, Jinmi emphasised that his teammates were uncomfortable repeating them.

Dylan also disclosed that one of the fans who made comments was confronted, with the Lancaster supporter apparently stating that “I’m not racist, I have black friends” when challenged by the away team.

Vision has previously attempted to reach out to Lancaster Student Union and Vice Sports President to comment on the behaviour of Lancaster fans, however have not received contact.

Vision asked Dylan what steps need to be taken to prevent racism issues from occurring in the future and how the University can better support those who are the target of discrimination:

Dylan also emphasised the need for Lancaster University to issue an official apology, reiterating that “punishments need to be given to teams whose fans commit racist acts, whether it’s financial penalties or a points deduction.”

The bottom line came from Dylan, stating that “racists need to learn there are consequences to their actions.”

Vision spoke to York Sport Union President Franki Riley about the racism Dylan faced and the University’s handling of the incident:

“During the Closing Ceremony of Roses 2022, two York students approached me saying that a member of their club had experienced racial slurs during their match.

“I was extremely concerned about this, and without a way of getting an official account of the events at that time, I asked the students to work with their club leaders also present during the game to send me a written account including as many details as possible so that we could take action.

“At the time I was never told who the student was or given any contact details for me to pass on to the appropriate staff or to get in touch with myself to follow up.

“It wasn’t until we (YUSU) were passed an email from the student’s mother that any written contact was made to YUSU officially reporting the incident and providing us with identifiable details.

“With this information, we immediately contacted the student directly for more information and to provide support, and began working with colleagues in Lancaster to investigate. That investigation is still ongoing, and we are awaiting updates and hope an appropriate conclusion will be reached soon.

“YUSU takes racism and all discriminatory incidents extremely seriously, and were extremely saddened to hear of what happened.

“Racism is not welcome in our community and at any sports competition we participate in and we do not tolerate our students being subject to such behaviour.

“We encourage anyone with any information to come forward directly to YUSU.”