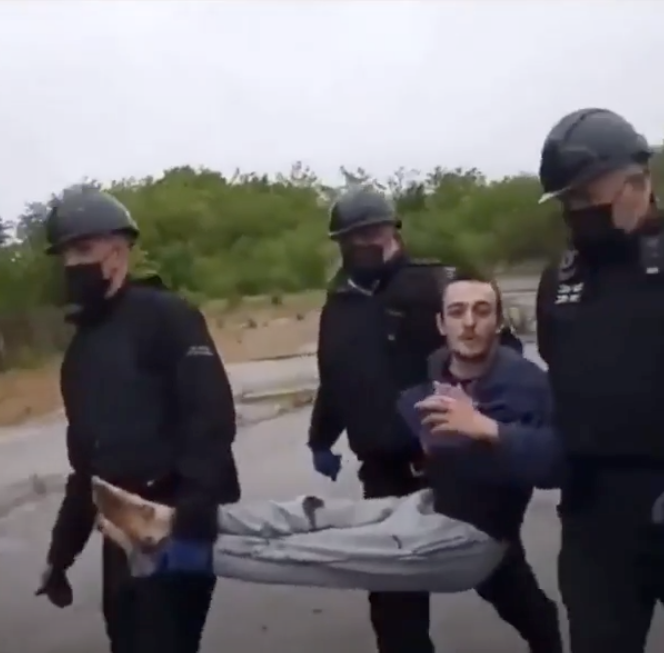 Protesters gathered outside a vacant site near York’s Barbican Centre on Saturday, after the eviction of squatters early on Friday morning.

The squatters occupied the site to highlight the lack of development in the 15 years since it was sold by the Council to Persimmon Homes.

The group, including local activist and student Patrick Thelwell, used the site as an allotment and community centre, while calling for the Council to repurchase the site.

At this weekend’s protest, Thelwell spoke to York Vision and said: “Yesterday I was illegally and violently evicted from the Barbican Community Centre, which we set up less than a week ago, to give land back to the people of York from the greedy private developers.

“It wasn’t the council’s land to sell because it belongs to the people of York.”

A spokesperson for Persimmon Homes responded, saying that: “The illegal trespassers at our Barbican site have been removed in full accordance with well-established legal procedures.

“At our request, police officers were present at all times to monitor the situation. All but one of the trespassers left voluntarily when requested. The site has been made secure and we are continuing to review various options for the land’s future.”

Public involvement in the protest was encouraged, with chants of “power to the people” and communal dances to music.

City of York Council Deputy Leader and local ward councillor, Andy D’Agorne, commented on Twitter that he was “Shocked to see footage of private bailiffs removing peaceful protesters this morning without any legal basis.

“[Persimmon Homes] have sat on this site for 15yrs and not progressed planning consent for homes yet now conduct illegal eviction of peaceful protesters.”

One student in attendance commented to Vision: “I think that land that goes unoccupied for 15 years […] is a travesty, and it should have changed anyway, so I fully support the cause.

“I think certainly what got my interest in coming along today was what seems to be a forceful removal of them.

“Regardless of the politics behind it […] there’s a broad point to be made by how the site has been moved and how the corporation has used every modicum of force to remove the protestors.”

One thought on “Protest as Squatters Evicted from Barbican Site”