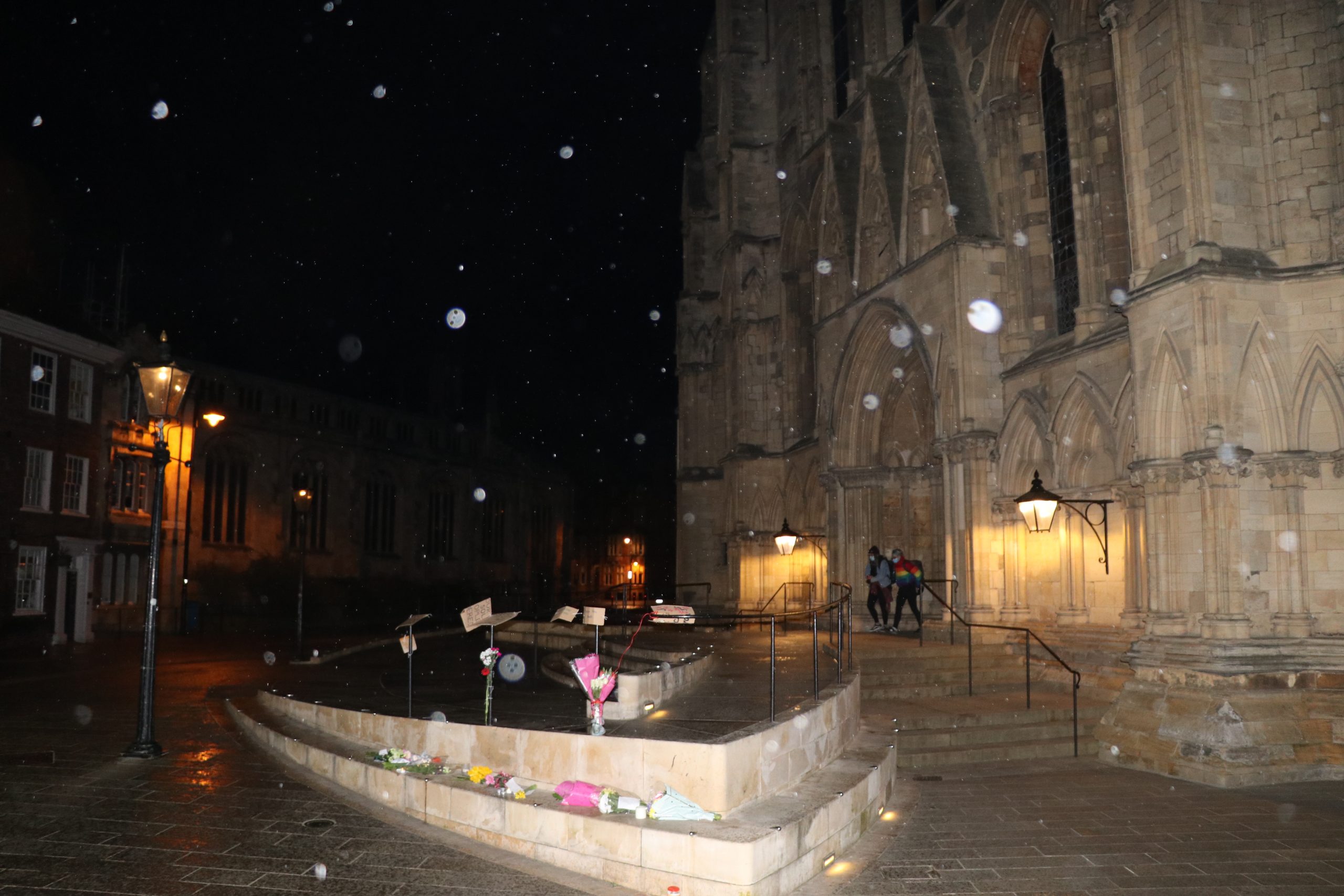 North Yorkshire Fire, Police, and Crime Commissioner Philip Allott has apologised after saying that women “need to be streetwise” about police conduct and the legal process in the wake of Sarah Everard’s murder.

In an interview with BBC Radio York, Allott caused outrage when he said that Everard “never should have submitted” to the false arrest that her murderer Wayne Couzens orchestrated.

“Perhaps women need to consider in terms of the legal process, to just learn a bit about that legal process”.

In response to the Commissioner’s comments, the Last Taboo York made this statement to York Vision:

“The comments made by Philip Allott are appalling for a number of reasons. It’s sad that we even need to reiterate that it is not a woman’s responsibility to keep herself safe when walking home. We need to move away from this narrative which places blame on women and perpetuates a victim blaming culture and leaves the perpetrators unaccountable for their actions.

“The police shouldn’t be an institution we are afraid of yet we have reached a point in society where the people who are meant to be there to keep us safe and the ones causing the danger. It is completely unreasonable to expect anyone to question the authority of an officer, even if they have “learn[t] a bit about the legal process.

“We are upset that people who make these sorts of comments are the ones who are supposed to be responsible for keeping our community safe. We need to start changing these damaging attitudes and focusing on preventing these horrific events from happening instead of reacting to them.

“For any students who have been affected by this or anything similar, reach out to our Sexual Violence Liaison Officers who are at the University to help you. https://www.york.ac.uk/students/health/advice/sexual-violence/ Or you can visit https://www.thelasttaboo.co.uk/support-services for a range of support services.”

Wayne Couzens, who has now been sentenced to a whole life term for the murder of Sarah Everard, was found to have used his knowledge of COVID-19 patrols, and his Metropolitan Police warrant, to feign an arrest for a breach of COVID-19 guidelines.

The 48-year-old officer handcuffed her before making her go into his car and then driving away.

Conservative Mr Allott said that “a police officer can’t just arrest you, there has to be a reason”.

“She should have never been arrested and submitted to that.”

Allott has since published an apology on Twitter, in which he said that: “I would like to wholeheartedly apologise for my comments on BBC Radio York earlier today, which I realise have been insensitive and wish to retract them in full.”

Allott’s comments have continued to spark fury online, with some calling on him to resign, and others saying that his comments indicated that he held victims responsible for preventing police officers abusing their power.

Lucy Arnold, from campaign group Reclaim These Streets, told the BBC that she thought it was a “horrifically offensive thing to say”.

“Does anyone really feel like they can stand up to a police officer?

“I am very confident I know my rights, I know the law, but no I wouldn’t feel confident at all.”

Reclaim These Streets has set up a fundraiser for women’s charitable causes following Everard’s death, which has now raised over £500,000.

If you have been affected by any of the issues raised in this article and need support you can visit Victim Support North Yorkshire or End Violence Against Women.