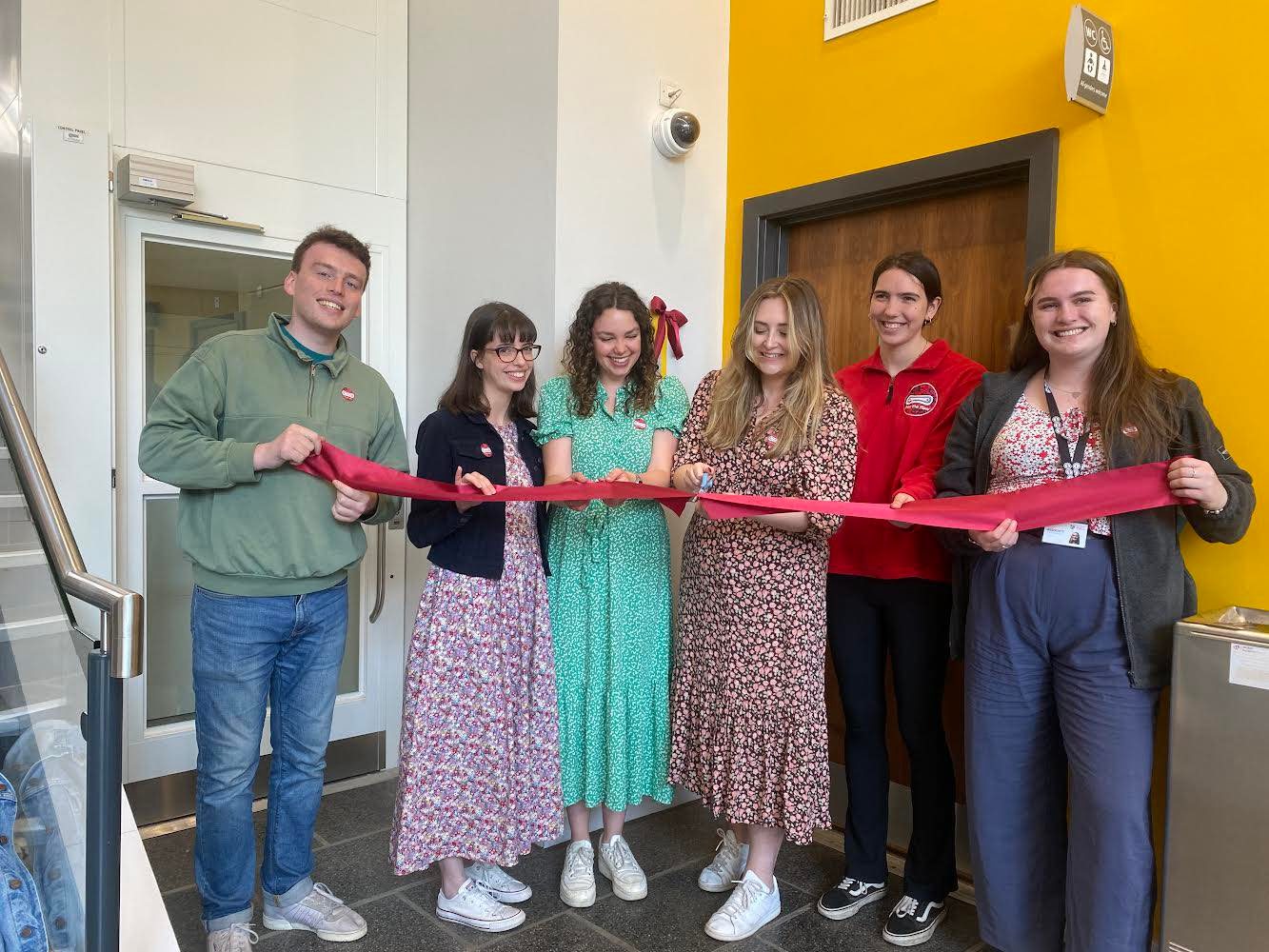 After three years of campaigning on behalf of students at the University of York, Free the Flow celebrates the launch of Aunt Flow (free period product machines) on campus.

The initiative began when one student began volunteering at a food bank and realised the prevalence of period poverty. They began taking donations, which were stored in a garage in their student house. These were collected by local charities, churches, and youth centres. The group supplied one youth centre in York with a year’s worth of supplies to help combat period poverty.

After helping the wider community, the student led initiative wanted to bring their scheme to the campus and do their bit to help students at the University facing period poverty. After having previously been told by the University that they would have to find the funding themselves, Free the Flow have secured university funding to carry out the trial.

The founders of the project have now graduated, but came back to campus to launch the long-awaited free period products. The machines are imported from the US and had previously been delayed, making today’s launch even more exciting.

The University has previously provided period supplies on an ad hoc basis in colleges and the YUSU reception, but this new scheme makes period products more accessible to all.

The trial will run throughout the summer term and products will be available from dispensing machines on the ground floor of the Library, Spring Lane Building, and the Ron Cooke Hub.  The machines will be topped up daily and feature a number to text if supplies run low.

Vision spoke to the founders of Free the Flow at their launch event. They emphasised the importance of the words ‘sanitary’ and ‘feminine hygiene’ not being used as they imply that periods are not sanitary and that only women menstruate. One of their key messages is that “not all women menstruate and not all menstruaters are women.”

The group gave guidelines to the University regarding how the scheme should be carried out. They insisted that the machines should be in gender neutral toilets where possible, and in both men and women’s toilets if the building does not have these facilities. They also reiterated the importance of the products being accessible to those with disabilities, making ground floor toilets the ideal location.

The trial will last throughout the summer term and the University will decide whether or not to renew the scheme based on its success. The team at Free the Flow emphasised that the supplies are there to be used and that they are not purely an ’emergency supply’. Visiting members to the University, staff, and students are all welcome to use the machines if they are caught off guard or cannot afford supplies.

The University of Newcastle had previously rolled out a scheme which provided its students with free period products. However, the machines were electronic and would only dispense when the student tapped their student card. The new machines on campus are manual, making them more inclusive and less likely to run into faults.

Holly, the founder of Free the Flow, stated that their next step would be to offer biodegradeable and sustainable period products.

The president of the Student’s Union, Patrick O’Donnell, stated: “This is a huge collaborative effort, and I am grateful to elected officers across YUSU and staff at the University who have provided insights and support to tackle this issue head-on.”