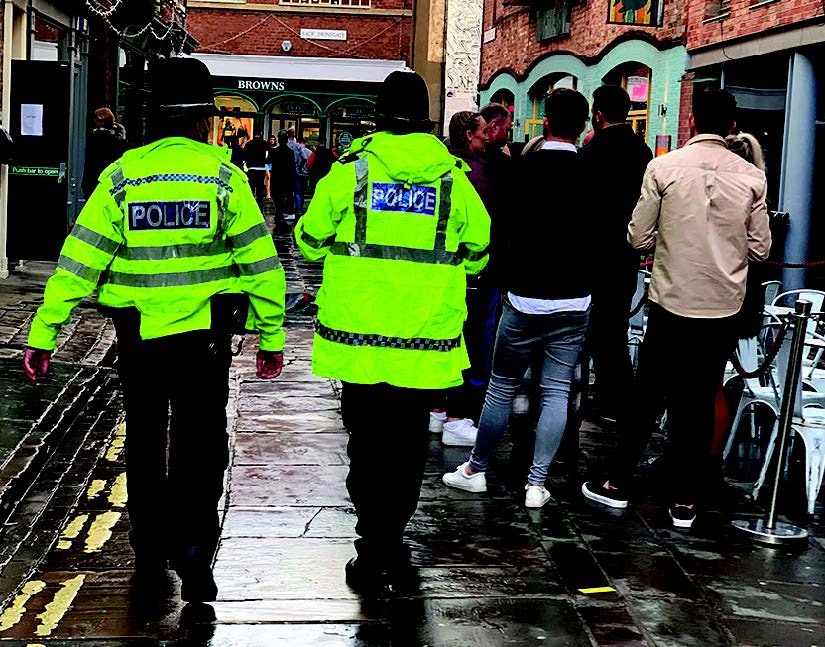 North Yorkshire Police asked YUSU and the University of York to add more information to ID cards as part of their clampdown on COVID breaches, York Vision can reveal.

The idea was floated by an officer from North Yorkshire Police in October so that students would have their term-time addresses recorded, as their drivers licences were often linked to their parent’s addresses.

At the time York was under Tier 2 restrictions, which allowed for no more than six people to socialise.

People were not allowed to socialise indoors with those outside their household at the time, due to Tier 2 restrictions, and venues had to close by 10pm.

North Yorkshire Police told Vision that this was part of an effort to “form a collaborative solution to the issues students faced when trying to access hospitality premises in the city”.

The idea was scrapped after YUSU President Patrick O’Donnell denied the request by the force, telling the officer in an email:

“I strongly feel that students should not be singled out in this way and made to identify themselves as this ultimately only fuels the ‘us and them’ attitude which some in our city are developing.”

Students from the university told Vision that it would have been an invasion of privacy if the move had gone ahead.

Tom Willett, a History student said: “It feels like another instance of university students being unfairly targeted and disproportionately blamed for rule breaking”.

“The police covertly getting involved in students’ union business does not sit right with me, and being made to carry ID cards would feel like an invasion of privacy.”

“Making students carry a card would be extremely difficult to enforce and throws up quite a few safety concerns.

“For me, this suggestion by North Yorkshire Police demonstrates the discrimination student face from the institutions that at be. Just because it is logistically possible to use the university to access our addresses it doesn’t mean it is fair.”

Ollie Mulcahy, a third-year PPE student, said that the idea was poorly thought out and could damage students’ safety on campus.

“How is this keeping students safe? Losing your student ID could mean that anyone could find out where you live, and it’s not like student accommodation has the same level of security as normal homes,” he said.

This isn’t the first time North Yorkshire Police has been accused of overzealous policing.

Jun Pang, Policy and Campaigns Officer for Liberty, told Vision: “You can’t police your way out of a pandemic, and we shouldn’t accept over-zealous policing and surveillance, even as temporary measures.

“Those in power should be focusing on supporting people, and helping them to follow guidance. That’s the best way to keep everyone safe, and why we must reject strategies like ID cards which are based on surveillance, punishment and division.”

Kathryn Downey, a PPE student, told Vision: “The police have definitely overstepped the mark. The pandemic has already hit students hard, if this was implemented it might cause additional stress for people, even if they’ve done nothing wrong.”