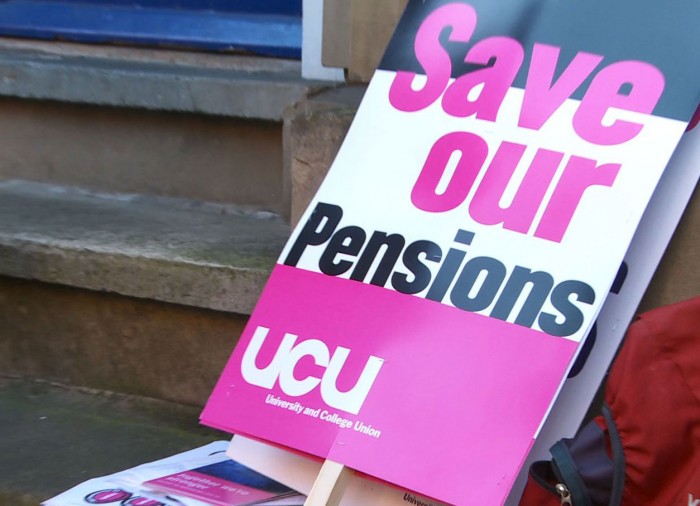 In a response to the signatories of an open letter regarding union action, the Vice-Chancellor outlines how he intends to move forward.

Charlie Jeffery begins by stating that he too shares the “sense of exasperation that the sector finds itself in continuing industrial dispute”, which provoked him to produce a response.

The open letter, signed by staff and students at the University, urges Charlie Jeffery to act on three areas of focus in order to resolve industrial disputes. The letter details how signatories are “united in frustration by the failures of leadership across higher education that have led to recent industrial action”.

The three recommendations made by the signatories are for Jeffery to:

“Withdraw your support for the Universities UK pension reduction plan, and push other Russell Group Vice-Chancellors to follow suit.“

“Make public your support for a fair pay settlement for all higher education staff, and a sector-wide approach to address casualisation of employment.“

“Make public your support for a sector-wide framework for addressing gender, ethnicity, and disability pay gaps.”

The chancellor responded, stating that:

“Let me begin by addressing the second and third of these suggestions, as my response to them is a straightforward ‘yes’. “

“On pay, we do need to recognise that the pressures on take-home pay driven by increases in the cost of living have to be part of the discussion on the pay settlement this year. I am also in favour of negotiating a carefully designed, multi-year settlement, which would give us much-needed stability.

“I am in favour of including the other three ‘fights’ – on casualisation, pay gaps and workload – in national negotiations, with a view to establishing a framework of principles which would draw on the good practice that exists in the sector.”

He also suggests an additional area to help contain costs, stating that:

“I also think there needs to be a third strand of discussion.  So I think the third part of the national package needs to include a commitment at the local level to discussions on cost containment. I have suggested space usage as a promising area to look at.”

His response to the final point isn’t as straightforward. He acknowledges that “the outcome to the 2020 valuation agreed at the JNC will be implemented as of 1 April. It will reduce benefits.

“I understand that this is a painful outcome which has caused considerable anxiety and anger, not least because the package of proposals put forward by UCU nationally appeared to make a different outcome possible.

“So even if USS decided to conduct a 2022 valuation, its outcome could well have left us all in more or less the same position as the 2020 valuation, with one exception: we would be at least two and possibly more steps up the contributions escalator by the time this became clear.

“[…] there would be real risk of some employers withdrawing covenant support and of higher opt-out rates among members. Either would raise questions about the viability of the scheme. For me the risk of this happening was too great for this University to give support to the UCU proposals.”

He recognises the urgency of the situation, stating that: