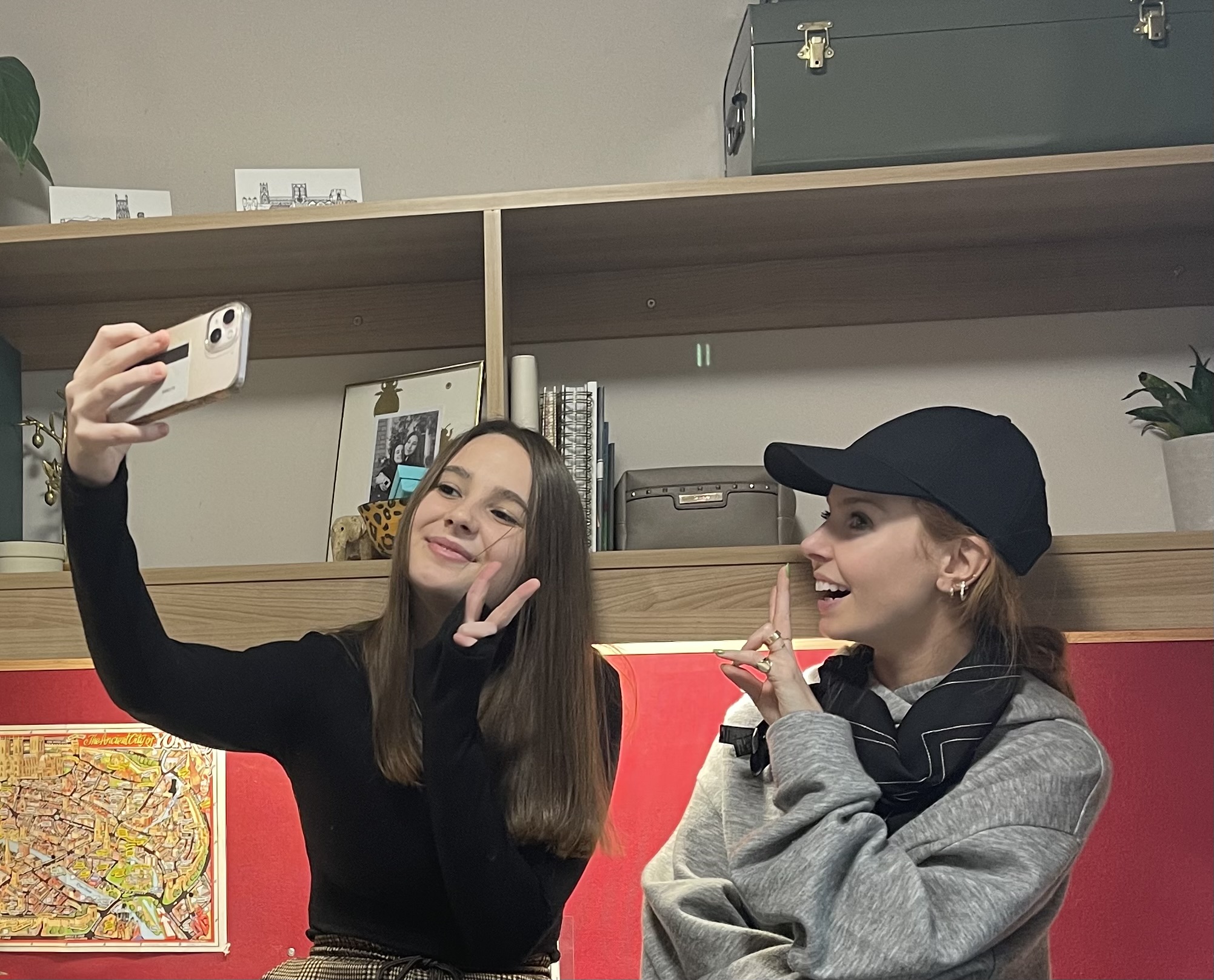 Scrolling through TikTok one night, I stumbled across Molly’s video entitled “Stacey Dooley visited me at uni”. When I saw that one of the tags was #UniofYork, I knew I had to find out more!

Firstly, in a few lines, could you introduce yourself and the project you have been working on?

Hi, I’m Molly and I’m a first year student at the University of York. When I was 14, I was diagnosed with anorexia nervosa and since getting professional help and recovering, I have been passionate about sharing my experience in order to help others and spread awareness. Recently, and my biggest project to date, I was lucky enough to meet Stacey Dooley and the BBC Sounds team to record an episode of her podcast “Fresh Starts” detailing my struggles with Anorexia nervosa and how recovery has allowed me to start university.

How did you hear about the podcast?

I have been a massive fan of Stacey Dooley for a few years now as TV journalism is something that I love and am really interested in myself. So when she announced on her Instagram that there was going to be a second series of “Fresh Starts” and she was looking for people to share their fresh starts, I jumped for the opportunity as I was about to begin something completely new. I sent a short email explaining that I was starting university in a couple of weeks and how for most of my teenage years I was ill with anorexia so moving away from home and starting university was always something that felt completely out of reach.

Was there an application process for working on the podcast?

I wouldn’t say there was so much an application process as such from my end.  After I sent the initial email, I really wasn’t expecting a reply as for things such as this there are so many applications but a few weeks later I received an email from one of the lovely BBC producers, Blanca, saying that they were interested in my story and we arranged a phone call to speak in more detail. I’m guessing as well they were checking from a production point of view if I would be able to speak well on a podcast etc. We were then in regular contact for a few months over WhatsApp and it was confirmed that I was going to be the seventh guest on the series!

What was your first reaction when you were told you would be working with Stacey Dooley?

To be honest, I didn’t really let myself believe it was going to actually happen until quite far in the process. It felt so surreal that I was actually speaking to someone from the BBC, let alone the possibility of working with one of the biggest documentary presenters in the UK! I guess this comes from the fact that I was a child performer when I was younger and often would get auditions for TV shows that wouldn’t then go ahead so had taught myself to not get excited to avoid disappointment. But once everything was fully confirmed, the excitement definitely kicked in!

Did you find it daunting sharing such personal experiences on the podcast?

Of course it was daunting talking about something so personal and sharing my vulnerability on such a large platform. However, as soon as I met Stacey and Chessie (another producer) I knew that I was entering such a comfortable environment to share my story. Stacey had a lovely conversation with me prior to starting the podcast outlining how I was completely in control of everything and any questions I didn’t want to answer I didn’t have to. I could tell how much research and empathy she had surrounding eating disorders as she explained that she wouldn’t be talking about specific numbers and things that may have been triggering for me.

The thought of how the day would pan out definitely terrified me more than actually the day itself as I was constantly thinking of what I was going to say, how I was going to speak to Stacey, what if I say something wrong, etc. But it definitely helped that I was already quite open on social media sharing my experiences with anorexia and had amazing people surrounding me.

Once we got talking everything just flowed really well and at times I completely forgot I was talking to someone with such a high profile on a podcast – it felt so natural.

What was the most rewarding part of the process?

Being a part of something that is going to reach and help a large amount of people is the most rewarding thing I could ever ask for – I feel extremely privileged to have been given this opportunity. Meeting Stacey was obviously incredible too and I could really tell that she cares so much about the people she meets in all aspects. I really hope that in the future I can do more things such as this as it is such a big passion of mine to help others and spread awareness and having an insight into how Stacey and the BBC production team work has really inspired me to want to continue this journey further!

If you could give one piece of advice to your younger self still struggling with mental health issues, what would it be?

A saying that one of my therapists once told me is ‘nothing changes if nothing changes’. I think that that’s so poignant for anyone struggling with a mental illness, especially anorexia. The hardest thing for me was accepting that change must happen (in the form of gaining weight, eating without using anorexic behaviours etc) in order for me to achieve my dreams and I wish I could have told myself that change isn’t as scary as I thought it would be.

What do you hope others will take away from the podcast?

The biggest message I want to put across is that mental illness doesn’t define you and it shouldn’t limit your success. It can seem so impossible to think of a life beyond struggling with a severe mental illness, but it is possible and the rewards are so worth it. We do discuss difficult things but it’s a really uplifting episode that hopefully all inspire others who can relate to my story.

And finally, was working with Stacey everything that you had hoped for?

Completely, everything and more! She is such a beautiful person in every way, so down to earth and generous with her time. I am incredibly inspired by her work and her attitude towards life. I still can’t believe that I was able to be a part of such an amazing podcast series, I feel like the luckiest girl in the world!

Molly’s episode of “Fresh Starts” will be available to listen to on BBC Sounds on Tuesday. You can also stream the whole series here.