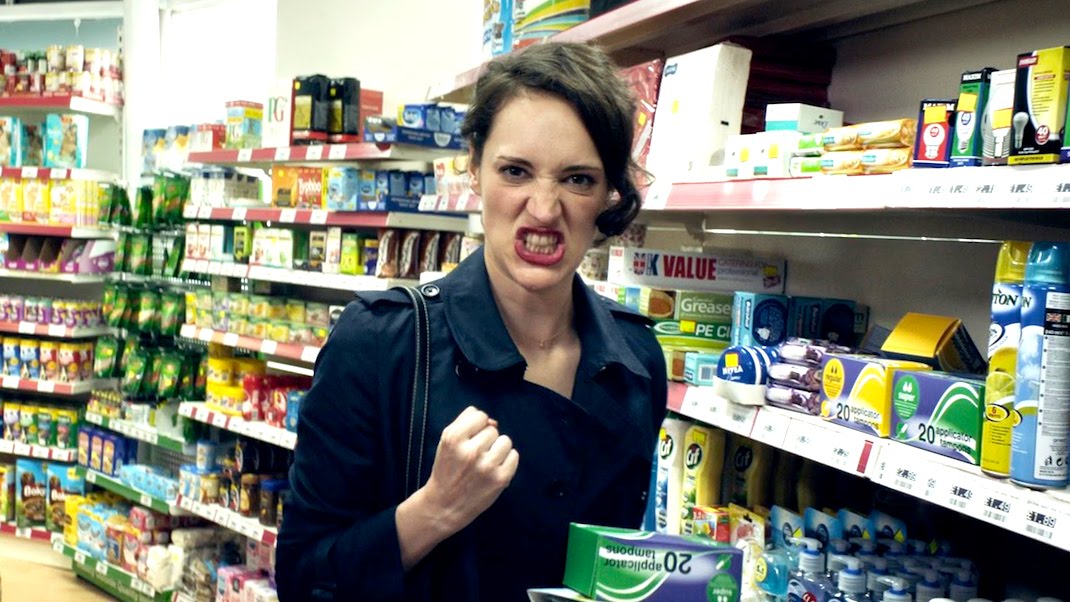 ”I sometimes worry that I wouldn’t be such a feminist if I had bigger tits” – Phoebe Waller-Bridge may not have social media to share her concerns on, instead, she dedicated an entire play and TV series to them.

As it was International Women’s Day on Monday, the majority of my social medias were littered with posts praising the power of females. Though this filled me with so much joy, the irony behind it really got me thinking…

Online, women fall victim to various offenses. Sometimes this is by being “slut shamed”, or compared to other women that have, more than likely, edited themselves to look completely different. However, there is one woman who has stayed well away from social media and managed to create an insanely successful play/TV series about an imperfect, yet extremely loveable, female. Fleabag’s raw honesty towards a camera is the attitude all women should adopt when it comes to creating their Instagram feeds.

Actress and writer Phoebe Waller-Bridge is extraordinary. Since creating Fleabag in 2013, she has won over ten awards (including three Emmys), yet has never composed a single tweet, nor thought of a catchy Instagram caption. In an episode of the How to Fail podcast with Elizabeth Day, Waller-Bridge admitted to finding social media too pressurising: “I feel like I’d have to be funny all the time’’.

Psychologist Nancy Mramor has said that “Social media has become a way to put…false images right in your field of vision…You can turn off a movie, close a magazine or consciously step back from a billboard, but not so much with social media.’’

During the Covid-19 pandemic, people are using social media more than ever. People rely on it as a way of staying connected with their loved ones, but this sometimes means having to scroll past something you don’t particularly want to see. If only Instagram had a private camera option where people could reassure their followers that what they’re seeing isn’t reality.

On the surface, some posts can make it seem like people have the best fashion sense, hundreds of friends, or the ideal home. However, if you zoom into their photos and take the time to really look at them, you can see the remote someone used to take their own timed photo, the airbrushed details on their skin, and the same backdrop throughout their feed (probably because the rest of their house is a mess).

In a recent interview with the Guardian, Waller-Bridge spoke about the impossibilities of being a woman: “We get the message about how to be a good girl – a good pretty girl, from an early age. Then at the same time, we’re told that well-behaved girls won’t change the world or ever make a splash. So, its sort of like, well, what the fuck am I supposed to do?’’

As well as comparing themselves to others online, women also face hate when it comes to the content they decide to post. Usually in the form of objectifying comments regarding their outfit choices.

Why is it that when men decide to post shirtless photos, the comments section is flooded with heart eye and fire emojis, but when women post in outfits that reveal a bit more skin, they receive more hate than Donald Trump did in the last US election? People’s personal profiles should be a safe space.

When women decide to post in more oversized clothes, they receive comments like: “this photo would be better if we could see what’s hiding underneath that hoodie”. We really can’t win.

When writing Fleabag, Waller-Bridge claimed that she felt strongly about erasing the stereotype of a “slut”.

“You’re always being told you’re at your peak, you’re the most attractive you’ll ever be, so get there and use it. You have a finite amount of time that everyone will want to fuck you. But it’s such a weird, conflicted message: … I must make use of this dying, shrivelling shell that I’ve been gifted for this short amount of time, but, at the same time, it’s ‘don’t be a slut’”. Reason 1735462 why Waller-Bridge should be Prime Minister.

So, instead of following the likes of Kardashians who set impossible online standards, we should be looking up to Phoebe Waller-Bridge. The woman that will “never get bored of seeing flawed women on… screens’’.