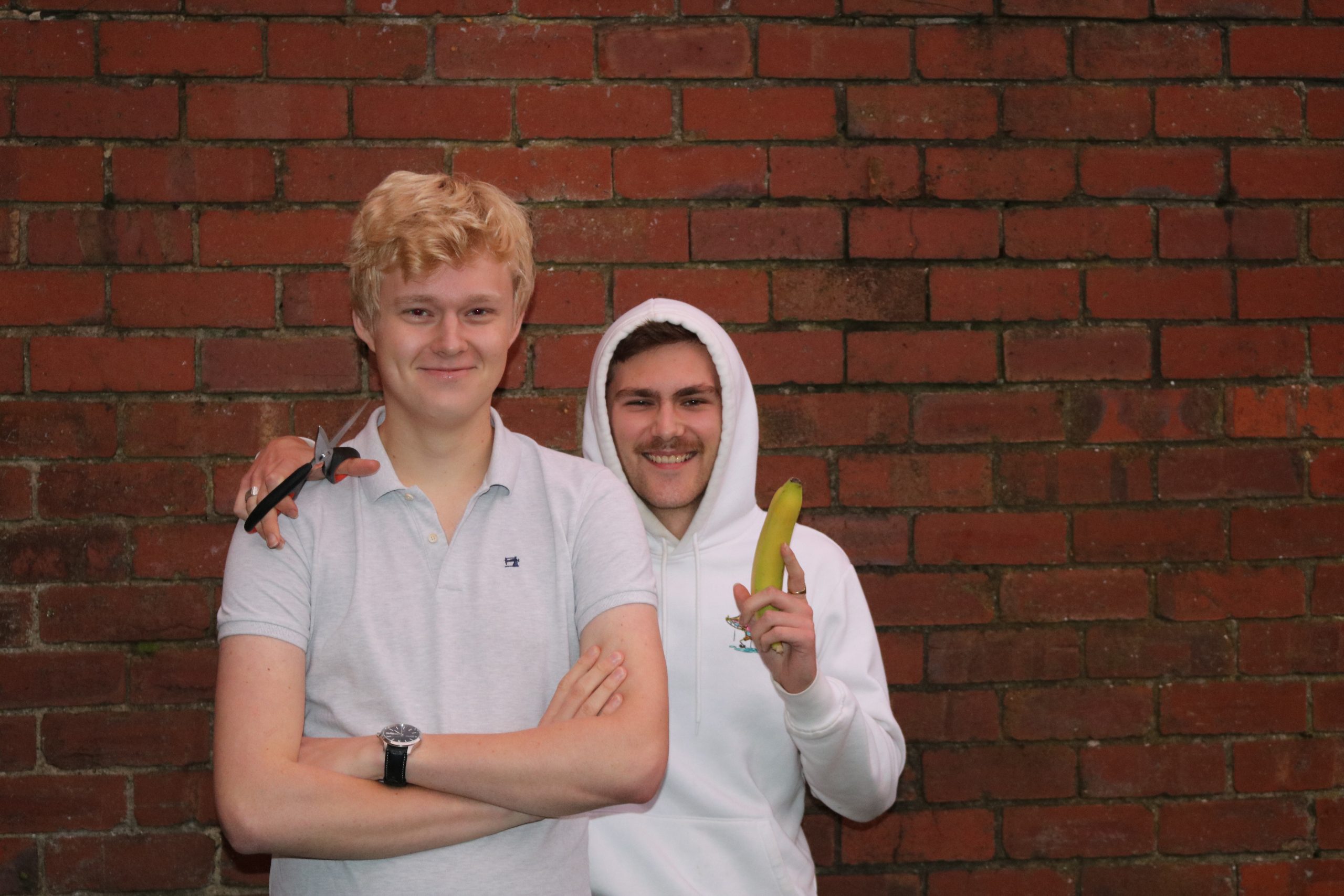 I was at a truly terrifying point of my life – you see, we were three weeks into a second lockdown, and my hair hadn’t been cut for over two months.

I had two options: either I grew out my locks until I transitioned into a mid-life crisis ex-Milkybar Kid, or I let my housemates loose. Considering their pots have not left our sink since mid-October, I was not confident of my chances.

However, many students did take this plunge.

Tom Willett, a third year History student, has become his house’s “designated barber”, having invested in a pair of clippers over the first lockdown to preserve his brother’s “fresh cuts”.

“I’ve become experienced with a pair of clippers – and sometimes even scissors – I have been able to attempt more sophisticated cuts. My repertoire has expanded to include skin-fades and mullets – with tram-lines and eyebrow slits optional extras.”

Distinctive and deeply personal, Tom takes “great pride” in the trims that quickly spread through his house: a source of connection as they grew together over lockdown.

“Cutting someone’s hair is an intimate experience for both parties – not only physically but emotionally. Sharing laughs with someone over the questionable state of their hair post-cut or both bathing in the glory of a job well done are both friendship affirming experiences.”

This success may not be all it appears, however, as a Vision investigation has found that these rave reviews do not extend to his housemates’ significant others.

Hannah Rimmington, a hanger-on to one of Tom’s mulleted-mates, exclusively commented:

“I would say that generally I’m all for home haircuts with no other option, however that opinion is very much reserved for when Tom doesn’t give your boyfriend a mullet.”

It appears that they were lucky they are separated by the Lockdown, or we suspect that there would have been hell toupee for the amateur barber.

However, even for those less experienced than Tom, the experience can be a life-affirming experience, allowing students to break free from lockdown limitations – as Alex Rich, a second year Politics and IR student found out, “it offered privacy should the cut have turned out dreadfully”.

“To put the future of your barnet in the hands of another requires a strong element of trust, this bond has been tightened since as I found myself pleasantly surprised with the result and my housemate’s decision to not shave Harry Potter’s scar or the Nike logo into the back of my head.”

“These are already strange times so why not cut your hair to match them? If you’re unhappy with the result then use it as an opportunity to raise your hat game and, if you are truly embarrassed by the trim, then utilise Zoom’s ‘Camera Off’ button in seminars.”

Marco Phillips, decided not to take this risk, taking the bold option of becoming his own barber.

How did this go? Well, he’s now entirely bald.

“Preferred method was just razor right over the top. Just have at it. I mean, I tried to do scissors first but I’m a terrible barber, so it ended up that if I was going to do anything else it would have been patchy. So I just thought: let’s have it all off.”

However, Marco, a first year Sociology and Criminology student, ironically stands by his criminal hairy exploits.

“For some reason I’ve always had a weird thing where I’ve always wanted to see what it’s like to go bald. Obviously seeing all my hair come off was dramatic, but I felt like I was a new person. I felt rejuvenated.”

Unlike hair on his head, the idea certainly seems to be growing on him.

“Shaving your head makes you feel a bit more urban, and a bit more sketchy, let’s say, and edgy, which is not quite the kind of vibe I was going for, but if anything it was positive. I mean it did make me feel like, well let’s just do more stupid shit in life. That’s going to bring different elements into making life more exciting.”

In fact, Marco has taken it upon himself to commit a repeat offence, and re-shaved after receiving a kind-hearted “compliment” – however, he does admit that the experience has not been entirely joyful.

“90% of people have just hated it, and I just missed having hair, and my head was cold.”

This threat has not dampened Tom’s enthusiasm, as he insists that despite the possibility of a close shave, students should not be afraid to take up their shears.

“Home haircuts are certainly the way to go in my opinion. Occasionally a trip to the barbers is necessary, but for keeping your hair in a permanent state of beauty for only the initial cost of the equipment, home haircuts are perfect.”

While his own experience has admittedly been “a trial and error process”, Tom was keen to pass on the bald facts to ensure you stay a cut above the rest.

“Pay close attention next time you are at the barbers and then watch a YouTube video or two before having a go yourself. If you’re feeling brave though, and have a willing subject, jump right in. Once in the groove then you can think about investing in some equipment.”

However, no matter how much my housemates comb through the internet for tips, I have to admit that it will be a long time before I wrap a towel around my shoulders for any of them.

While I strongly agree with Tom’s enthusiasm, and his clippers’ signature styles bring as much joy to my life as they do pain to Hannah’s, I have to admit that I worry I will have neither the dexterous flair or sheer swagger to pull off one of these lockdown looks.

Considering my housemates, I also don’t think I’d suit one and a half ears.

Instead, I am left to vainly pray that when my local reopened I was more of a Chris Hemsworth than a source of mirth, more surfer dude than dog-chewed.

But hey, who knows what the future holds? Maybe we’ll all get a second chance to delve into this epic dilemma.