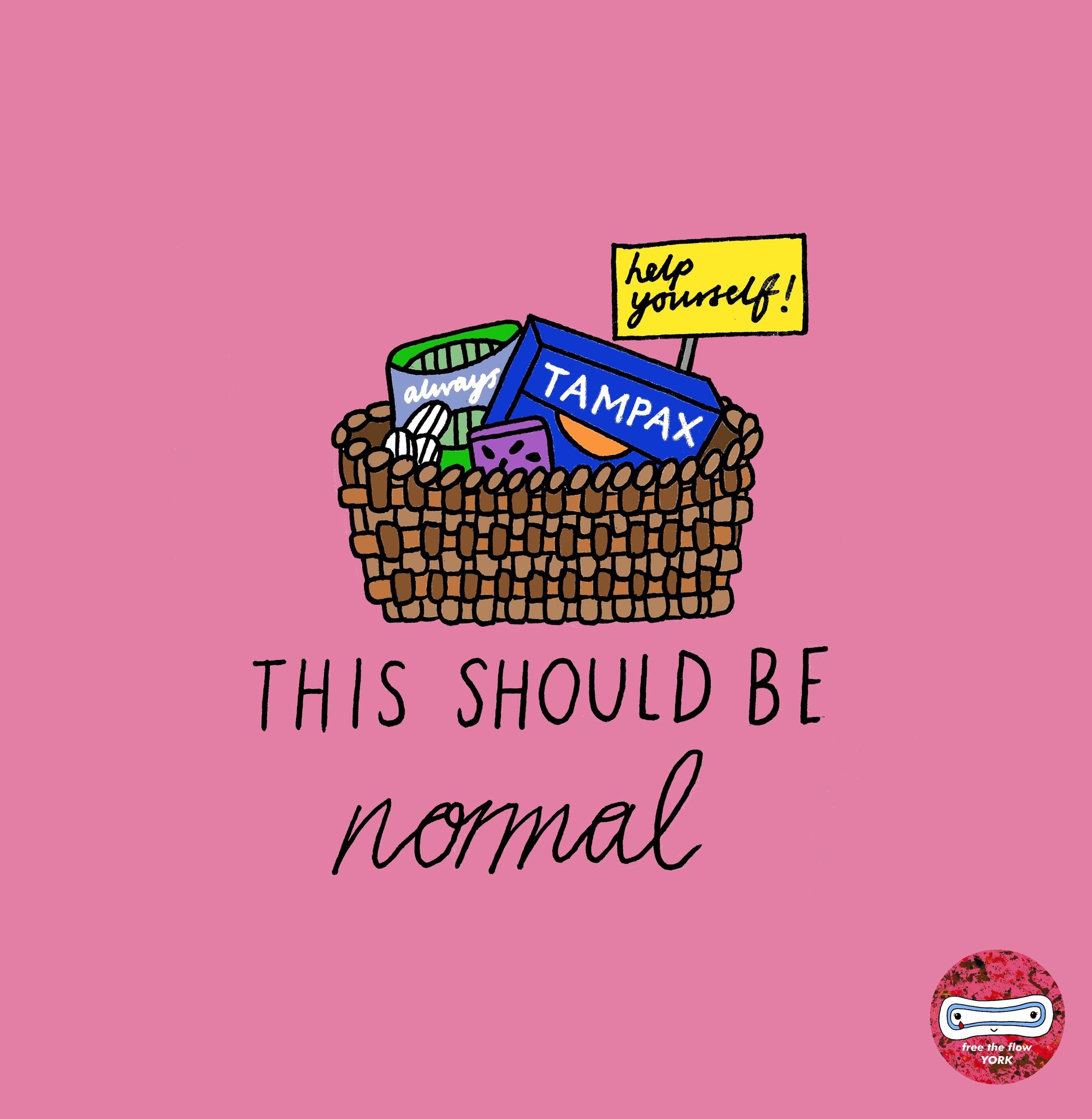 Scotland has made history for being the first country to offer free sanitary products, in a bid to end period poverty. However, one society on campus, Free the Flow, has been pressuring the Students’ Union and University to enact the same change for over a year now.

“We are a student led volunteering group that campaign for equal access to period products, on campus, in local communities, and globally.

“We want to end the stigma around periods, to educate people, for those who menstruate, and those that don’t.”

And the group have indeed lived up to their aims – around 200-300 period products have been sent to a local women’s refuge, along with countless others sent to foodbanks. Their influence is not just localised, with products and sustainable resources being sent to The Gambia.

“That was phase one – immediate relief for the emergency where they just didn’t have any products… but we’re in the process now of working there, to help set up a small workshop type school, so that women can make their own pads, and sell them, and it becomes more of a business”.

It was volunteering at these food banks which led to founding member Holly launching the society, as she witnessed people having to choose between menstrual products and food.

Initially,  she was thinking about the York community, “But actually, once we started talking about things, we realised that there would be people closer in the University community that wouldn’t be able to afford products”.

Ratification of the society was completed in September 2019, and the group had one clear message: students can experience period poverty – something that has become much more apparent with the impact of COVID on students’ financial situations.

“There are schemes for teenage girls, and food banks support adults, and the government supports primary school children. And we just found this gap.”

Lockdown restrictions only intensified Free The Flow’s efforts in ensuring students had access to menstrual products, with a scheme set up to send out period products across the UK: “I’m really glad we’re able to do what we do. That scheme showed that there were people that needed it”.

As a society, the group has been met only with high numbers, both in membership and social media attention; with over one thousand followers, the group have been able to send out information, whilst also creating a distinct, aesthetic image for themselves, paying illustrators to create content for their accounts.

The group have not always been so financially comfortable, with money being the biggest obstacle to their creation: “We started the project without a penny to our name.

“I held a bake sale at my house just to get that initial bit of cash to give… we got turned down for one grant because we needed to prove what impact we will have, but the irony was that we didn’t have any money to make that impact”.

Despite this, they now find themselves to be one of the biggest volunteering societies on campus – a number which had admittedly dropped this year with activity changes, but an impressive all the same.

This allowed them to enact some changes to campus provisions, and stigma: “the colleges are so supportive… they had collection boxes last year and they’re having them again his year.

“The colleges and departments also sent out an email letting students know about the scheme over lockdown”.

Their next target, however, is the University, in providing products across campus for students, which will involve handing the Vice Chancellor a petition: “We hope the University will be supportive.

“Our biggest campaign goal is free period products on campus, and the petition is crucial to that”.

On a somewhat smaller scale, there were talks with the Library in setting up a pilot scheme: “they got in touch with us and called us to meet with them, because they’d heard about us”.

Unfortunately, as plans began to be voiced, the nation went into lockdown, which stalled the progress for the group, but the signal from the Library to the University remained – “it’s quite manageable and normal to be doing”.