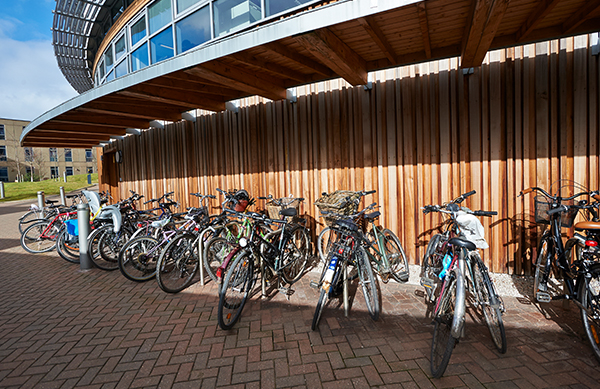 A study by internet site University of Bantshire listed the University of York as the third highest university for cycle spaces available to students and staff, according to a ranking on their website.

York ranked higher than universities such as Oxford, Nottingham and St Andrews.

The study was conducted by calculating the total number of staff and students who commute to university by bike, and using the percentage modal split for commuting data from the Higher Education Statistics Agency (HESA). This figure was then compared to the total number of available spaces at each university.

The universities at the top of the ranking were those that had excess cycle spaces available for all the staff and student cycle commuters.

The University of York was found to have 5,494 spaces available for the 3,406 staff and student cycle commuters, leaving an excess of 2,088 spaces.

The findings of the study reveal a great number of cycle spaces still available for students, and although the public transport links provided by the University are great, cycling offers a greener and healthier alternative for students.

The study highlights a promising role the University does play in contributing to a more sustainable campus.