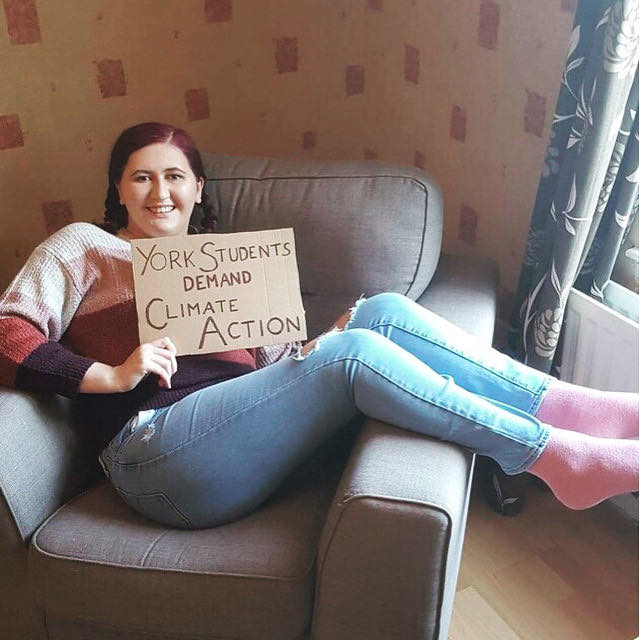 The overall aims of the bill include:

The bill has gained excessive MP support, with 81 MPs openly vouching to vote for its progression into UK law. Notable supporters include Diane Abbot, an MP for the Labour Party in Oldham East and Saddleworth, Jeremy Corbyn, Labour MP for Islington North and Caroline Lucas, Green Party MP for Brighton Pavillion.

The political activist group ‘Extinction Rebellion’ have also announced their support of the bill, believing the bill can “change our course—making the government act with the urgency we need and involving everyday people in a Citizens’ Assembly that has  real bite”.

“If the CEE Bill is made law, the government would have to act fast, accounting for our entire carbon footprint while actively conserving nature here and overseas. We hope that this bill will set a precedent that can be replicated across the world.”

In order to do this, they first need YUSU backing, which will then pressure MPs into supporting the bill in Parliament and widen public knowledge about the content of the CEE Bill.

In light of this, the University of York digital climate strike took place under the campaign ‘York Students for Climate Action’ On Friday 13 November. With COVID restrictions the event had to take place online, but students who participated left their university commitments for the day in the hope that YUSU will take action regarding the climate crisis, and also support the CEE Bill.

The strike lasted all day and images were encouraged to be posted on social media of students holding placards under the hashtag ‘YorkUniClimateStrike’, to raise awareness of the strike itself and to demonstrate to the university the huge amount of support the issue holds.

Pressure will continue to be placed on the University by this campaign group and with the active support of Extinction Rebellion, many MPs and a wide variety of professors and scientists, the goal for students is to gain the support of YUSU and ultimately have the CEE Bill pass through parliament successfully.

If you wish to support the CEE Bill head to this website.