The Unsurprising Victims of Staff

Student assessments and graduations are currently threatened by a marking boycott, if a pay dispute between Universities and staff is not resolved in the next two months. If the marking boycott is to go ahead, this will affect 69 Universities and will be the first enforced marking boycott by UCU since 2006. Despite staff being offered a pay rise of 1% and vice chancellors an average pay rise of 5.1% (with average salaries at £235,000), the overwhelming majority remains unsatisfied by the changes made.
But is this fair on the students that this will inevitably affect? Should students be part of a bitter row over university staff pension schemes?
Under the marking boycott, UCU university members will cease to mark important assessed work, including work that goes towards final degrees or PHD theses. This also threatens coursework assignments and examinations this academic year. Whilst UCU members will continue to lecture and give seminars, students’ work, most of which is crucial towards attaining their degree, or to receiving approval for PHD work, will remain unmarked for an unannounced period of time. This will naturally affect progression from one stage of study to another and inevitability hinder the academic progress of individual students working towards a degree.
Whilst it can be appreciated that the UK’s average lecturer has seen their pay fall 14.5% since 2009, is this enough of a reason to have students suffer the consequences? Their pay might have fallen but tuition fees for students have tripled in the last couple of years, putting strain on the student and students’ families to enable them to attend university. If students are to pay an enormous fee of £9,000 a year, they should be entitled to the full teaching and academic experience that they have paid for.
Most crucially, a marking boycott would result in affecting final year students. This means that thousands of third year students are facing the threat of not receiving a properly classified degree and consequently not being able to graduate in summer 2015 as expected. This will also affect employment prospects and plans for final year students. Moreover, the marking boycott will have a serious impact on more than 130 PHD students due to take their vivas over the next two months and those taking exams in January.
The issue is, therefore, not that highly skilled staff should not dispute the pay they are given, but the way in which the Union have chosen to have this affect the students directly with a marking boycott. Nevertheless the industrial action follows a ballot of UCU members at 69 universities with 87% voting that they would take action short of a strike. In many ways, the marking boycott is adverse to the very teaching principles that university staff would uphold and arguably is a disservice to students who attend university to be taught by the country’s leading experts in their profession. University staff may have worked many years in their field and feel they deserve to be paid more but equally students who have worked hard to get into their university and have worked three years to attain their degree will also feel hard done by in the decision made by UCU.
The University of York is confirmed to review its stance on docking pay in response to complaints. However, this leaves 68 other institutions at risk of jeopardising thousands of young adults’ education.
Bottom Line:
University staff may have legitimate claims, but harming students isn’t a fair way of protesting. 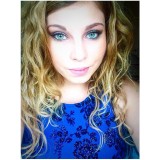