The Large Hadron Collider (LHC) was first switched on ten years ago in February 2009. Since then, the field of physics has taken great leaps and strides.

A huge amount of this progress has come directly from work done in CERN, a scientific institution based in a sleepy Geneva suburb. From little Big Bangs to huge societal changes, it will be interesting to see how the LHC impacts scientific thinking next.

Perhaps the most famous of CERN’s scientific achievements? The God Particle. Properly called the “Higgs boson”, this was the theoretical particle used in the ‘Standard Model’ of subatomic particles, which gives all matter mass. If the Higgs boson didn’t exist, we’d all be constantly wandering through tables and walls like nothing was there. Fairly important, right? But the major issue facing physics in the late noughties was how to actually find it. The Higgs boson is very, very large (in quantum terms). A huge amount of energy is needed to actually see it and its effects. All “superconducting supercolliders” (the fancy name for what the LHC is) were too small and weak to deliver the energy. The LHC, though, could get particles up to enough speed to isolate the Higgs boson, finally winning Peter Higgs, the person who proposed its existence in 1964, the Nobel Prize in 2013. Being proved right in science can be a long, long wait.

Another thing to consider is how the LHC has affected public discourse. When the LHC first came online, it was met with huge fanfare. People worried it would create an unstoppable black hole that would swallow the Earth and end all known life. This was, of course, a case of massive scientific misinterpretation. But it speaks to a greater truth. Physics, and science in general, is messier and more complex now than it’s ever been. CERN have therefore spent big on scientific education, offering trips to school children across the globe, in an attempt to demystify what the LHC does. Essentially, the LHC smashes very small things together very, very hard. Science is a mystery, but an explainable one, and CERN’s cutting edge discoveries have been amazing for engaging with public awareness.

So where do we go from here? There are plenty of puzzles still out there, such as the supersymmetry of quantum particles, quantum gravity, and quantum effective field theory that physicists are currently working on at the LHC. Hopefully, these searches will lead to breakthroughs that give us untold benefits: ultrafast broadband, electricity that’s as cheap and plentiful as air, and much more that’s yet to be predicted. For that, we should raise a glass to the LHC, and wish them another happy and productive decade. 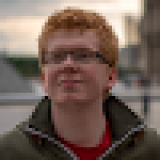