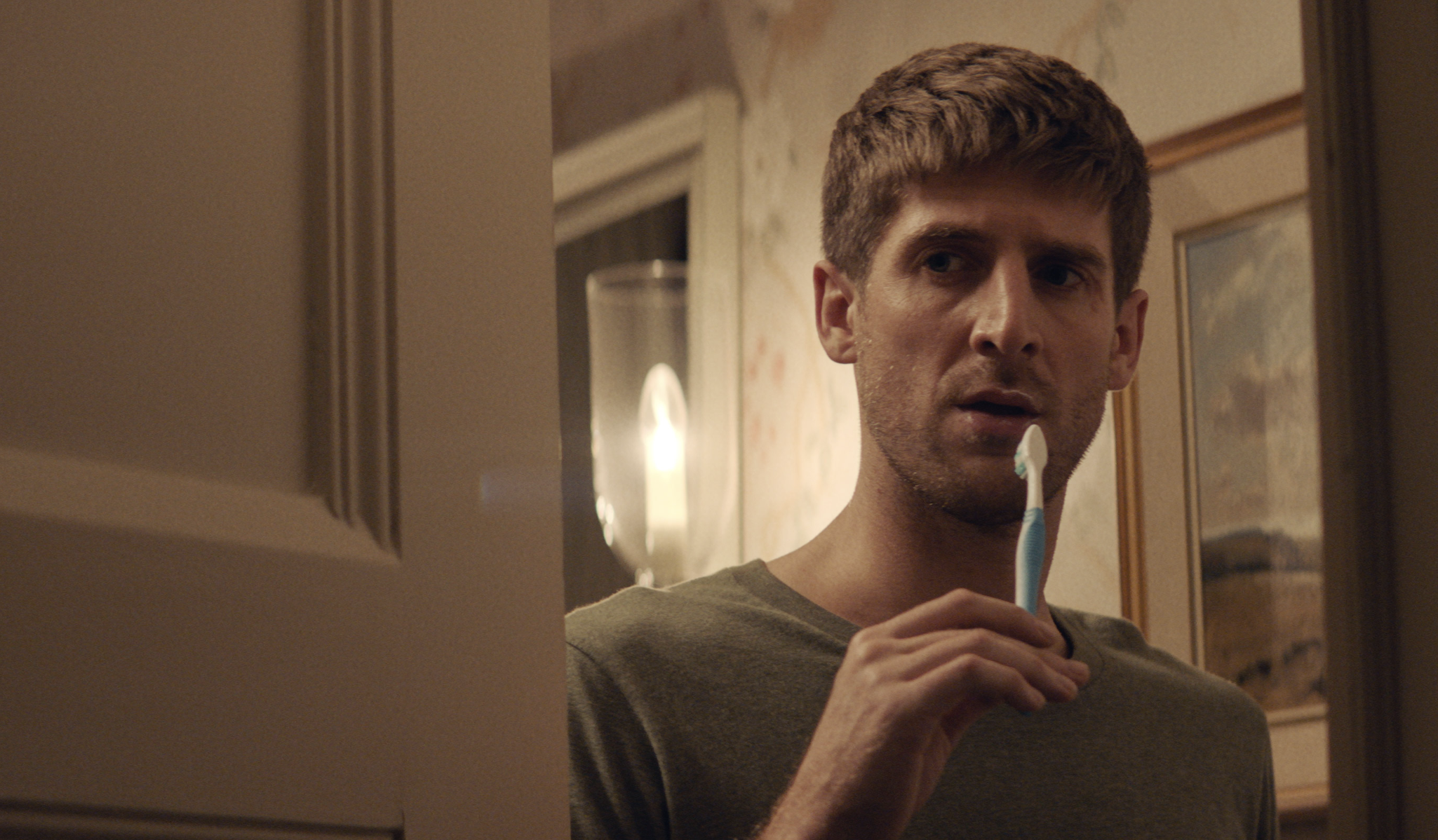 On Wednesday June 1st we settled down at York’s very own City Screen Picturehouse for an exciting preview screening of All My Friends Hate Me followed by a Q&A with an array of Toms, as the film’s writers Tom Stourton (who also plays the film’s lead) and Tom Palmer were in attendance. Following a brief introduction from Stourton and Palmer telling us to expect “a film about social awkwardness”, the lights went down and the film began.

Al My Friends Hate Me is an excellent film that fills you with angst and paranoia for pretty much the entire runtime, as it explores social anxiety and class guilt in the only way Brits know how, through black comedy and self-deprecation.

Pete (played by Tom Stourton) is ready to settle down in life and propose to his girlfriend Sonia when his old university friends that he’s not seen for years invite him away to the country one weekend to celebrate his birthday. He arrives to find that none of them have grown up and they’re all just as immature as ever. Pete is baffled by his mates’ decision to invite a feral stranger that they just met in the local pub to stay with them and, over the course of the weekend, Pete begins to reach his breaking point.

At every moment, both Pete and us as an audience are unsure whether he is part of some sick joke and something’s happening, or if he’s just being paranoid. This tense claustrophobia continues the whole way through, right up until the very end, with the film playing out like a horror.

Director Andrew Gaynord’s debut feature is a remarkably gripping and darkly funny watch that feels all too real. The dread you feel sat watching this film is unmatched, as it manoeuvres between the darkly comic and dryly funny comedy, as well as the suspense.

The film has you on edge as you never know if it is all a joke at Pete’s expense, if there’s something else going on, or if he’s just paranoid for no reason. As the film draws towards its close and secrets start to get revealed, the film loses its way a little bit- however, it remains nail-bitingly tense and full of razor-sharp wit.

As for the Q&A with the writers afterwards, it was very fascinating to learn of some inspirations for the film. Tom Stourton spoke of a wedding he was invited to where he didn’t expect to be invited. He partied a little too much the night before and spent the whole wedding paranoid that he’d been invited as some sort of joke. And it was this “existential angst” that he wanted to translate into the film.

Whilst writing the film, neither Tom had any idea that Stourton would play the lead role, but that sort of just came about when working out what sort of film they were going to make and finding financing. And even though the ensemble cast were all good friends on set, they did still play some “spooky pranks” on each other, like hiding in wardrobes to jump out and scare each other.

All My Friends Hate Me opens at City Screen Picturehouse on June 10th.