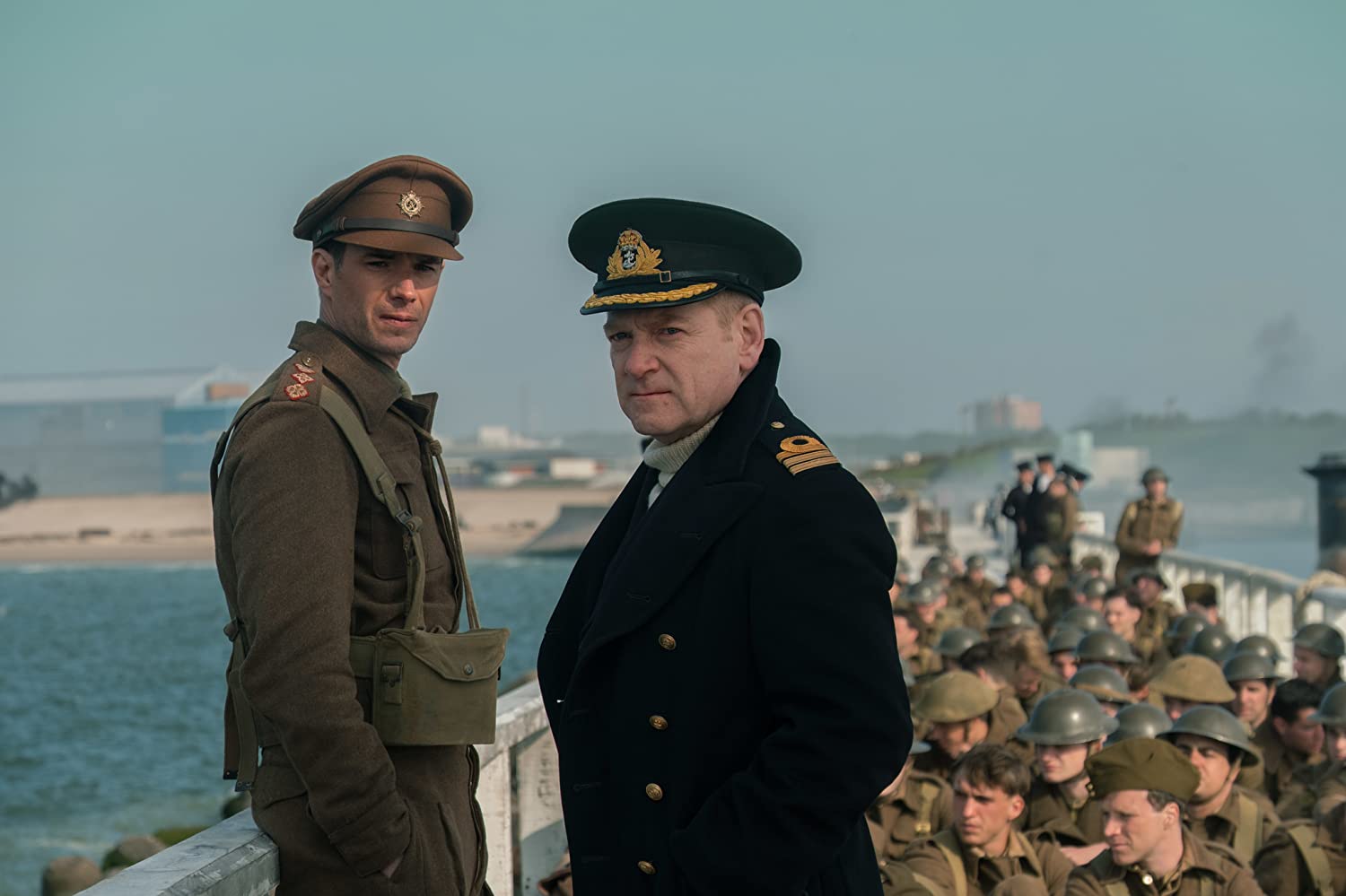 I have no doubt in my mind that screenwriting and film-making students will be studying Dunkirk in the coming years and for good reason: it is brilliantly and persistently tense.

The triad of converging narratives in Nolan’s picture paired with the relentlessly fast tempo of Hans Zimmer’s score manages to keep the audience off of their seat from the opening sequence until the credits roll.

Therein lies the ingenuity behind this masterpiece; not in the tension it creates, but the way it sustains it throughout its 106-minute run-time via the ticking-clock of Zimmer’s unwaveringly high-tempo score.

The widely-focussed narrative of Dunkirk is another Nolan masterstroke with his ensemble cast each contributing an amazingly realistic performance to give this movie a terrific sense of scale, a feat that, if Nolan got it wrong, would have done a disservice to the memory of this pivotal military event.

In a variety of brilliant performances, special mention goes to Kenneth Branagh, Cillian Murphy, and surprisingly, Harry Styles, for their portrayal of the effect that the evacuations would have on the men involved.

Even at a non-IMAX screening, the beauty of the aerial shots was astounding and again provided scale to the event. The ground-shots of the beach were equally as beautiful and the tragic juxtaposition of the beauty with the horror of war really hit home how hopeless the situation was and provides the audience with an even greater emotional payoff when the film finally relents.

This relent perfectly encapsulates the bitter-sweet, or sweetly bitter, nature of the evacuations and puts the audience in both schools of thought nearly seamlessly and without conflict.

In summation, Dunkirk is a cinematic masterclass in tension that pays homage to the “victory” of the evacuations and the tragedy of those lost in perfect balance. Quite simply put, Dunkirk is Nolan’s magnum opus.

One thought on “Dunkirk: A Masterclass in How War Films Should Be Made”