The Shining is a classic. It has everything a scary horror film should have: great acting, creepy villains, and slow-building tension.

For the first time viewer, there is a genuine sense of fear and uncertainty about whether the Torrance family will survive the film or not. It also has a complete story – despite a few unanswered questions, The Shining didn’t feel like it needed a sequel any more than it needed to be remade.

That didn’t stop Mick Garris from turning the Shining into a cheesy miniseries back in 1997 and it didn’t stop Paul Moravec from adapting it into an opera, of all things, in 2016. Proving that it’s impossible to learn from other people’s mistakes, Mike Flanagan announced his intention to both write and direct a sequel to The Shining in January 2018.

There are plenty of ways Flanagan could have continued Kubrick and King’s sinister story. It’s a premise that inspires questions, and in the nearly four decades since The Shining came out in 1980, people have debated endlessly about almost every aspect of the film. Are the ghosts real? Does Jack have the shining? Who is the man in the end photograph? Is the film really one giant apology by Kubrick for faking the moon landing? (yes, some people actually believe the last one)

Doctor Sleep does its best to eliminate the mystery surrounding the Overlook Hotel and Danny’s powers without providing any satisfying answers. Instead, Flanagan – in a screenplay based on Stephen King’s book – chooses to answer very different questions: Do cats have the shining? How much is the rent on an apartment in New Hampshire? How obnoxious can a cameo from the original Danny be? Is that kid from E.T. capable of a decent Jack Nicholson impression? (yes, E.T.’s Elliott really does play Jack Torrance)

None of these questions feel like they have anything to do with the story, much like the movie itself. Gone is the creepy, claustrophobic atmosphere of the Overlook Hotel. Gone is the slow, suspenseful build up towards Jack’s inevitable mental breakdown. Instead, what we get is something akin to a buddy cop movie featuring Obi-Wan Kenobi attempting to defeat a team of X-men rejects with the help of a cat and a seventh grader. The plot is rambling in the first half and predictable in the second, suddenly switching from a cat-and-mouse game between the villainous True Knot and buddy-cop duo Danny and Abra to a rehash of The Shining’s greatest hits. All the classic scenes are recreated with meticulous detail – the creepy twins, Danny on his trike, “Here’s Johnny!” – but without a fraction of the intensity or emotion of the original. Not since Gus Van Sant’s 1998 version of Psycho have shot-for-shot remakes been done so poorly.

The only advantage Doctor Sleep has over its predecessor is the nostalgia it inspires: watching a terrible horror film gives us a good reminder of just how brilliant the Shining really is. Decades of parodies and pop-culture references have done nothing to diminish the horror of Jack’s bloodthirsty rampage or the terror of the Overlook itself. Novelty is not the same thing as originality, so if you want a great horror film about family, isolation, and the supernatural; look no further than the original Shining. 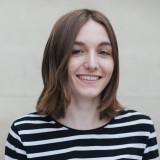