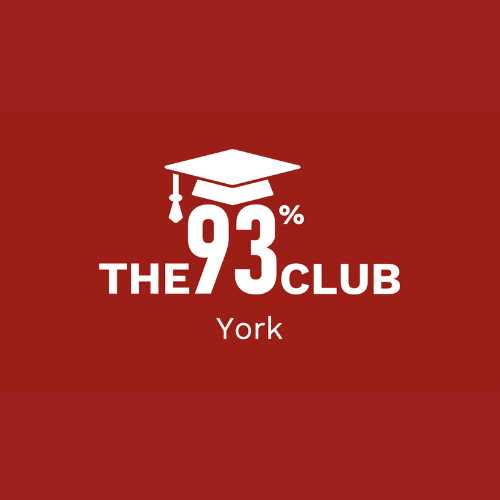 Toby Spaxman interviews Caroline Manakit, the founder of York’s 93% Club, the nation-wide charity championing the 93% of university students who are state-educated.

State-educated students are underrepresented in all levels of society. Despite only accounting for 7% of the population, private-school students account for 74% of judges, 61% of Fellows of the Royal College of Physicians and over 50% of Cabinet members. In its own story, The 93% Club “aims to redress this gap by giving university students from disadvantaged socioeconomic backgrounds the opportunity” to “become serious competitors in the job market”.

Manakit starts by telling me about 93% Club’s founder, Sophie Pender. Having been the first in her school’s history to achieve straight A*s, and the first in her family to attend university, she believed gaining a place in University of Bristol was her “golden ticket”. However, it was after graduation that Sophie realised was “the first step in what was going to be a much longer journey than I had expected”.

In March 2016, she founded The 93% Club to try and level up the educational playing field. And over the last four years, they have been “empowering thousands of students to believe the world is their oyster, giving them the necessary skills to go out and make the most of the opportunities in front of them”.

It was in this spirit that Manakit contacted Pender to set up the York branch. Currently, a second-year Philosophy student, but originally from a state-school in Durham, Manakit found she had “had enough of being embarrassed to talk about her background… As the only one in my flat who went to state-school, I started to feel alone, uncomfortable with myself and my background, and I thought I can’t be the only one like this”. So in June 2020, The 93% Club society was set up in York. It was the eighth branch in the country, but the charity is currently pushing 50 Universities nationally.

“Essentially, it is a society that platforms state-educated students to come and learn about professional development, how to get into competitive careers, break the glass ceiling, partner up with firms and have the opportunities that the privately-educated students have been benefiting from without our knowledge”.

Manakit explained that there is a combination of social and financial factors which prohibit state-educated students from achieving what their counterparts do. She explained that having been involved as Secretary of the National Committee, and talking to members across the UK, a lot of students have the grades, have the ability, but lack networking skills.

“They feel as if they go to all these firms and they don’t see a lot of people like themselves. They don’t know how to dress because their parents don’t work in the fields they want to work in, and these firms are all in London. But I think there’s an element of social capital as well. Not having the confidence to know how to network and not sure how to. Our core mission is ‘Connecting. Empowering. Upskilling’”.

Practically speaking, this has resulted in the upcoming Employability Week on 6-9 April. The National Committee, with help from the York branch, have created a week-long event with a variety of professional development sessions from law, finance, arts, with employers from across a range of areas and careers, to practical skills such as interviewing and CV writing. More information can be found on The 93% Club‘s social media, notably Instagram.

The 93% Club is in its early days clearly, and has been hampered by COVID-19. Manakit expressed disappointment for the lack of in-person events from this term: “One of the things I really wanted to do but never could was in-person LinkedIn headshots. To work with the University and get a photographer and do free headshots to LinkedIn or their CV, and have a social at the end where members could meet other like-minded people at the end”.

But she added, “I’ve loved it. It can honestly say that this has been the best experience at University so far. It’s a society about social mobility, it’s nationwide, it’s such a pressing issue, but there isn’t a lot of ‘doing’ about it. All these firms want to recruit diverse talent, but that talent has to be creating, and the current statistics are heart-breaking”.

Manakit has left as President due to commitments to the National Committee, but The 93% Club have got “a new excellent committee, which are trying to maximise engagement with members, making the most of social media and online events”.

She finished with a full-fledged endorsement for new members. “I would try and get everybody involved, whether you’re a First, Second, Third or even post-Grad. You can get involved by becoming a member on YUSU, I made membership free, and come along to our events, stay engaged, and constantly tell us what you want to see and we’ll try to accommodate it”.