Jonathan Higgs, frontman of Everything Everything, considers his music “magical”, asserting that their debut album sounds like a release by “Harry Potter’s favourite band”. The eclectic Man Alive was released last year and received critical acclaim from a whole range of sources, which is unsurprising considering its stylistic make-up. When asked if the band ever have to tone down their musical amalgamations, Higgs explains:
“We simplify some crazy sh*t! We feel it’d be a bit too much of a meal to watch us play the whole album live. We’re trying to make the next one full of dazzling moments alongside moments of real maturity… be a bit more laid back and not worry about filling every second with a new idea. Letting things breathe a bit more.”

And there’s no doubt that the foursome will take relief in this new found respite after their successes during 2010. After making it onto the BBC Sound Poll 2010, Everything Everything were snapped up by Geffen Records and released their first track, ‘Schoolin’, which has been described as sounding like “an iPod on shuffle”. Make of that what you will.
“Being on the poll didn’t really mean anything at first, but in hindsight we owe a lot to the BBC. We just thought ‘Oh, that’s nice, it’s a list’, but as the year went on, we found it coming up again and again and again. Particularly when we went abroad and they didn’t know anything about us, but they’d still say ‘the BBC list!’ We thought, what’s going on? This is huge around the whole world.”

Things continued to progress for the band as they were nominated for an NME award earlier this year.
“The ceremony wasn’t really what I expected. It wasn’t like it looks on TV, it was just a succession of people wandering up to the stage and saying stuff and then wandering off again. It wasn’t very magical really, I don’t know what I expected. But when Dave Grohl, the teenage hero of pretty much everyone our age, was just wandering through the crowd with his guitar and playing in front of us, we just thought, what the hell’s going on? This doesn’t feel real at all!”

Higgs is also the director of the group’s surreal music videos, explaining: “I made a couple of films at uni, then when I left, we started the band and I thought ‘we’ll need some videos’. So I gave it a shot myself and somehow it worked. When we got signed and had a budget, we thought we’d try using professional people, but to be honest, I think we much prefer the ones we did ourselves. We make them ourselves again, now.”
He also expresses his slight quibbles with their promo photos: “We kind of look like trannies on those pictures, we have so much make up on and there’s so much Photoshop!”

‘Photoshop Handsome’ is often cited as the band’s best single, after its release in 2009. The lyrics talk of inorganic photoshopping and almost attacks the photographic industry with lyrics such as “Airbrush! What have you done with my landscape? Flooding the fields with this clone shape?” and “my teeth dazzle like an igloo wall”.

However, Everything Everything’s attitude towards the mainstream is much the same as many other bands’ and music fans’, who delight in the somewhat sexy glimmer in the lack of commercialism.
“I don’t care about commercialism much anymore, if you’d asked me when I was 17 and I’d have been like, “f*ck major labels, f*ck radio!” I don’t feel the opposite to that anymore but I don’t care where we’re placed within mainstream or otherwise, as long as we stick to our own music and our own beliefs then I don’t really care where we are or what people think of us. To be false is the worst thing you can be.”

Similar is Higgs’ belief of the big four. “To try to make it without a label is more possible than ever, but there are so many bands around nowadays. The line between being in a band and being in a professional band is pretty hazy – if you’re making music and you put it online, then you’re a band and you don’t make any money. We make music, it goes online, we don’t really make any money! It’s much more in the hands of the people now, like it used to be before the invention of record labels.”

The Northumberland-born singer is also in favour of consumers paying for downloads, despite their liberty to listen to music for free.
“Spotify is great to use, but sucks if you’re a band. I can’t complain because I was a prolific downloader in my teens and it’s great to have free music at your fingertips. The money that the bands aren’t getting, they probably wouldn’t get anyway now, so overall, it’s probably good for music. Lots of bands are staying alive now due to exposure. But my opinion is, pay for it! Though if you don’t, listen to the adverts.”

It’s a fair claim, though the singer makes it clear that he doesn’t expect music consumption to remain the way it is. After a brief discussion of Radiohead’s method of releasing EPs, he soon moves on to talk about his idols.
“I guess I realised that particularly Radiohead and Muse were using falsetto a lot and I liked the sound of it. I tried to do it early on and it slowly developed into this weird thing of moving between falsetto and not falsetto, sort of due to my inability more than anything. I got better at that until it turned into a new style for us and now we can’t do anything else, it’s our style.”

Though sure of the band’s style, Higgs depicts his willingness to move towards spontaneity during the recording process after the slightly more rigid approach during Man Alive.
“We’re in the middle of writing at the moment and we’re trying to be a bit more free with stuff. There is the still usual mixture of laptop demos and riffs but we’re trying to be a bit more collaborative as, rather than The Demon Headmaster just bringing in something that we must play! That’s me of course. Yeah, we are getting better at being more spontaneous. We went through our latest single in the studio and we ended up writing something really successful there and then.” 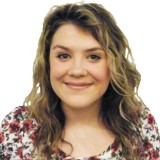